A Way Out – Official Review 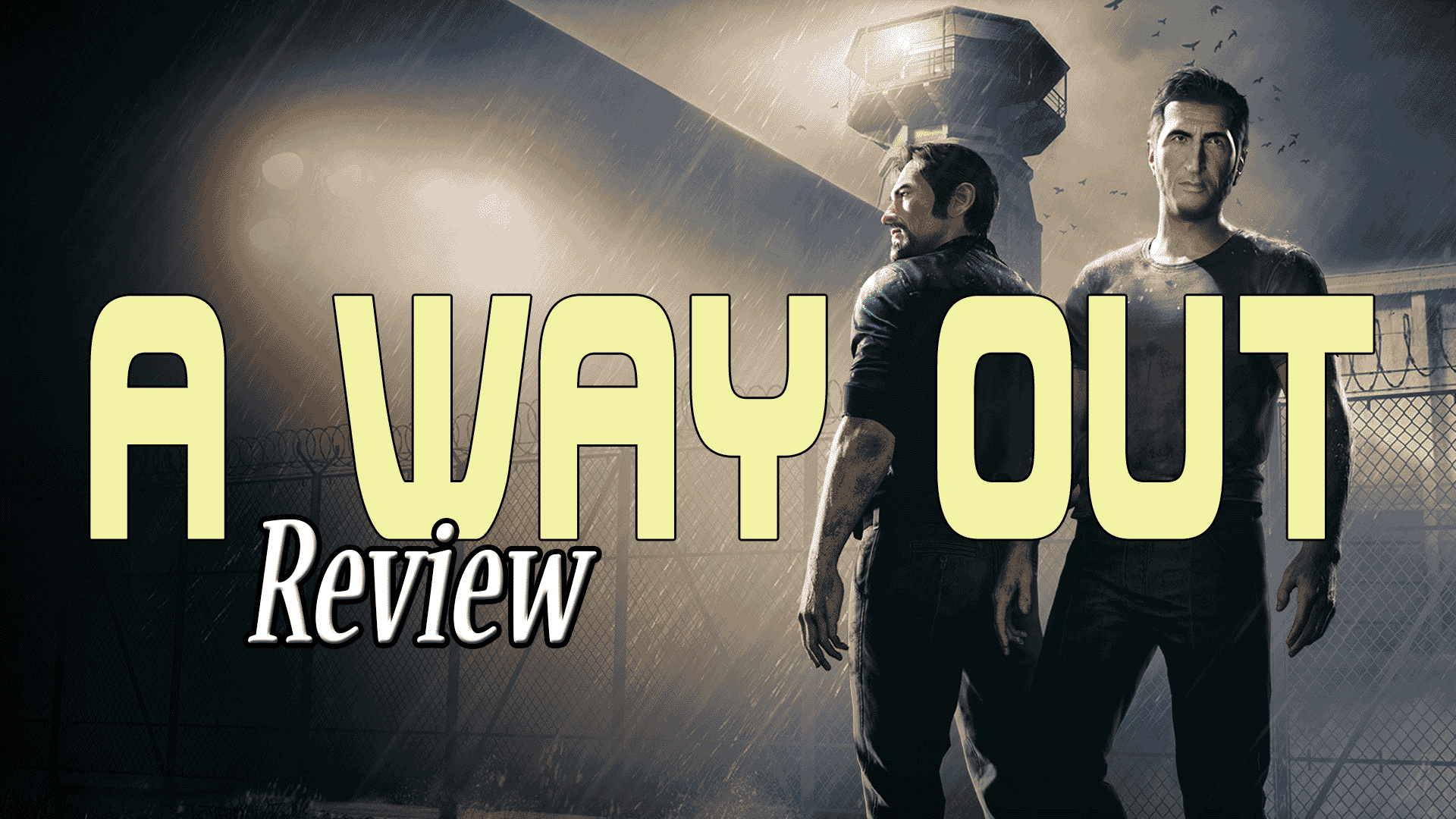 A Way Out is a two-player action adventure game developed by Hazelight and published by EA Games. Hazelight is mainly comprised of developers who worked on Brothers: A Tale of Two Sons so it shows that the developers had a knack for working on two-player games. In a world of season passes, games as service, and 80-hour sandboxes, it takes a lot of chutzpah to come out and say you’re going to have a linear, story-focused campaign that has to be played with another person, preferably one sitting right next to you. Indeed it has become a novel experience to play with your friends in person rather than online. With the graphical demand of consoles, some developers have had struggles trying to keep same screen multi-player available, but Hazelight pulled it off. But how is it?

If anything, the game is considerably unpolished. While main characters Vincent and Leo have a lot of detail put into their appearances, that same can’t really be said for the rest of the cast. Plenty of variety is used for the various extraneous characters is in the game, but they just have an amateurish look as if they were generated by one of the customizable protagonist games that have a ‘random’ button. But it’s a small team, and they have limited resources, but it’s clear they did everything they could to keep the game looking good. Despite what you may expect from the footage you’ve seen of this game, there actually is a considerably large amount of different locations the game takes place in. These scenarios are very diverse, from the dreary grey of prison to the bright blues and greens of a tropical locale. There’s that and the visual effects are pretty good, especially the way rain looks when you get inclement weather. It’s very detailed and in-depth, they made sure this game would run well and look decent while not sacrificing too much of either.

There’s a thin line between homage and theft. The plot of the game goes off into this crazy dash through all the beats of more than 10 different movies and sometimes even lifts a scene or two. There really wasn’t much going on that you haven’t seen in another movie, which means that yes, the game features a lot of overused tropes. Usage of familiar tropes isn’t always a bad thing, but it’s very hard to get invested in some of the characters. It’s a tight string of a story, running along from beginning to end without a whole lot of buildup on any characters other than the main characters. You end up with a story that begins and just jumps here and there leading you to a series of several non-climactic moments book-ending every chapter. Does it play the part well? Of course, it does. But the lack of originality and motivation aren’t present.

The game featured a lot of surprisingly bass-heavy orchestral tracks during a lot of the exposition. But if it comes down to memorability, I can’t remember anything about it. The OST seems to have simply gone with a sort of generic template for action/adventure movies and doesn’t seem to keep in line with the mood of the story. But the soundtrack is still very well-mixed and Vincent & Leo’s voice actors gave some pretty good performances, giving the characters life even if they sometimes have bad lines.

Over the course of the game, you will do so many average versions of what would probably be better in a sandbox game. Driving, fighting, QTE’s, shooters, stealth action, and big decisions, you play just a little bit of all those games type as you make your way through the game. When it came to walking through a few mountains, trying to stealthily take out cops was adequate. The shooty bits at the end of the game are adequate. The driving is very arcadish and adequate. There were no big ideas, just focusing mainly on the story, the game tries to make playing with your partner as easy as possible. Nothing ever gets too difficult because the game made sure to have you deal with whatever game mechanic is thrown at you during the chapter you’re in, then poof, it’s gone from the game. It’s on a cruise control that lulls you into quickly knowing what you’re dealing with and doing it. There’s not much more to say, everything works, but nothing is spectacular.

Co-op on the couch is a very rare thing indeed. If it weren’t for the showing at E3 that heavily pushed for playing with a real-life partner, the experience wouldn’t have been whole online. Full disclosure, I played the game with my uh, err, current and formidable life partner, we almost had a fight but never did. Even when she got stuck on a wall FOR THE FOURTEENTH TIME JUST PULL AWAY AAAAAAAAAAAAAA. But the moments of frustration were few and the moments of being heavily engaged in playing were plentiful. Sure, as I’ve said before, not a single thing in the game is unique, but the fact that you’re going through so much game with someone in real life is a special experience that not a lot of games can tout. This game most reminds me of Quantum Break of all games, it’s a completely new experience that while not the best, is a very creative way of getting the player’s attention. And in this case, the company breaks ground by going back to the good ol’ days and having you play together. In real life, preferably.

A Way Out does what it sets out to do: be a solid co-op experience. It unfortunate that the sum of all its parts is still rather low but it still manages to have that special X-factor. If you have someone you know that you want to play an experience game with, you could do worse than this. Looking at you, F.3.A.R.

Actually, now that you mention it, Fear 3 was a pretty mediocre game too. It wasn’t scary, that’s for sure. Also, said partner copy-edited this article and heartily agrees that arguments almost happened.