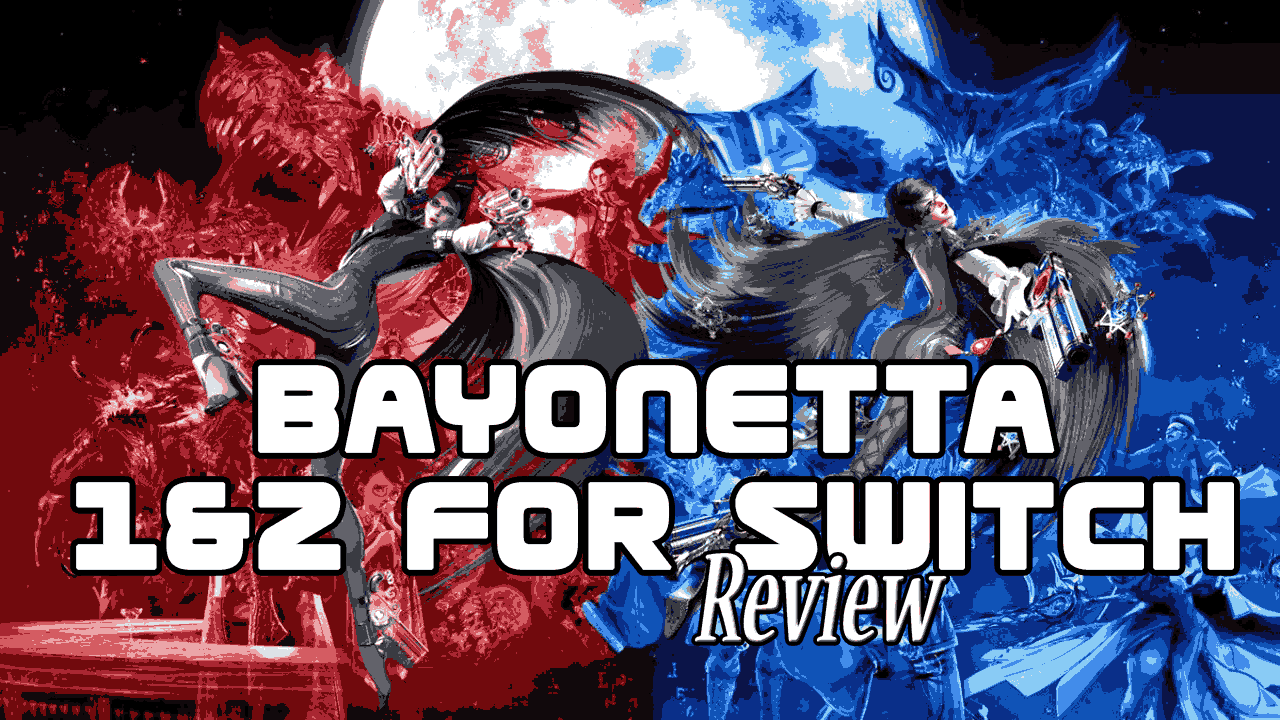 The original Bayonetta was one of the first titles that Platinum Games brought to the table as their first offering. Along with that were games like Vanquish and MadWorld. They showed everyone that when it comes to brawl-em-up types games, they were a serious force to be reckoned with. Although initially a mildly successful multiplatform release, the series was bought by Nintendo of all companies, and a sequel came out several years later. The only problem was that it was released on the WiiU and nobody had that. Nintendo’s decision to re-release both titles for their Switch was a brilliant idea to give the series the breath of fresh air it deserves. And with a sequel in the works, this definitive version of the games is all the more welcoming to be played.

Bayonetta originally came out in 2009 and looked a bit drab, having not escaped the then-popular design philosophy of making everything brown. It has its moments but they are far overshadowed by the sequel. It had color in spades. Early on in the game is a city with a rich old European style cityscape with pools of water reminiscent of Renaissance-era Venice. It’s very… aesthetic. Once the game takes a turn for the supernatural, you will find yourself in a vast space like you just landed right in the middle of a nebula. That’s just the quality of the locations. Character design is also off the charts, with friendlies and enemies frequently looking more like they just got back from a fashion show rather than a battle between the forces of an ersatz heaven and hell. But it’s not just beauty, as many of the bigger boss enemies can edge from queasy to the downright grotesque. You can’t find another game with character design put into the likes of Bayonetta.

I couldn’t be less interested in a story about mysticism, fights between demigods, witches, demons, and angels, etc. It’s a testament to the quality of the storytelling that the plot of the game genuinely piqued my interest. I scoffed as I started the first game, initially dismissing it as a load of nonsense. But as you play more and more, the plot actually starts folding together quite nicely. This is doubly so when you play the sequel and find out even more truths about some of the events from the previous game. What also makes this so good is that sometimes, the presentation takes a backseat for the story to play out. There are full-fledged cutscenes, but for every cutscene or so you also get sections with a load of still shots with effects and voice-overs dishing out a lot of the exposition. This would be a bad thing if it weren’t for just how damn stylish the game remains, even when resorting to this technique, which is more indicative of a low budget than lack of talent. Either way, this game knows how to keep itself compelling, and will push you forward boss after boss after boss.

A non-stop dance party. That’s what the OST is like for Bayonetta. Running around on the map between fights is just your garden variety background music. As soon as the way closes off and the enemies teleport in, the music crescendos into a dancing bit. The most used fighting themes not only feature groovy hooks and riffs but some fun vocal performances. Having lyrics to fight themes can get annoying depending on what game you’re playing. But here in this title, you’ll never tire of hearing those opening bars while you whip out your guns/blades/whips/flamethrowers and boogie. I mean, one of Bayonetta’s fighting moves is literally just breakdancing (but with guns). Hell, many characters start breakdancing for no reason, it’s like every character can actively hear what song is playing and adjust accordingly. Oh yeah, and the sound is good too.

With a game like this, you come for the gameplay and you stay for the gameplay. Bayonetta is one of many games designed by Platinum that have finessed the art of creating fast and frenetic brawling action games. They’ve done this with many other titles like Nier: Automata and Transformers Devastation. All feature some similarities in their control schemes, yet all are different enough to feel like distinct games. Being able to practice combos in the loading screen was a great idea (albeit not as useful in the Switch port where loading screens are so short you have time for about one or two combos tops before you’re back in action. They had to add a “Practice Mode” button to fix this). The weapon variety all felt different enough to the point where various techniques are viable, so long as you still try to be fast on your feet, (or on your back if you’re breakdancing again). There’s not much more that can be said. All games developers who make brawling games should see Bayonetta as the pinnacle of the formula.

Once again, the first game was a bit rough around the edges. It punishes you greatly for dying- and you’ll die a lot. And you’ll be graded on your performance. And you’ll do poorly on your first run, guaranteed. But the sequel fixed that and made the game far more balanced and gave you more to do with your abilities to really expand and perfect the gameplay formula. Now, whenever I start playing this game, I think I’m just going to sit down and play a couple of levels. Instead, I nearly marathoned almost all of Bayonetta 2 only to slow down just towards the end. Actually, during the penultimate chapter, I accidentally skipped an area I wanted to explore and couldn’t go back to it, so I started the whole chapter over. And I didn’t care one bit that I basically had to fight like 4 minibosses all over again because the level was just that fun and interesting anyway. It’s an absolute blast from start to finish, and I haven’t even gotten into all the wacky mini-games you play. There are bits from both games where you’re riding on a few things and it sort of becomes an on-rails shooter, ranging from a motorcycle, a fighter jet, a biplane, and an ICBM. That’s not even a joke. That happens. Once you’re done with the sequel you can move on to challenge room levels or replay the levels in a variety of different costumes and characters as well as some decent multiplayer, which I didn’t even know the game had nor was it necessary, but it was nice all the same.

Bayonetta is a wild ride from start to finish. Some may find the over-sexualization of Bayonetta off-putting, but that’s likely because the game is so over the top that it’s probably trying to make you feel uncomfortable on purpose. Either way, it’s a game with amazing combat, amazing music, amazing plot, and amazing amazement. If you haven’t played this game and want to know what it’s all about, the Switch port is absolutely the best system to check it out on. I will lament having to move on to other titles as I want to just keep playing it, but alas, I have to move on to other games. Such is the sad life of a reviewer. Absolute must-have for brawler fans.