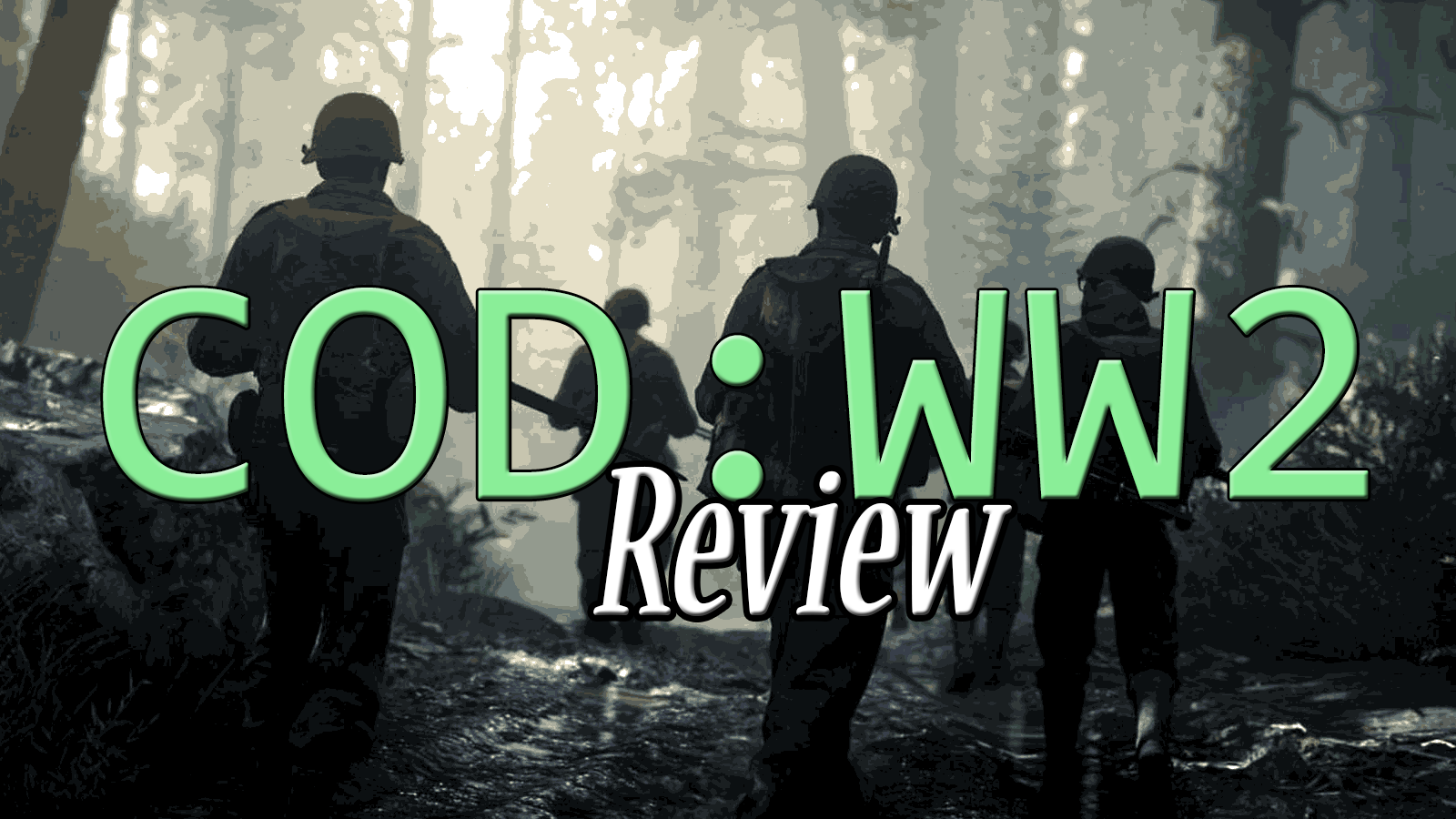 A true return to form.

Franchise fatigue is the first word that comes to mind for a lot of people when they think about annualized titles. Every year the holiday season is filled with a lack of diversity. Christmas list for gamers are quickly flooded by the latest title in the long running franchises. For most, this leads to an uninteresting experience because nothing feels new. Call of Duty however manages to strive on this and find success year over year and WWII is no exception to the rule. Published by Activion and developed by Sledgehammer Games and Raven Software, Call of Duty: WWII brings the series back to its roots. Released on November 3rd, 2017 for Playstation 4, X-Box One, and PC Call of Duty: WWII makes every effort to make the old new and shocking.

Activision understands blockbuster video games and the fans of said blockbuster video games. They know how to put the pressure on developers to make sure the games look good. Call of Duty: WWII looks incredible. Save for a few texture loading issues that were sporadic but frequent it was hard to distinguish between game and film in many situations. A lot like the Justice League movie, but in a good way. Replicating locations and battlefields was extremely believable and it remained difficult to turn eyes away from the screen. Explosions, gunfire, acting, trees, sand, dirt it all looked alive and real. Of course it would be silly to say it looks as good as Battlefield, but it’s not to far behind.

Band of misfits throughout America become close friends as they go through the terrors of world war. That sums is it all up. The story hits on almost every possible army tale trope. Squad leader with a dirty past. Squad leader with a heavy commitment to his teams livelihood. Risk taking member of the team who the team doesn’t fully trust. And most importantly there’s a member of the team with a loved one he left back at home an bad terms. Uh-oh. The story is so simplistic that those might actually all be spoiler. The story is not inherently bad, its just extremely predictable and uninteresting. It never takes away from the experience as a whole so it shouldn’t be looked at as a major problem in the game. It does a great job of setting up exciting action-packed Hollywood moments for sure.

Bullets flying through the war zone, explosions surrounding everything that felt safe, and flames engulfing everything in site. Those sounds needed to be more heavily introduced. The surround sound placing was great, but most of the time the environment sounded very thin. Certain sounds like bullet shatter through different materials or the depth of explosions rumbles were shallow and lacking. Screams and commands often felt overpowering and although the voice acting was very good some lines felt out of tone. Online footsteps were pretty accurate, during the campaign they seemed very misplaced and made tracking enemies extremely inconsistent. Not sure where the discrepancy resulted from but it was definitely noticeable. To sum things up the sound as a complete package was never a major distraction but certain individual elements made for a less then perfect experience.

It would be very hard to say that a series that practically created an entire gaming mechanic hasn’t mastered it. WWII proves that the development team has a great hold on the first person shooter gaming mechanics. Everything from the layout of the control (yes they’ve been the same forever, that’s the point) to the fluidity of the inputs, everything feels incredible. Movement is smooth and accurate. The buttons are responsive and input lag seems nearly non existent. It’s nothing short of a wonderful experience. Especially without all the super jumping. Perhaps grounding the game back in reality or the older settings was the smartest move. Boots on the ground indeed.

Online, the network was very stable by the time I played. Nothing new or adventurous outside of the maps. Even some of those felt like minor updates of older maps from the first three games in the series. All the great modes like Team Death Match, Capture the Flag, and Search and Destroy are still in and over course the fan favorite Zombies is back as well. Zombies once again sports a full story for its Zombie mode which is pretty exciting in itself. The only weird thing was the blatant and meaningless Destiny copy with its the third person view at the camp before matches begin. Too soon Activision, too soon.

The reason millions of people flock to Call of Duty every single year without hesitation or reservation is because of how much fun the game is. Every development team manages to make every aspect of the game a competitive and exciting experience. Whether mowing down enemy target to end World War 2 in the campaign or going toe to toe with a friend in a no scope rifle challenge online each ending feels just as rewarding. The zombies mode tends to offer a more impactful feeling of euphoria by telling a more heroic story. The hero is saving a country or a few hundred thousand people, he’s saving the world. The zombie menace is an equal threat to all. That’s the best part, it’s so broad and open it allows the imagination to run wild and create it’s own story in place of the not so great one already being told. Party game or solo after a long day of work, its going to be a great time.

Franchise fatigue hits everyone differently so it can be very difficult for a developer to figure out what the best thing to do with a new entry in the series is. The decision for Call of Duty to go back to the past was a powerful gamble that definitely worked out in their favor. The game plays incredibly well, feels extremely fresh, and welcomes new players into the old with a simple story to play through. The audio could have used more work, but it still gets the job done which is equally as important.