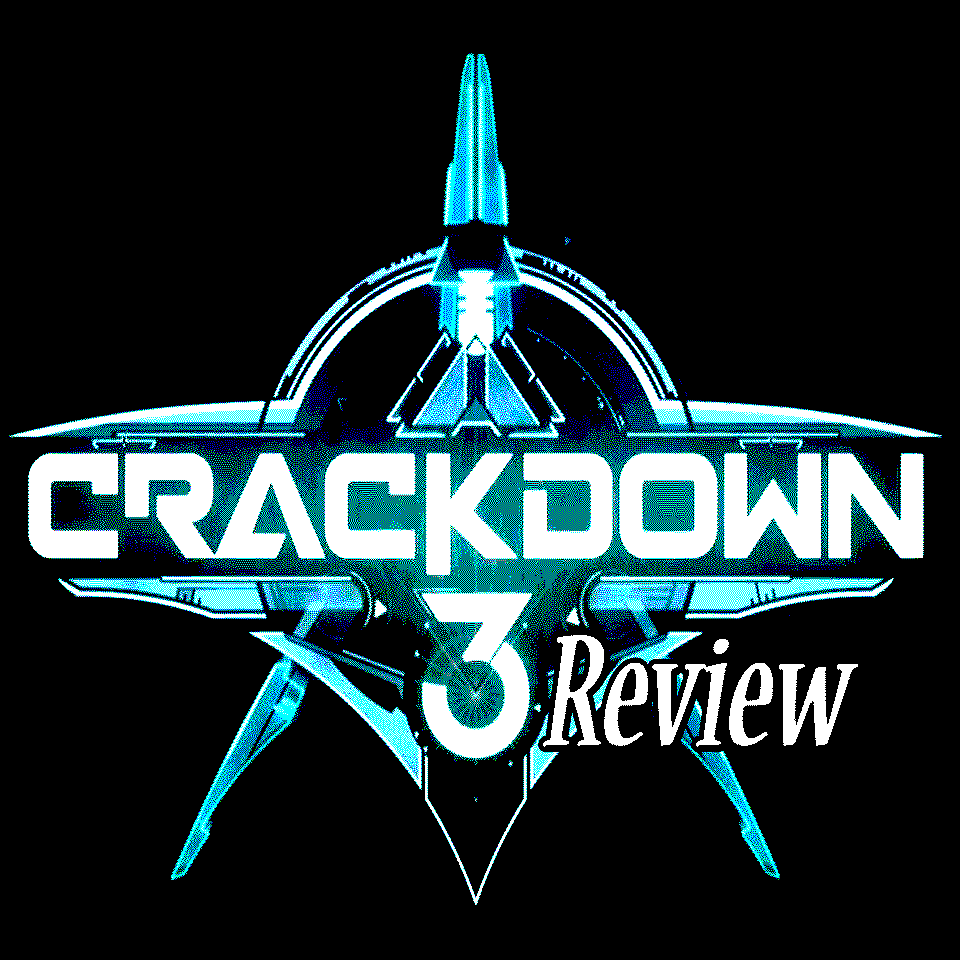 Why did this take five years?

The original Crackdown game came out in 2007 and received a lot of attention after it was revealed that you would get access to the Halo 3 multiplayer beta if you bought it. That’s one way to get attention, and as a result, a decent number of Xbox fans got to play it. Crackdown 3 was originally teased at E3 2014 and has finally been released. It is a freeform sandbox action game developed by Sumo Digital and published by Xbox Game Studios. You play as an agent of “The Agency” a group of super-powered police, with extraordinary strength, aim, jumping, running, and others. Your goal is to take down a crime syndicate, and in this third installment, an oppressive corporatist regime. This particular game lets you play as, basically Terry Crews. Xbox fans have waited a long time for this console exclusive game, so how is it?

The graphics in the game are a bit odd. It seems like they were trying to be cel-shaded while not being cel-shaded. Some elements have that cartoon look while others have some very defined textures. Absolutely a mixed bag. But it’s not just the textures and bright neon lights, the cutscenes are inconsistent as well. In the beginning of the game you get a full animated, pre-rendered primer, which gets cut short. After that you get motion-comic cutscenes that seem rather low-effort. Then you also get in-game cutscenes here and there. The last are the worst. I’ve frequently had animations fail, with my agent glued to the air while a guy in a mech threatens you. Other in-game cutscenes stutter. And this is on the Xbox One X. The playable agents also appear to be a little lacking in quality. Terry Crews as Jaxon looks fine, but the rest of the characters look like they just used a face generator from Mass Effect. Andromeda. But with that weird inconsistent cel-look.

I don’t know how you can do worse with a story like Crackdown, but they managed to do the unthinkable. They added a plot to the game that actually made it less enjoyable. In the original games, the plot was basically “Here are the bad guys, go get ’em”. This game gives all the enemies their own stories, but they are all really half-assed and emotionless. I cannot remember a single character’s name or what their deal even was. This guy is the chemicals guy because reasons. This guy is the guards guy because reasons. This guy has captured monorails cuz reasons. That moonshine stand needs to be destroyed because reasons. It would genuinely be better if I were just told to go at it.

But they try to characterize it so hard, it becomes cringe inducing, with motivations that don’t make any sense and asinine monologues. Worse off is the over-arching plot. Short spoilers for the very beginning of the game, the Agency is sent to a city to fight some kind of “blackout” but get killed in the process and time passes by a few years (I think). Next, a character revives your agent of choice and unleashed you into the city. The story is simply that the blackouts caused everyone to flee to the city because it still has electricity. No really. And then it turns out the city is run by a ruthless corporation, TerraNova, who immediately enslaves all the refugees. Yeah, makes perfect sense to me.

If you don’t particularly like it when you hear a lot of useless banter over the radio while you’re doing stuff, you are going to have a bad time. The legendary “Voice of the Agency” played by Michael McConnohie returns with a vengeance. The whole shtick with his character, is he’s sort of the real protagonist of the story since your agent doesn’t talk much. Both in the original games and this one, he frequently says dumb things over the radio based on what you’re doing, such as:

In the original game, this quirk was done every once in a while, and it has a certain charm about it. However in 3, he has something to say every five minutes. It would get annoying real fast for most players. I like it personally, but objectively, it’s super obnoxious. Still, his voice is amazing, and he needs to do audiobooks. As for the other characters? Largely forgettable. They did very little with Terry Crews other than the opening cutscene. The soundtrack sounds like a royalty-free selection of faux-dubstep tracks that fail to impress. Most of the guns and explosions are pretty satisfying. Also, the iconic sound of the agility orbs are still there.

Rather than having any campaign missions whatsoever, the game has you just complete a series of objectives. You just do this until you clear enough to fight the boss in charge of those battle locations. So, no real campaign here, you basically just make your way around the map, playing section after section. To give it some credit, the main map isn’t full of empty spaces between objectives. All challenges are located relatively near one another. You won’t spend a lot of time driving because it’s so easy to jump from one to the next. Honestly, it’s a welcome change to have a more tight-knit experience than most sandbox games. But a sandbox it still is, and it has plenty of flaws.

One activity has you liberating militia members by freeing them from holding cells around the city. This activity will literally take you one minute or less, as there aren’t that many guards, but even if there are, all you have to do is jump over to the prisoner release panel and hold LB. That’s it, you’ve freed the prisoners, and any enemy in the area freezes in place while you get a “mission success” screen. In another location, all you have to do is blow up either machinery or storage tanks of a substance called “Chimera”. I’d tell you more about it, but I can’t because I missed the one point where they said what the stuff was and it’s not really brought up again after that. Then in another, you have to capture monorail stations because an evil AI is using them to… move drugs? Don’t remember.

Had a hard time with glitches that were rather annoying. I’ve had input lag in sections where the screen gets busy, and other sections where the controls weren’t even responding. Also ended up getting an OP assault rifle in the middle of it the game. Once that happened, the game was barely a challenge. I might have to play it on harder modes to see if it’s better. Even then, once you piss off enough of the 3 different police factions? You get a city lockdown and are immediately inundated with enemies that are 4X as tough. When that happens, I just let myself die. It is more fun than dealing with that mess. The game’s idea of “challenge” is having you fight a boss while dozens of enemies spawn in at the same time.

I had fun in the 3 days it took to complete this game. Every achievement I got after the first boss was a RARE ACHIEVEMENT. That’s sad. The game is just out and I’m getting rare achievements because not enough people bothered to finish it? Oy. Anyway, playing Crackdown 3 felt like a retread of the original game. It was enough to take me back to when I had just started College and got the original game. But by the end of it, you get tired of the game. You may get bored after finishing a few bosses. It’s a pretty low effort affair. Then again if you just decide to start jumping around, collecting agility orbs and doing side activities, you may find a sort of Zen. Seriously.

Saints Row 4 took to this sandbox super-powers type game and made it an absolute riot. But this new title feels like it’s a huge step backwards. It’s less of a modern Crackdown and more of an Agents of Mayhem experience. Which also wasn’t very good (and that was the same devs as SR4). My roommate found the game fun because he had never played it before. So, don’t pay full price for this game. Don’t bother with it unless you have Game Pass. It’s cheap enough to get a three month pass for the amount of titles you get to play. It’s a mediocre experience but if you “rent” the game by getting game pass, you will find yourself with far superior titles to play afterwards.