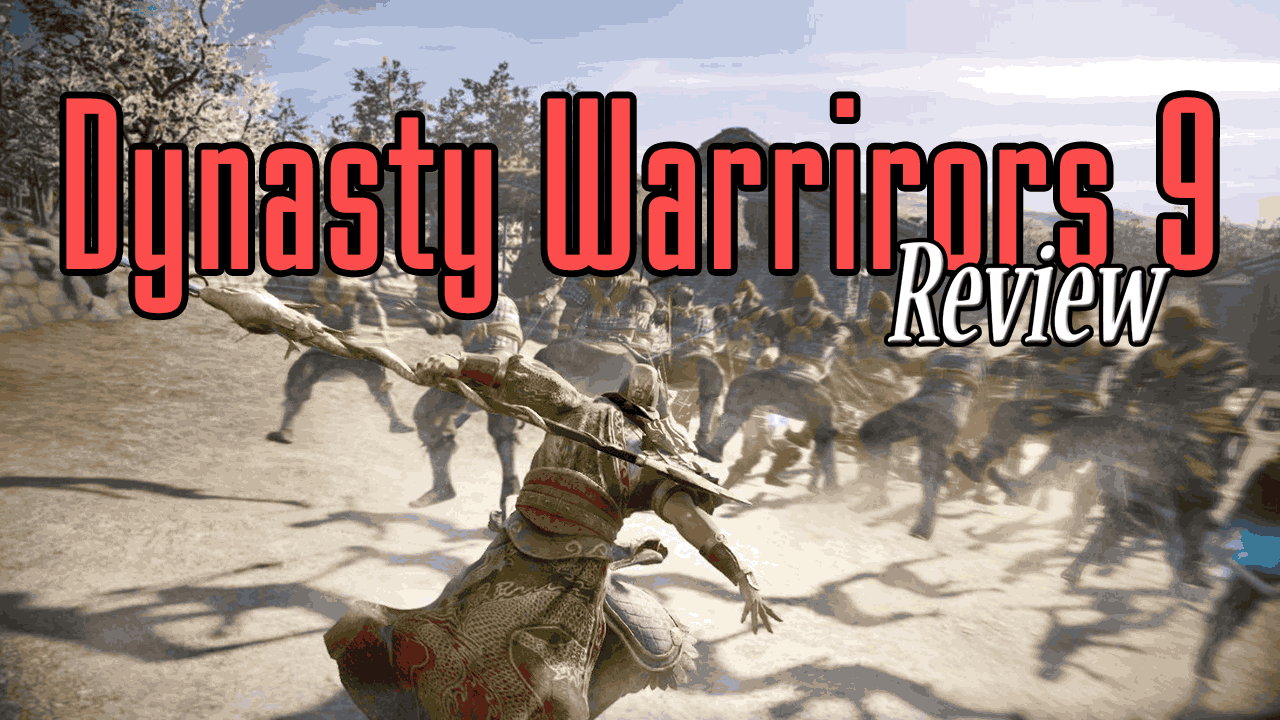 It seems number 9 doesn’t quite make a great dynasty.

One of the longest-running series in gaming, even spawning its own sub-genre of games, is back in the race. Dynasty Warriors 9 arrives to bring historical Chinese warfare to PlayStation 4 and Xbox One. Developed by Omega Force and published by Koei Tecmo, Dynasty Warriors 9 released in America on February 13th, 2018. Boasting over 60 unique playable characters and a fully open world version of feudal China, the latest entry in the series looks to breathe new life by adding modern day gaming mechanics to its hack and slash formula. Does Dynasty Warriors 9 deliver a new experience that protects the fidelity of the series while encouraging new players to join the fun?

Dynasty Warriors has never been graphically impressive from a visual fidelity standpoint. However where it has always succeeded has been with rendering large amounts of content and assets on screen. Hundreds of warriors at a time, with a mini-map, flashing lights from attacks, horses, grass, fire, and so many other things all on screen at the same time. But sadly this time the fluidity was not there. Too often the movements felt choppy and frame rate issues seemed to be very prominent. There was also an incredible amount latency in button response time. A game very centered around button mashing needs to be on point with the control to screen time.  Because of the new open world and lack of loading screens, the cutscenes even felt very weak. For this review the game was running on a launch day PS4 so it could be possible that some of these issues are addressed with the power of the PS4 Pro or Xbox One X. Regardless, for a current generation console game Dynasty Warriors 9 is severely underwhelming in the graphics area.

It’s the feudal era of China’s great history. Or at least a theatrical version of it. The Dynasty Warriors series is based heavily on a novel titled “The Romance of the Three Kingdoms” which tells the story of a three way war. After the Han Dynasty was horribly damaged by the Yellow Turban rebellion three different powerful men became leaders of their own kingdoms with their own visions for the future of China. The game gives the player to relive the history of each individual kingdoms as well as smaller factions that had major impacts on the outcomes of tide changing battles. If none of that was interesting stay far from this game. Otherwise, a very compelling story that challenges morality, belief, and strategy is brought to life in Dynasty Warriors that cannot be matched by any other historically based game. Because of its new open world design Dynasty Warriors 9 struggles to effectively deliver this story like past entries. By providing the player so much freedom, the way events play out is thrown for a complete loop and is ineffective at telling the rich story. In its heart Dynasty Warriors 9 wants to tell a great story, it just doesn’t know how with the new tools in its hands.

Major issue: certain dialogue will get interrupted with no way of replaying if the player steps away from the NPC speaking. The bigger problem is the distant is completely inconsistent. Sometimes the player can step almost a whole road away. Other times an accidental flick of the camera stick will instantly mute this potential new friend. Outside of that big problem, it’s business as usual. The voice acting is pretty great offering both English and Japanese audio options. As always some characters sound better in one language than the other, so it really becomes a player preference thing. Sound effects on the battlefield were amazing. The sound of horses galloping, troops’ battle cries as they entered the war, and the cool video game sounds of power up and special activations were all great. In full surround sound, it’s very easy to get immersed in the world through its well-placed sound design. Until the visuals do something stupid and remind you it’s just a game.

Anyone familiar with Dynasty Warriors and its long history will find a few new things laced in the same effective formula. The “Warriors Style” games are button mashing fast paced action packed games with good plot and interesting dynamics. Huge battles and seemingly endless enemies open the door to entry level gaming for novices while maintaining enough strategy to fulfill advanced players. Playing the game on normal let’s you feel almighty as you strike down soldiers with various combinations of the face buttons and right trigger. The new open-world format is the most damaging part of the game. By opening up the largest country on the planet and allowing the player to explore its vast content would be great for a game with slightly slower pacing. The focus of the Dynasty Warriors plot is to let the player relive epic battles and implore their own strategy to achieve victory. Dynasty Warriors 9’s open world add the depth of challenging batteries anywhere any way, but misses the beauty of experimenting in contained battles with reinforcement from a simulated real world. The revamped shops and crafting systems add an RPG that helps connect the player further to their favorite characters but the navigation feels clunky. Lots of menus plague this already overwhelmingly large game. Dynasty Warriors 9 is a great example of why all games don’t need to go and open the whole world for gamers.

Despite the sum of its flaws, Dynasty Warriors 9 still shines through as being a mindlessly fun game. Racking up outrageous body counts still feels just as rewarding and entertaining as it did when the series first converted from a fighting game. Traveling the open world of the warring era of great China is fun even though it lacks true purpose. Taking over enemy bases feels satisfying and employing real strategy to defeat officers at higher difficulty levels can be very stimulating. Because of the scale of the plot advancing battles hours can pass without realization so long as the graphics issues don’t intrude too often. And with a playable roster of over 60 unique characters with their own favorite weapons and play styles, the replay value of the game is ridiculously high. Completionist and trophy/achievement hunters will have a ball chasing all the various objectives, armors, items, and weapons available throughout the game. To reiterate, if the context and content are interesting this game will keep you hooked for a really long time.

Straying from its roots and exploring the possibilities of a new fan base by following the open world trend does more bad than good for Dynasty Warriors 9. Very quickly it becomes apparent that Dynasty Warriors 9 is suffering a major identity crisis. Longtime fans of the series will find it hard to enjoy the tactical battles they’ve grown used to. Newcomers with expectations of what an open world game should feel like will be underwhelmed by the large mostly empty world presented. The open world feels very cartoony I’m a very bad way very quickly. It was exciting to see a franchise with such a long history of being fundamentally the same venture out and try something new. Unfortunately, this didn’t work and Dynasty Warriors needs to stick to its roots.