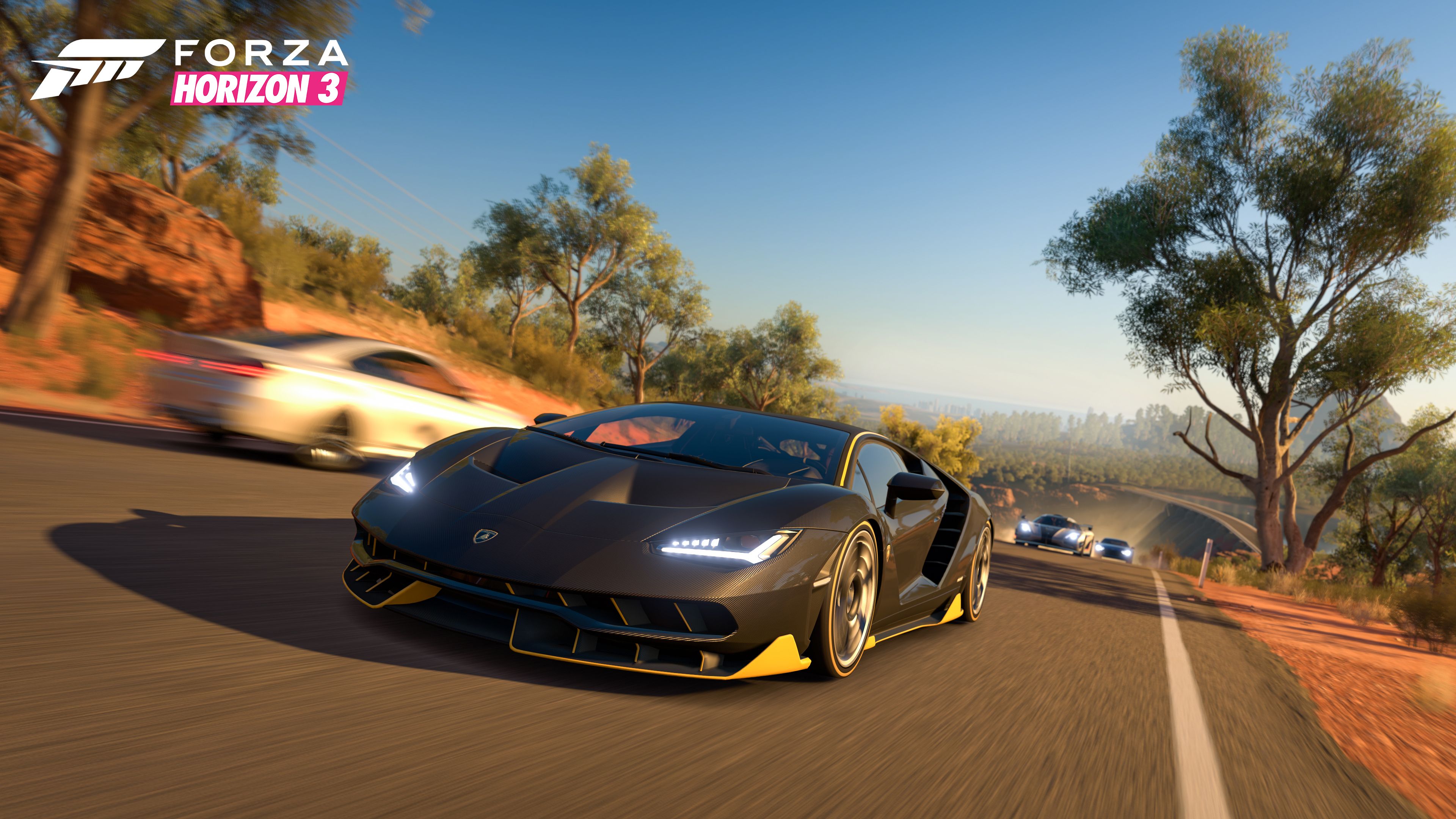 Forza Horizon 3 is an open-world racing game developed by Turn 10 Studios and published by Microsoft Studios. It raises the bar for what it takes to make a great game by towing the line between simulation racing and arcade racing. Accessible to almost anyone, thanks to a very open set of options for difficulty, FH3 is an easy title to pick up if you’re a fan of racing sims or just looking to have a fun time. Taking place in many fictionalized versions of real locations throughout the series, this game lands you in Australia for one of the broadest selections of different racing setups available. Can you tell I like it?

Lush scenery and gorgeous landscape make up the lay of the land. Ranging from the city, rainforest, outback, beach, and countryside, the diversity of scenery keeps the game visually appealing at almost every turn. Plus, with the addition of ‘ForzaVista’ for the first time in the Horizon series of games, the attention to every square inch of car is as realistic as it gets right now. The game laughed at my graphics card on the PC version of the game and my hardware is not that old.

Having a story in a racing game is hard to pull. You want to give the player something to hold onto to drive them forward, but not too much story or you risk making the game boring. FH3 hits the sweet spot by not having any actual ongoing ‘story’, but having some context added to what you are doing, You are the organizer of the titular “Horizon Festival”, so it’s your job to set up races, take part in publicity stunts, and do outrageous top gear style challenges. Having a helpful personal assistant guide you through the game makes you feel accomplished as you set up races and expand festival sites.

It’s not just the graphics that add to the realism of the game. All the cars sound like their real life counterparts, further cementing this title as the ultimate car enthusiasts experience. The licensed soundtrack, in addition, is one of the most diverse and well curated collection of tunes yet. The radio stations all have their own genre and offer something to like for everyone. When punk, hiphop, futurebass, and classical all exist in the same game, it’s hard not to find a station you’ll end up loving.

The game is very DIY on almost every aspect. The enemy AI can be anywhere from children to formula 1 professional. Braking, stability, ABS, and steering can all be modified to suit your level of skill, so the game’s difficulty can be set to ‘just right’ for almost anyone. There’s plenty of races to tackle, some very well designed tracks set up in the world, and some stellar challenges around every corner. The scoring system is set up so that winning isn’t the only focus when you hit the tracks.

Nitpicking time, as obviously this game is great, but there are some issues. The content you unlock as you go can be really overbearing and litter the map to points where its hard to tell what to do next. Starting championships feel a bit messy as you don’t really get too much of an indication as to what you should be doing and in what order. Keeping to the DIY formula, the game also lets you set the parameters for the races you participate in, but there are some points where it seems like there’s so much focus on the customizing, that focus was lost on the core experience. Not to mention, charging for a car pass, then an expansion pass on top of that and not including it for people who preordered the gold edition is a bit off-putting.

If it weren’t for all the small nitpicks, Forza Horizon 3 would be the greatest game in the whole Forza Franchise. None of the issues is to big to steer you away from the game, so I you’re looking for a great racing title that will keep your busy for hours upon hours, look no further.