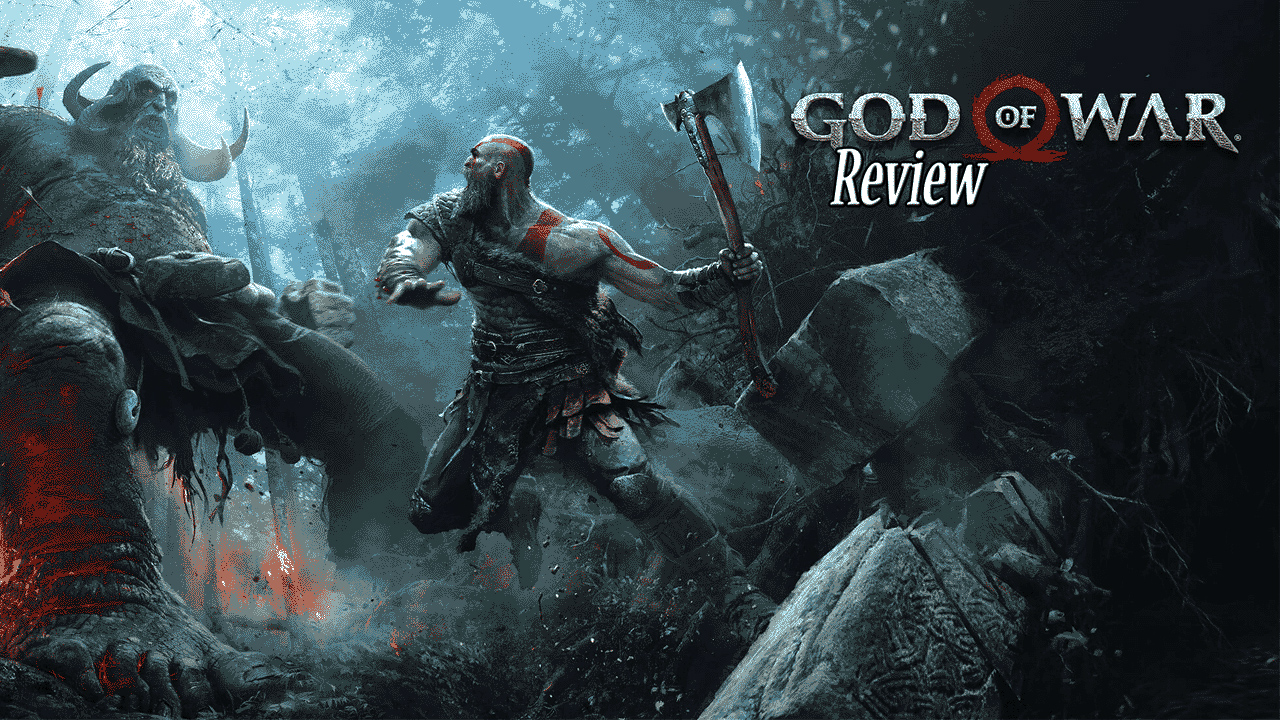 What’s a man to do when he’s killed every God his people worshiped in honor of his family? Well, that’s the question that fans of the franchise were left with when God of War was announced. Now that it’s finally arrived exclusively for PlayStation 4, the answer is clear. God of War, much like its predecessors, is a third person action adventure game developed by Santa Monica Studio. Published by Sony Interactive Entertainment, God of War released to incredible fan excitement and praise on April 20th, 2018. Does the eighth entry in the series have what it takes to satisfied longtime fans but engage a new audience as well?

The scale of God of War’s monsters and battles has been a series staple since the very beginnings of its existence. Compared to most of his adversaries Kratos, standing at about 7 feet, is a bite-size target. The development team has always done an amazing job of putting the player in positions that really represent the size differences. Creating a world in which all these mythological beasts, this time from Norse myth instead of Greek, is no easy task yet it feels completely natural. One major change that makes the graphical fidelity of this game more impressive is the nature of its mid-scale open world. No, not the relativity of distance between locations. Literally the nature around every corner. This isn’t just a world populated by varying tree types and textures on grass; there is life around every corner. Few places feel bland and uninteresting. And even after 8-10 hours, the constant introduction of new environments makes the old environments exciting to return to.

The transition from cutscene to gameplay is out of this world due to Cory Barlog’s insistence on using a continuous camera shot. Had it not been mentioned a million times before the game’s release, it would have still had the same if not bigger impact. There just wouldn’t be a name for it. Cut out the gameplay and this game could literally be a movie sitting alongside gaming classics like Advent Children, RE: Degeneration, or Tekken Blood Vengeance. God of War is so stunning, it gets two paragraphs.

Atreus steals the show in this story about the lack of care the Gods have for the mortals who worship them. The adventure opens up with Kratos in a brand new land with a brand new son and a brand new dead wife. While traveling to spread his wife’s ashes at the highest point in the land, Kratos is attacked by a man who knows his secret past. The narrative itself is good, but it’s really the behaviors of the supporting cast that make things interesting. Atreus, voiced by Sunny Suljic, keeps the world of fantasy grounded in reality by being the source of concern. Watching the way this young boy learns to cope with death and handle his emotions after killing are some of the most compelling moments. Watching his transformation from young boy eager to explore to young adult with an understanding of the value of life or death makes this tale interesting. All of the events that transpire are cool, but the undertone of having a young boy along for the ride makes it real. That’s the saving grace for the narrative that takes place in God of War. In this case, it’s not the plot that’s great, it’s the way the characters within it handle it.

How do people who have never been somewhere manage to create a world that feels so real? The team over at Sony Santa Monica does this with what appears to be relative ease. Beatdowns sounded brutal and agonizing. New creature encounters felt terrifying on all levels. Titanic creatures destroyed structures and let out a loud roar upon arrival, smaller enemies approached with relative stealth but it could all be felt through the power of the sound design. Traveling and just listening to the nature in the game also added to the experience of being transported to a whole new world. Rather an old world as this is set in Norse myth. The menu sound effects were never hard on the ears and the lightly used soundtrack paved the way to appreciating everything else. The dialogue between Atreus and Kratos hit very close to home. The strong yet distant relationship between father and son is a dynamic that is all too real for many men and yet hardly ever discussed in any medium. The maturity of this game shines more through its use of sound design and meaningful dialogue than anywhere else. Yes, including the buckets full of blood left behind.

Longtime fans of the series are told, through dialogue between Kratos and Atreus, things are not the same. Do not dwell on it. This message is so secretly impactful it’s hard to believe more franchises don’t use it to embrace change. This is not the same God of War but that is a very good thing. The changes made bring God of War, a series that started on PlayStation 2, into the world of modern gaming. It offers new control mechanics that, albeit far from what was expected, absolutely make the game easier to control. The new linear story with open world elements helps to merge the gap between new school and old school gamers’ expectations. A big concern for many gamers heading into the game was Atreus and fear not, this is far from a really long escort mission. Atreus has his one set of gameplay mechanics the player controls to add to battle and push the story into heartwarming territories. Things are different for sure but don’t dwell on it.

Brutally fun. That’s the most honest truth. Beyond the lore, the exploration, and the relationship building between father and son is the brutality. That’s what makes this game fun. Although very repetitive (all games are repetitive, this one is super repetitive) the brutal ax kills never become entirely bland. The pacing of the game keeps things pretty exciting and makes it so that every new battle is approached with as little fatigue as possible. God of War offers just the right amount of challenge and change to keep spicing things up at every turn. Tired of fighting the standard weapon wielding demon soldier? Cool, here’s some sort of wizard magician thing that shoots poison. Tired of that guy? Word, here’s a giant column wielding beast monster. OK, break time. Go solve a puzzle or try to reach that chest that is obviously obtainable through some sort of wizardry. There’s excitement at nearly every corner. The only unexciting part: upgrading weapons, armors, and skills.

“Everything is different boy, try not to dwell on it.” That opening line tells the player everything they need to know about the entire adventure. The world for the characters has changed just as much as it has for the player. The mature tag on God of War is so much more than potty mouth language used by dwarven salesmen. The mature tag no longer belongs to the blood, gore, and savage brutality the series is so well known for. Now it belongs to the incredible story of coming of age not just for a young boy but for a fully grown man. A man whom many have come to love and understand who is showing a new side of himself. God of War takes Kratos out of the past without scrapping his history and sets up a future that may allow this god to stand the test of time. Unless some other Kratos type soldier decides it’s his turn to kill all the gods…