HZD: Better than the Sum of its Parts 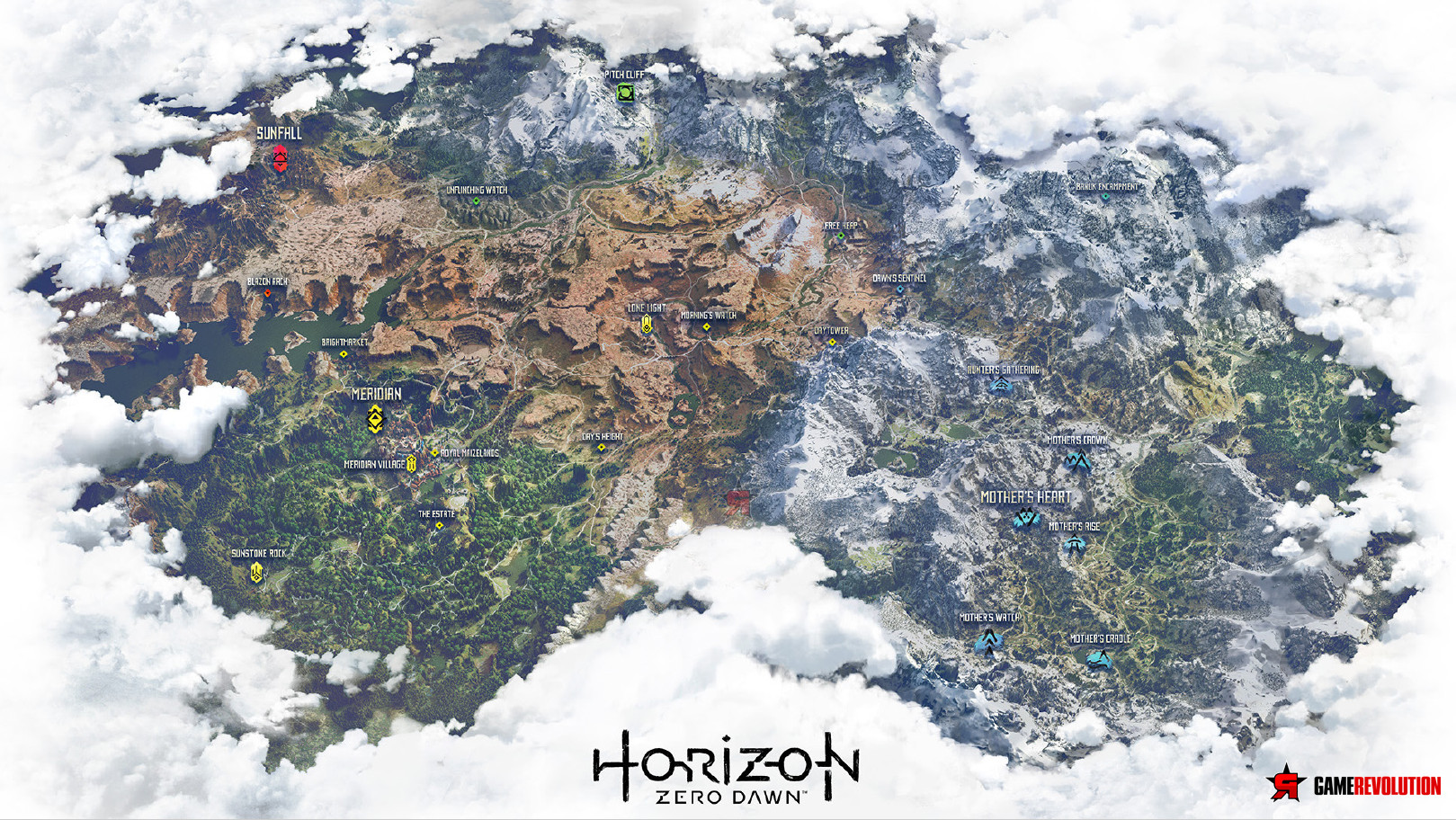 You’ve probably heard the phrase “better than the sum of its parts” at least once, never before has a video game encompassed that idiom better than Horizion Zero Dawn. By and large, all of the elements in the game aren’t very original. It’s an open world sandbox game with multiple approaches to tasks that suits different play-styles and features crafting, hunting, leveling up, and climbing some towers. Sound familiar? It should, because you’ve played “that game” at least a dozen times by now. What makes HZD so special is in what it borrows from which games, and how it implements them.

THE WITCHER 3 – You travel along a vast open landscape fighting all sorts of monsters along the way. Just like Geralt, protagonist Aloy must use skills and tactics if she wants to win the battle against the beasts within. Mashing buttons won’t get you anywhere in either game, even on easy mode. What is done better here is the streamlined crafting system used to upgrade your gear. Witcher will have you quest all across the fields to find one particular flower for a potion you need to make, whereas the requirements for potions in HZD are more generalized. You also get a sort of “Witcher-Vision” to track down objectives, but unlike Geralt, Aloy’s “Focus-Vision” is a lot easier to follow.

TOMB RAIDER – And collecting the goods to perform crafting is pretty straightforward and easy to perform. Like Tomb Raider (the new ones), you will find all the materials you need to make things all around you. In both entries, you can craft ammo for your ranged weapons in the middle of a battle using the weapon wheel. That’s a handy skill when you’re in a bind and run out of arrows. That said, Tomb Raider keeps the types of things you can grab in the wilderness minimal while HZD has a whole a bigger assortment of odds and ends you can find. It’s also notable that the targeting reticle for the bow in both games are nearly identical.

FAR CRY – The hunting aspects of this game also found their way here. The crafting at higher levels includes the need to hunt for specific animals in order to get better upgrades for your gear and outfits. Both have the perplexing tendency to be arbitrary with what animal is required for what upgrade, forcing you to hunt down a specific animal when you just need one more pelt for that potion bag you really want. Why do you need a rabbit skin for the bag? Who knows, go get it now.

ASSASSINS CREED – It’s not really like AssCreed at all, but we have only this series along with Ubisoft in general to blame for the parts where you climb some tower to unlock the map. Hell, even the latest Zelda is doing it now. Besides that, hiding in the tall grass to stalk enemies was a big part of this game and was used extensively in Assassins Creed: Black Flag.

METAL GEAR – Tell me the corruptor enemies don’t remind you of the Gekko from Metal Gear Solid. Besides the puzzling choice of having these machines moo, the big scary spider-like enemies can be rather terrifying in how quick they move. That first encounter with a corruptor was probably the first major boss fight of the game and still sends chills down my spine every time I have to face them in the game. They aren’t even the biggest boss fight characters either, just wait until you get further into it.

MAD MAX, WATCH_DOGS 2, HOMEFRONT: THE REVOLUTION, ETC ETC – The most important lesson HZD learned about games that others failed on is that you can’t just make an open world and then simply pepper it with stuff to do. That’s not game design, that’s just stuff to do. This goes double for games that have a large open sandbox but don’t utilize much of the space for anything. The map needs to be memorable by having locations and areas that are more than just your commute from point A to point B. HZD gives you various locations and biomes all contained in one large cohesive land mass that just makes you itch to explore.

Horizon Zero Dawn has giant robot dinosaurs. That’s never been done before and that’s very unique. The rest of the game? You’ve definitely seen it before. What makes it so great is what it achieves with the design factors it borrows from other great titles. “Derivative” doesn’t have to be a dirty word. It can’t be. If doing things similar to another popular game make it bad, the reviews for Dishonored would have been terrible.