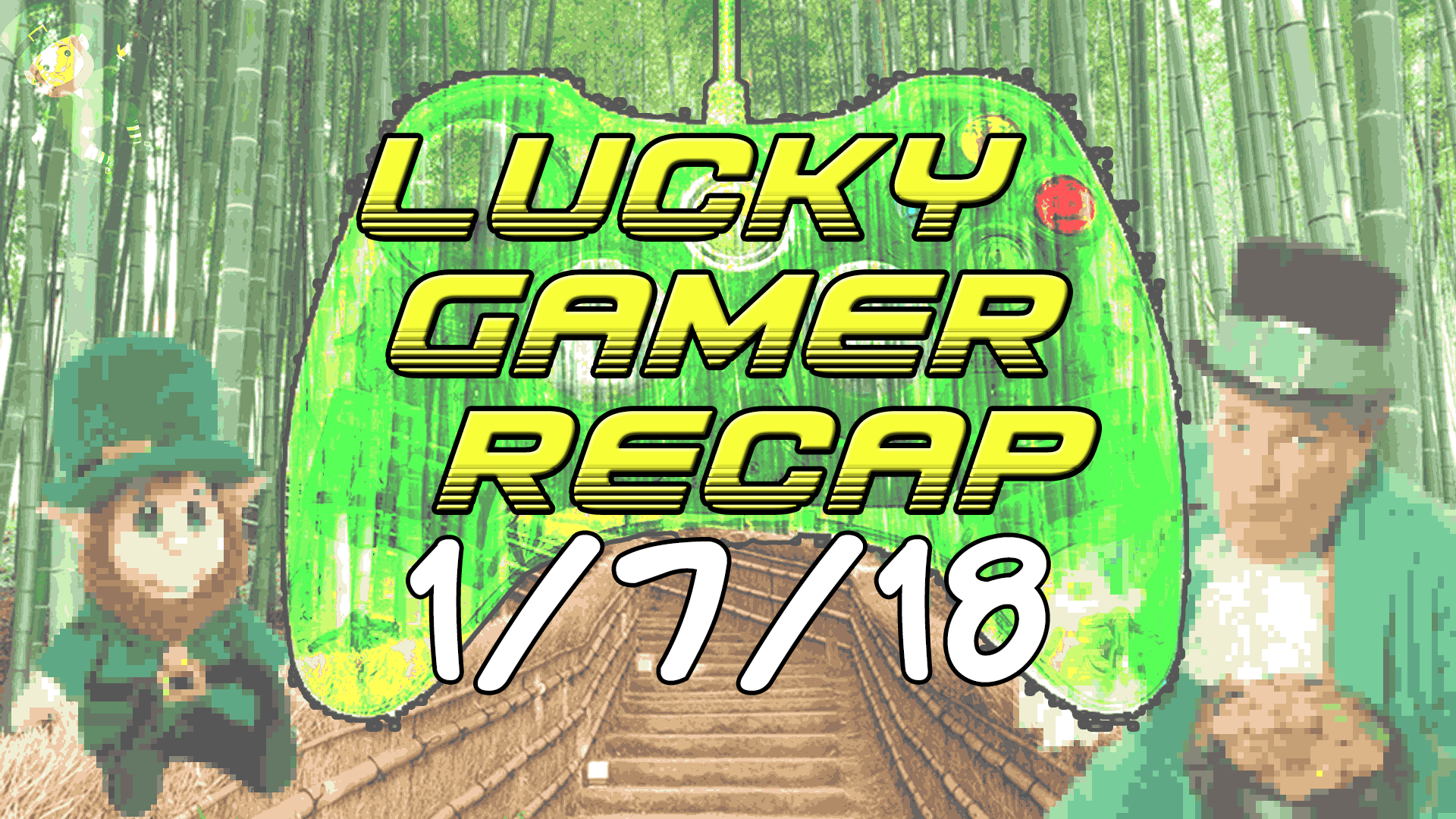 Oh my oh my, it’s a brand new year! The Lucky Gamer Recap is back! Last year was an incredible year for gaming, so this year definitely has a lot of work to do if it wants to meet the bar. Some people are speculating the announcement of a new Sony console, some people are speculating the next moves for Microsoft, and everyone is acknowledging the incredible amount of success Nintendo had with the Switch release. It’s still super early to understand the climate of our lucky charms but here are the first 7 things of 2018 that should make any gamer feel lucky to be a gamer.

1. The Animaniacs are taking over Hulu!

First and foremost, yes I am fully aware that on the surface, the news of Hulu reviving one of the greatest cartoons of all time may not seem like gaming news, but let me paint a picture. It’s Saturday morning, you just woke up in your favorite boxers, you run to the kitchen and serve yourself a huge bowl of cereal and then you plant your self in the living for some Saturday morning cartoons. Immediately upon the completion of your breakfast of champions you fire up your game of the moment and play till you have to go back to being an adult. The Animaniacs are part of that story no matter how you spin it. The real exciting part though is the potential of getting a new Animaniacs game since you know it’s been about 13 years since we last had a chance to play as our favorite trio.

[Bonus: Pinky and the Brain originally started as a segment of Animaniacs before getting their own spin-off, you know what that means right?]

2. AARRRGGGGHHHHH! Its a pirate-themed Controller!

Microsoft has always had the most incredible and unique special edition control designs (with a controller that big they better be able to paint a portrait on it) and they haven’t shown any signs of changing that at all. The most recent announcement being the beautiful new and purple special edition Sea of Thieves X-Box One remote. It’s described as being deep purple and glow in the dark with its own little piece of treasure: a gold right trigger. Alongside some of the interesting barnacle designs etched into the control and nautical design on the back, the front of the remote sports a cool skull with a pirates eye patch. Now that’s a treasure worth a boat ride, luckily you won’t have to as it’ll be available in stores near you next month. No specific date but I would imagine it launches alongside Sea of Thieves on February 15th.

After 9 very fast months of being closed, everyone’s favorite video game peripheral company is back on the market. Now operating out of Hong Kong under the business name Mad Catz Global Limited, the company is set to reveal some of its new products at CES 2018 which runs from January 9th-12th. Not much has been announced but the company did reveal an upgrade to the Rat mouse series called the Rat Air (wireless), the Strike 4 mechanical gaming keyboard, and the Freq 4 gaming headset. Can’t wait to see how many different controls they plan on making for the Nintendo Switch. I really wonder though how Mad Catz is going to claw its way into the VR market.

4. Basketball gets enhanced in Nintendo’s playground?

In an unexpected turn of events, well not really, NBA Playgrounds was launched this week for the Nintendo Switch as the “Enhanced Edition”. This version replaces the original version that came out in May (you know like an update does) and includes a brand new Challenge Mode which is the long-awaited online mode. Much like the title implies, in this mode, you can challenge friends online in ranked and unranked games. The Enhanced Edition also includes all of the game’s post-launch content but I’m not entirely sure if people who already purchased the game have to pay the $9.99 for the new version. Either way, Switch owners who bought the original version are still getting a free copy of Shaq Fu: A Legend Reborn. Stop laughing, that wasn’t a joke.

5. Kratos plans to outshine every Assassin ever.

Apparently, Kratos wasn’t completely satisfied destroying everything you feared in Greek mythology or history. He was so dissatisfied that Norse mythology is his next stop but it may not be his final stop. According to the great Cory Balrog, Kratos may turn his attention to other mythological belief systems like the Egyptian or Mayan era once he’s done beating the intimidation out of whatever Gods, Beast, and Creatures can be found in the Norse textbooks. With this new Assassins Creed-esque approach, we may not know exactly whose historical timeline Kratos plans to bloody up next but we know for sure he’s on a warpath against myths. If you are reading this and you are a myth of any sort: Run. Run and never stop running. Kratos will find you but at least you can get a head start on enjoying the little time you have left. Godspeed.

6. And now more on morning cartoons.

The kids of today may not understand and appreciate the Animaniacs but that’s ok, they get their own Saturday morning cartoon game to enjoy. Cartoon Network’s series Ok K.O! gets a side-scrolling beat’em action game relating on January 23rd for PS4, Xbox One, and PC. Ironically the one system this game should absolutely be on gets skipped but hey what can we do. The game is being developed by Capybara Games, the studio behind Super Time Force, so it should be a pretty good licensed experience. Licensed gaming experiences have gotten a lot better in the past few years as well so there’s that as well. I don’t really know much about the show but the trailer is actually pretty awesome. Either way, I appreciate the world around us coming to understand the value of cartoons.

7. Are you ready for Paradise? But maybe only in Japan.

Alright, buckle your seatbelt folks, this one here is quite exciting. An HD Remaster of Burnout Paradise has seemingly been announced for release on PS4 in Japan on March 16th. My immediate thought on this is there is some sort of translation error or someone only caught a glimpse of some marketing material and jumped the gun. It’s hard to imagine 1. an American style racing game would only launch in Japan and 2. A game series that did incredibly well on Xbox would be remastered exclusively on PS4. Also, there’s the whole accidental listing back in December that was pulled quick for both consoles. Not much is known yet, but it does matter I’m excited and I know Chet is too. [Editor’s Note: I own a copy of Burnout Paradise on almost every platform possible to own it on.]

P.S. Had no choice but to save this for last because I know how much Chet loves this game and I wanted to make sure he edited the whole article.