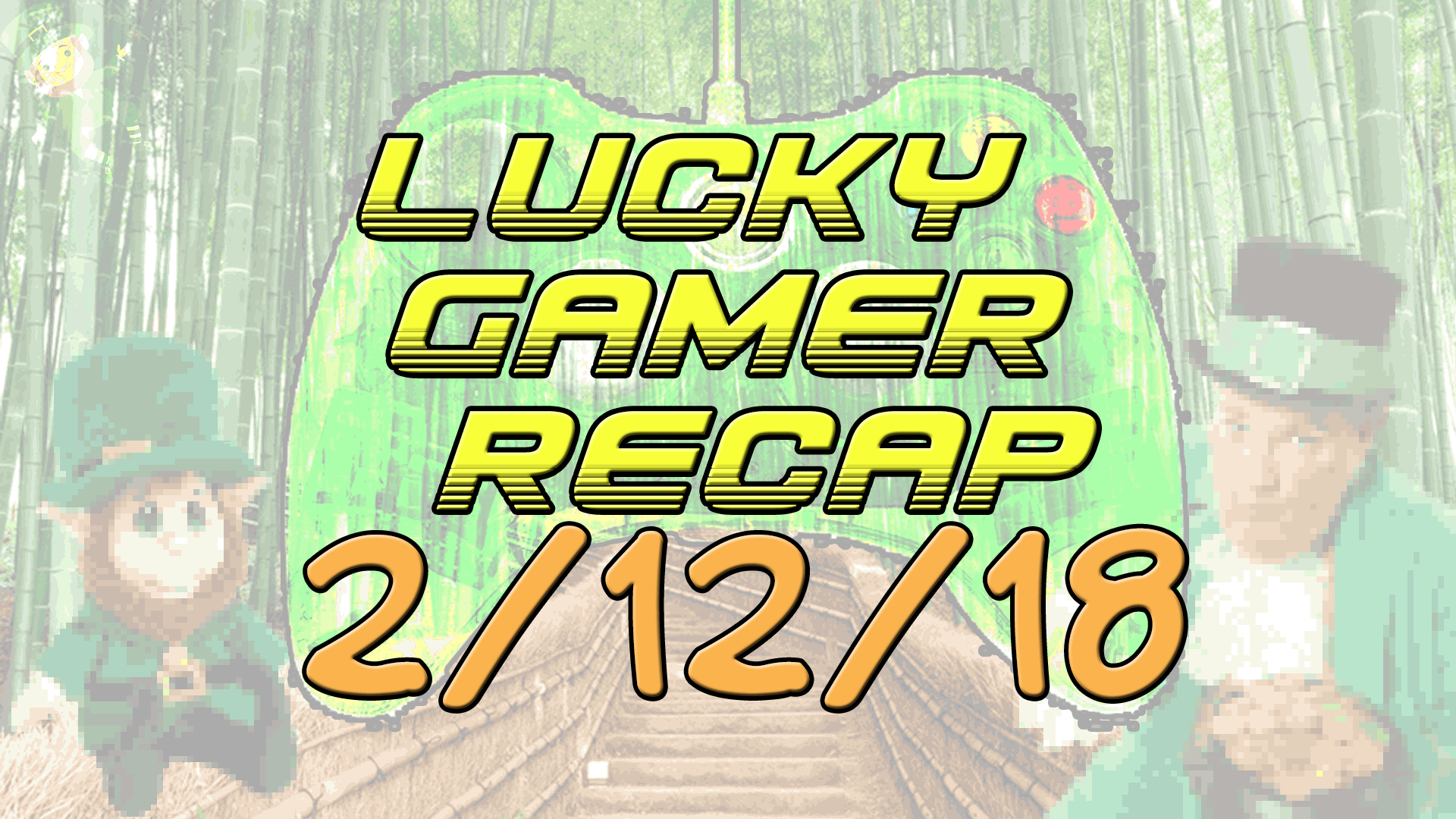 Wowzers, what a crazy week in the world of Gaming. Big announcements, unexpected exclusions, and to much hollywood involvement for my taste. It’s a beautiful time to be a gamer. How much luckier could you want to be? Wait, I have an answer. I want to be lucky enough to have been able to purchase a pair of Playstation Sneakers. I digress, here is the fun news for the lucky gamers:

1. Playstation (but say it in the commercial voice).

This week held a lot of surprise announcements from the house that rebuilt Sony. To start, rumors of a new Crash Bandicoot surfaced with the leak claiming a new game may be out as early as 2019. How realistic this rumor is, I don’t know. I do know that I am ridiculously excited regardless. On the less rumor more fact side of Playstation’s week, Sony announced the New Gold Wireless Headset. This new headset is the first major update to the headset since 2014 and boast a sleeker design, more comfortable headphone cushions, and dual noise canceling microphones. On top of that it still has 7.1 surround sound (and the companion app) and works with the PSVR or any other device with a standard headphone jack. And then we have the truly technological piece of news. The beta for PS4 firmware update 5.50 went live and includes a ton of amazing features. Things like Play Time Management for parental settings, two new tabs for the library, “This PS4”, showing everything currently installed on your PS4, and “PS plus”, and custom wall papers can now be installed via USB. It’s like the old PSP days, I can’t wait. Also, Babe Ruth will be a playable roster addition for MLB 18: The Show. You’re welcome.

So many release dates! So many things to update on the calendar! Are you ready? Set? Go! A PUBG Xbox One S bundle was announced and will be released on February 20th, 2018. Pick this up and you’ll find yourself owning a 1TB White Xbox One S, PUBG, one month of Xbox Live, and one month of Xbox Game Pass Trial for $300. I thought PUBG was free, not sure anymore. Deadbolt, a new game from developer Hopoo Games, will be coming to PS4 and PS Vita on February 20th as well. Deadbolt is a stealth action hybrid game with every mission having ways to complete it that cater to any play style. The game I’m most excited about learning the release date for though is from developer Dontnod. Vampyr, the first game since Soul Reaver to be exclusively about vampires, is coming out on June 5th 2018. A little later than the planned release window but I’m just grateful the project wasn’t scrapped. And finally the PC master race will see the release of Breach, from Subset Games, the developers of FTL, on February 27th 2018. Woo that was a lot, time to start FFXV.

Lara Croft has shown on multiple occasions, some successful and others not so much, that she is not afraid of the big screen. What’s really interesting this time around is that she’s stepping into the small public screen world. The new Tomb Raider movie will be getting an arcade game tie-in. Now ain’t that some sh*t (excuse my Swedish). A movie based on a video game is getting a video game tie-in. Someone help me understand. In the meantime, somewhere in the world Wei Shen is sitting in a room coaching Donnie Yen on how to be a Sleeping Dog. You know because Sleeping Dogs is getting its own movie adaptation that is currently in production according to Donnie himself. No director or anything in place yet, but I guess I’m down to take anything from Donnie Yen serious. I mean he’ll probably kick my ass if I don’t sooooooooooooooo.

4. Marvel gets snubbed at EVO.

I feel like the beginning of every console generation sees a ridiculous influx of racing games and fighting games. This topic is entirely enveloped in the latter. With all the fighting games that came out this year, both good and bad, and only 8 seats at the EVO table it was obvious something was going to get excluded. What wasn’t obvious, and honestly came as a bit of a surprise, was Marvel vs Capcom: Infinite being left at the door. It’s not the only interesting exclusion as King of Fighters 14 is also notably absent. The full list of tournament games is

The lineup is actually pretty consistent with what most of my friends in the gaming community are playing but still a tiny bit of a shocker. Not sure what the voting process is but that’s the lineup. The most entertaining part of the whole lineup for me though: BlazBlue technically isn’t even out yet! It literally comes out 2 months before EVO. Side note: Tomoko Hiroki, one of the producers of Dragon Ball FighterZ, said she’ll be competing at EVO so step your game up. {Editor’s Note: Two Smash Bros games? Really?}

Rumors swirling around the mill say Namco Bandai is hard at work developing two games. One is significantly less surprising than the other. First we have the rumor that Ridge Racer 8 is in development. Like I said before, new console generation gets a slew of racing and fighting games. No surprise here, keep it moving. Now for the gasp inducing rumor. Namco Bandai may be developing Matroid Prime 4! The game was confirmed to be in development at E3 last year making this a very plausible and interesting rumor. With these rumors being pulled from the resume of an eager designer, it’s hard to determine how much salt to take with these. Especially because the final piece of the rumor is rather unique. We expect Metroid Prime 4 to be a Switch exclusive, but Ridge Racer 8 may exclusive as well.

Google is reportedly stepping fully into the video game industry. According to sources cite by The Information, Google is hard at work developing a cloud based streaming platform. Very similar to Playstation Now, it is unclear if the new program will work through the existing Chromecast or a new Google gaming console. With the recent addition of former Xbox & Playstation executive Benedict Arnold, I mean Phil Harrison as Vice President this move seems very possible. What would Google offer remains to be the question and possibly the largest factor for the success of another service in a market not quite figure out. I’m rooting for you Google! You go out there and make Sony do better.

With the release of Kingdom Hearts 3 potentially happening before the end of 2018, Disney and Square Enix have been showing very little to make it believable. This week they went big and announced the second Pixar based world in the upcoming game. The Monster’s Inc. universe is now officially part of the Kingdom Hearts universe. They showed off incredible character designed work recreation, as expected, and gave us some heartwarming time with series star Mike, Sully, and Boo. I wonder if including Monster’s Inc. will be the way that Disney addresses fan theories about around the connectivity of the entire Disney animated movie universe. Interesting, very interesting.

{I haven’t been to Dave & Buster’s in a long while but the Tomb Raider tie in may be worth a visit.}