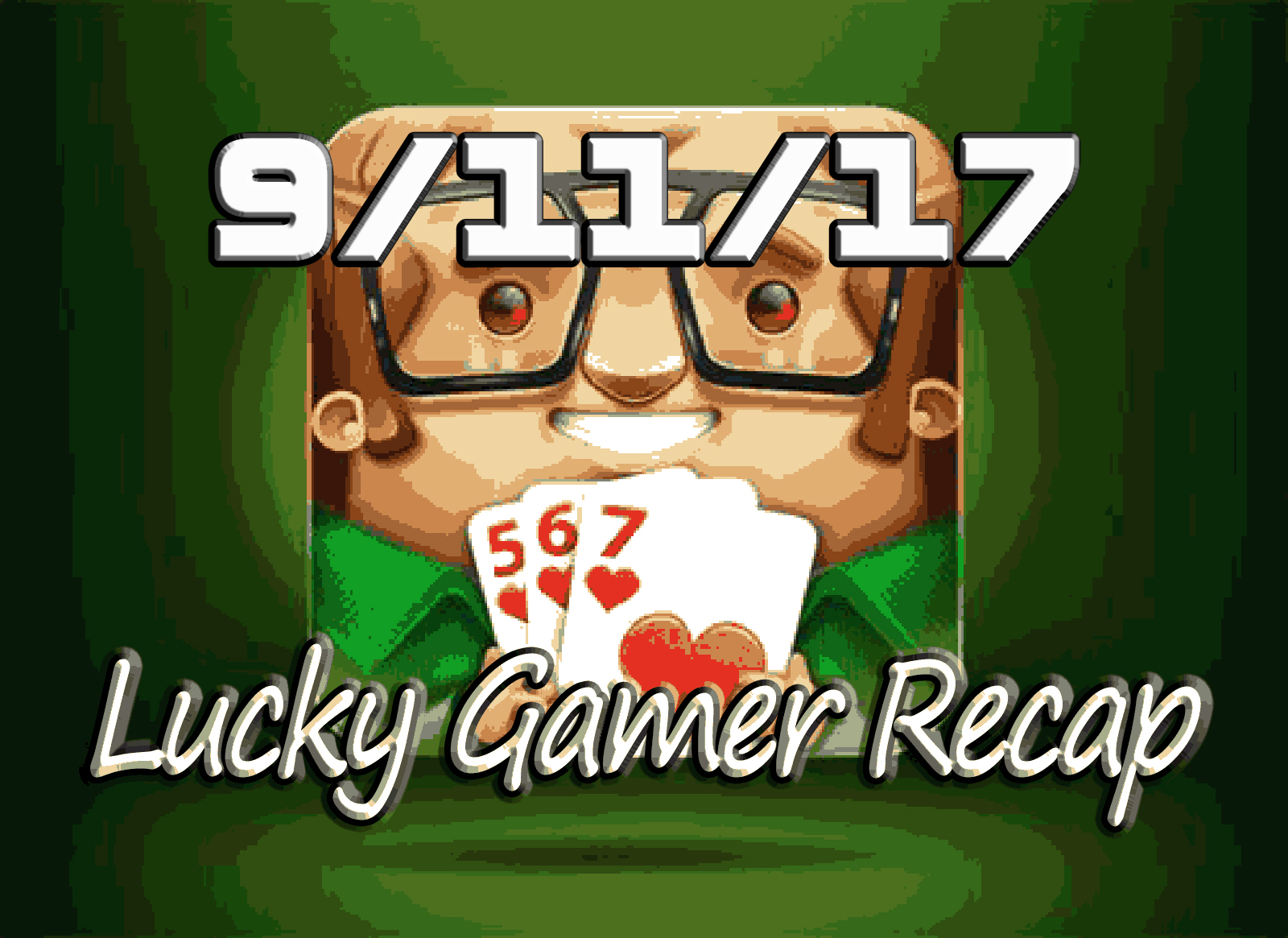 Major change alert! For those of you who have been following along, thank you very much. You are extremely appreciated. Going forward the Lucky Gamer Recap will be published on Monday mornings to make for a more exciting start to you week. Also to make sure we capture all the incredible pieces of gaming info that slip out of over the weekend. Also I prefer writing on Sundays. See, everyone wins.

1. Pay homage to those that paved the way!

Another super exclusive limited edition mega ultra old school looking thing is happening to the PS4. PS1 inspired crystal Dualshock 4 controllers will be coming to PS4 in October. If you don’t feel excited about this, I officially deem you too young to play video games. Outside of being translucent there is nothing different about these remotes. However, just like the PS4 anniversary remote, this means the world to true Playstation fans. Like [this guy].

2. Toyota pulls their cars from yet another race game?

Following the announcement that Toyota vehicles would not be in the upcoming Forza game, the fellas over at Ghost Games have confirmed that Need for Speed: Payback will be lacking as well. As an outsider to the business, it’s hard to understand why Toyota has taken this stance recently and as of this writing, neither of the three companies has issued a clear response as to why. No Toyotas isn’t the craziest thing that could happen to any of these racing franchises but it is definitely very interesting. Oh well, I only drive Nissans, Beamers, & Lambos OH MY!

3. Hey you adults, stop being so childish with our Final Fantasy!

Well actually its the return of L.A. Noire, that amazing detective game that Rockstar released sometime last generation. You know the one about facial recognition and reading through peoples lies. You know the one that cost them a butt ton of money to make and didn’t sell as well as expected. Well yea that game is back and its on more powerful consoles (you know besides the switch) and its even getting a VR adventure. Whoa mama Rockstar is coming out the gate swinging. The craziest part of the whole story is that the release for this project is November 14th. Man I love when companies do this. Get me all excited and then hammy its here. And it comes with all the DLC and runs in 4K. Done.

Turns out Bethesda has no interest in playing games. Or maybe they do. I actually don’t know how to use that phrase for this situation. Ultimately what I’m trying to say is, Bethesda has just confirmed they have a brand new unannounced game coming before the end of 2017. There wasn’t much else said besides that but it’s still exciting to know that a company with so many game still has more to give. Bethesda, the gift that keeps on giving. (This game better not suck.)

6. Exclusivity continues to mean nothing.

As the console wars continue to make absolutely zero amounts of sense, we have another one entering the ring. Dead Rising 4 will be coming to PS4 on December 5. It is almost exactly 1 year since it was announced and released an Xbox exclusive. Personally, not a huge fan of the dead rising series. To me it feels like the Saints Row of horror games. Regardless, it will be available to any and all PS4 gamers who would like to rekindle their friendship with good old Frank West. Also, he’s my least favorite character in Marvel Vs. Capcom. It also comes with all the DLC and some bonus content. Fun, fun, fun.

I’ll admit my inner Playstation fanboyism might have taken the wheel in the last recap. Hopefully all is forgiven and we can rejoice in the news of the games with gold. Here we go, in the month of September, Xbox gamers will be able to download and enjoy Forza Motorsport 5, Hydro Thunder, Trials Fusion, and later in the month Oxenfree and Battlefield 3. Hows that for a power packed month. Fun fact, it was actually Battlefield 3 that brought me back to the wonderful world of Battlefield.