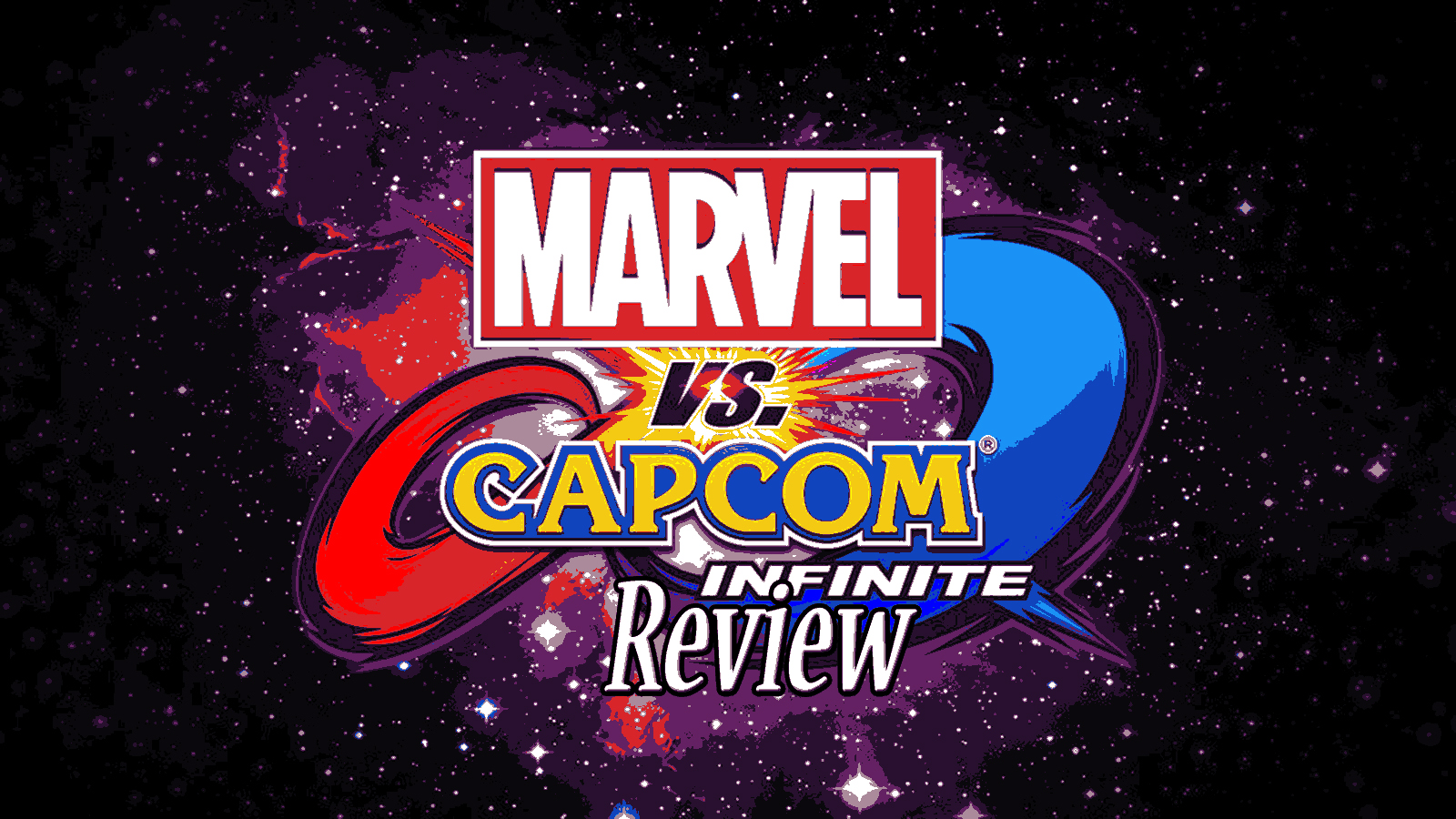 Who would win? Nonsense resolved.

What happens when worlds collide? The timeless question that has resulted in the collaboration between many companies individual IP. In recent years, the industry has seen the release of incredible crossovers like Street Fighter X Tekken, Mortal Kombat vs DC Universe (which ultimately lead to Injustice), and the absurd Warriors All-Stars. However, the originator of the mash up fighting games has returned to reclaim the throne. Marvel Vs. Capcom Infinite is the latest entry in a series that prides itself in taking heroes from all different games, genres, and pop culture and putting them out their comfort zones. Developed and Published by Capcom in partnership with Marvel Comics, Marvel Vs. Capcom: Infinite is a 2v2 tag team fighting game. Released on September 19th, 2017, MVC: Infinite is setting every sight on reclaiming the top thrown from every universe.

The Marvel Vs Capcom series has always played very safe by keeping the visuals as close to 2D comics as possible. Much like MvC 3, MvC: Infinite does a great job of keeping the cartoon comics feel while balancing the need to live in an HD Space. Cutscenes often look like incredible CGI short films and gameplay hardly fails to keep the excitement running high. Frame rate remains constant and fluid, which is critical for a fighting game in any capacity. Overall the visual style of the series as a whole allows the game to look incredible without ever needing to look photo realistic. Impressive but nothing to parade over.

The most exciting thing about the MvC series is also its largest set back. Attempting to combine multiple universes with their own individual power struggles is very clearly a difficult task. With such an all star cast it becomes very difficult to allow anyone cast member to be the true protagonist of the story. Even more so when the antagonist from other universes join the party. Ultimately, Marvel vs Capcom: Infinite retells the story of Ultron with some added flare from the antagonist of the other universes. At no point do any of the Capcom characters feel necessary to the story. The entire cast role was played in support mode, but not really given a task to support. The story itself isn’t bad, with plot twist that include infamous characters like Thanos & Jedah, but it isn’t necessarily good. The best way to sum it up is: This wouldn’t be a good read.

Sound effects galore, MvC: Infinite sounds like the absolute best Avengers movie to date. Keen attention was paid to small details like different sounds when a character falls on dirt vs when they land on steal. When playing in surround sound background noises can be heard clearly enough to make the fighting environment feel a part of something bigger. Voice acting overall is executed excellently although the lack of hyper realistic visual design often takes away from it. The soundtrack is expectedly orchestral yet still interesting enough to feel brand new. It’s hard to believe anyone has ever fired a laser gun or a hadouken, but the sound placement makes it feel like a very plausible memory.

As a series Marvel vs Capcom has always been known for it’s intricate 3v3 tag battle system. MvC Infinite ditches the 3rd tag partner and brings the playing field to 2v2. Outside of that the overall gameplay remains primarily the same, which only serves as a reminder that the there is a teammate missing.The inclusion of the infinity stones, which allows players to battle with specifics buffs and debuts active, is definitely a refreshing tactical addition. Unlike some of the recent fighting game releases, MvC Infinite lacks any RPG like elements which may or may not have heightened the experience. It will be very excited to see how much of an impact the vast array of costumes will have on the game in the long run.

Despite the story not being extremely captivating, Marvel vs Capcom never stops being fun. Every fight feels refreshing. The incredible matchup opportunities presented by the current roster is amazing and that’s without considering the DLC soon to follow. The infinite mode makes for a very fun party atmosphere, where even the beginners feel welcome. If that weren’t enough to make new players feel comfortable, the game has an Auto Combo feature. When the player lands a certain amount of hits consecutively the player strings directly into a mid hit combo. It is very difficult to get anymore fun then going toe to toe with anyone in the room.

Marvel vs Capcom: Infitnie continues the legacy of being a supreme fighting game. Although there are a few struggle with writing a plotline, Capcom has show it understands how to craft the arena. Visually on the same playing field as most of its competitors with sound that feels cinematic there is very little this game has left to polish. Marvel vs Capcom is right in line with the fighting game contenders.