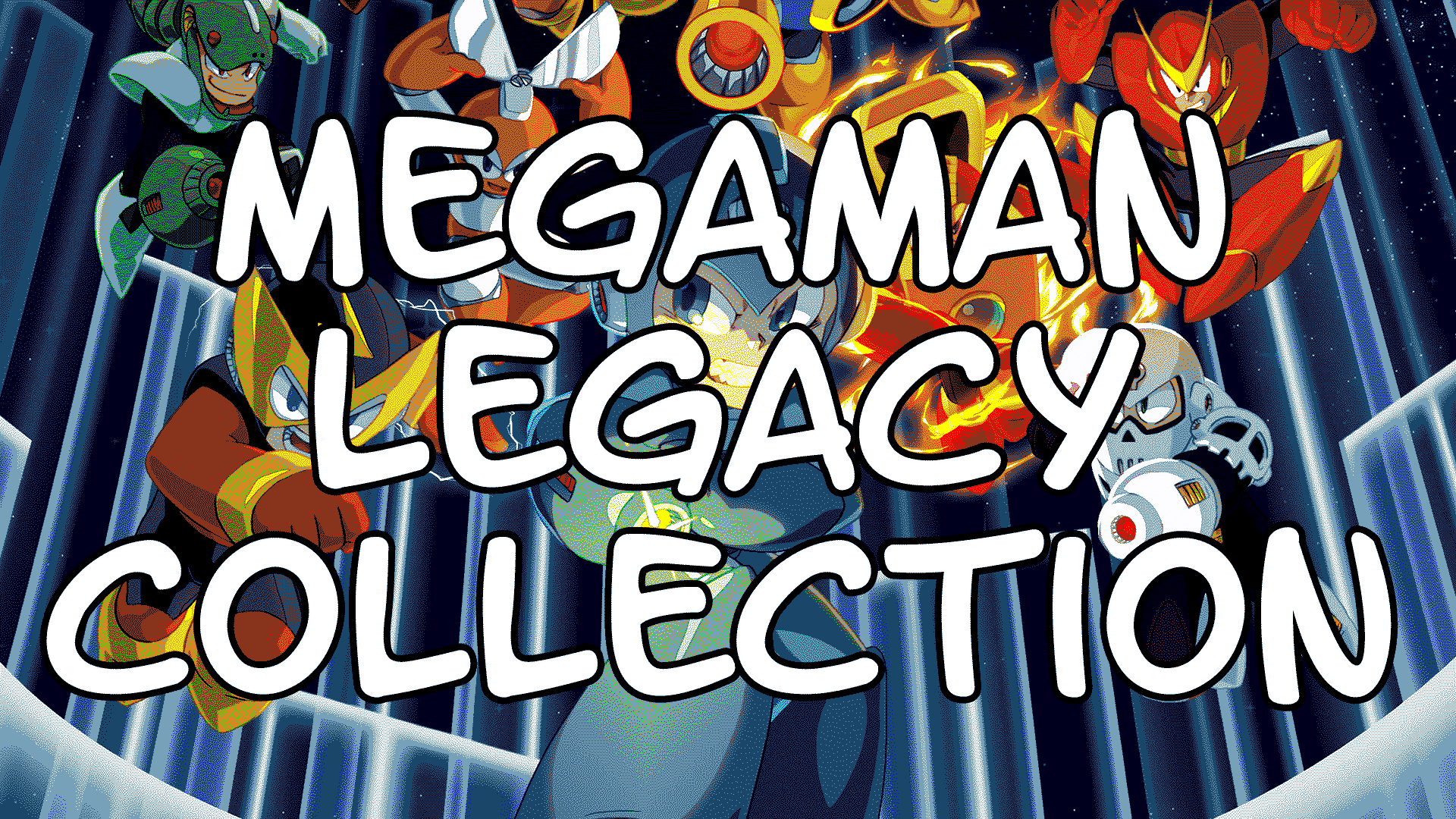 From the moment MegaMan Legacy Collection was revealed for Switch, it were bad news for me. For starters, it’s two game compilations combined, but only one of them comes physically. Why would they do this? These collections aren’t even that big. How much space could 10 ancient games actually take up? NES cartridges hold less than 1MB of data, I understand that in order to run on a newer system some emulation software is needed, but really? This alone took me and MANY other fans a lot of time to get over and accept.

I’ve played these on PC, PS4 and 3DS, and they were amazing there. Each one has very minor problems,
which leads me to wonder, just WHAT problems is the Switch version going to have? Did they fix it? On PC, it required a decent video card to get no lag, and it looked and sounded great. The PS4 version practically had zero issues other than the music having a lot of clicking sounds not found in the original. On 3DS, there was no lag, good audio, but the framerate was a bit choppy. Now for the Switch, the music no longer crackles like it does on PS4, nor is there the frame rate hiccup from the 3DS! But man oh man, did these things come for a price.

There are 10 games total, and in handheld mode, ALL 10 games are scaled poorly, giving them uneven pixels! There are modes to change the screen size, and it doesn’t help almost at all. There are filters, and actually, all of them make everything look WORSE. Not in the retro way, either, it just genuinely makes the graphics look bad. I can’t make them look this bad on emulators. Heck, I can’t make them look this pterrible on an OUYA.

For comparison, I have Mighty Gunvolt Burst on my Switch (Mighty no. 9’s side game made in 8-bit). It is styled exactly after the NES MegaMan games, including screen resolution, and they were able to make THAT one look 100% correct for Handheld and Docked mode, without any weird filters at all. There are other classic games on Switch, like the Arcade Archives, most of which are the same resolution as these MegaMan games and those are capable of scaling perfectly 1:1 to the Switch’s screen.  The problem is sort of solved when playing on the TV, and I say sort of because MegaMan 9 and 10 remain bad-looking even when docked.

Furthermore, I can play MegaMan on a Raspberry Pi. It cost me $70 total for the board, a decent controller that’s nice and not crap, plus an SD card and the case. For the basic user who doesn’t care as much as I do, downloading, installing, and hooking it up can be done in 10 minutes and it will run better than the Switch collection. But still, that’s only if you know what I know, and it’s not that easy for everyone. But the collection goes for $40 and I have a setup that will play every NES game ever made for less than double the price.

Worst of all, the first 6 games have input lag. This affects every mode, no matter what. Handheld, TV, Joycons or even a directly wired controller don’t fix this issue. In a game as perfection based as MegaMan, this is unacceptable. This means that you press the jump button, and MegaMan jumps about 5 to 10 frames later, giving you the feel that MegaMan’s response is sluggish or held back by something. (And no, enabling Game mode on the TV or using a lagless computer monitor will still not fix this, this problem was not present in any other versions of this collection). I actually can’t even configure my own PC emulators to behave this poorly on purpose. It feels like I’m playing the game through a video call on my phone rather than in real time.

Digital Eclipse, the company who developed MegaMan Legacy Collection 1 (not 2) would brag so much about how they deconstructed these game’s ROMs so that they were rebuilt with brand new code that would increase compatibility with just any of today’s videogame systems, or even future systems, as well as “preserving the games just as they were presented when originally released.” If you work at Digital Eclipse, and are the “Head of Restoration” and are reading this, know that you and your team have failed.

Conclusion: The Megaman Legacy Collection 1+2 for Switch is inferior to any other releases of collection. The only games that play without any problems are MegaMan 7 and 8, and only when docked. MegaMan X Legacy Collection is coming soon at this point, and I’m really scared of what they will do, because even though it’s not going to be Digital Eclipse, at the end of the day it is Capcom that has allowed all these flaws to be released to the public AND refuse to offer fixes (I’m looking at you, MegaMan 5 3DS version).