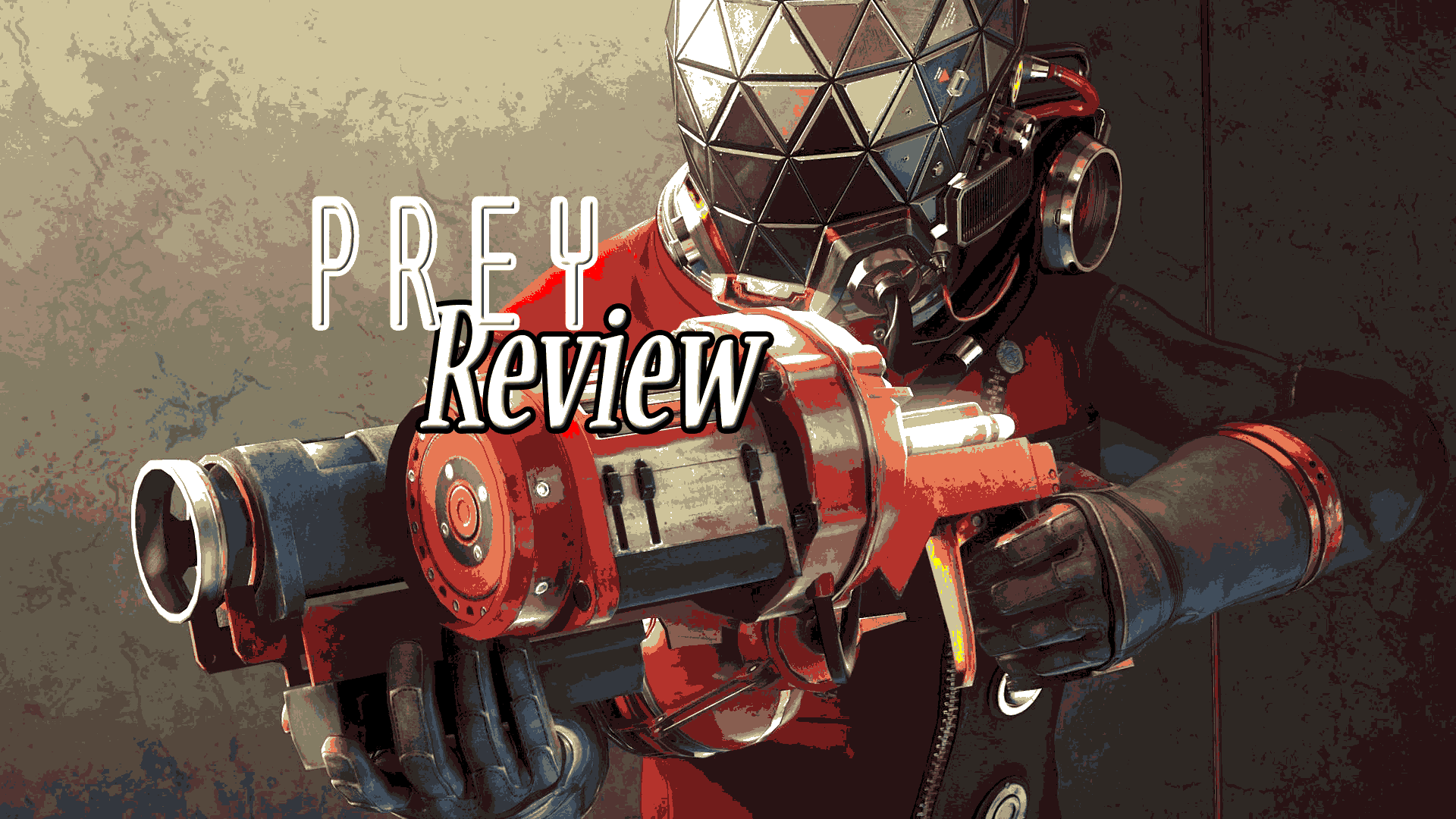 Prey is the spiritual successor to a 2006 title that also simply goes by the name “Prey.” Originally, the old title was supposed to get a direct sequel that involves being a space bounty hunter and chasing after criminals, yet sometime in 2014, the game was unceremoniously axed. Fast forward to 2016 and this new game that shares the same title pops up, and is the center of many debates on whether it constitutes a sequel. Also, can developers just give a new game the same title because it’s been long enough since the last one? Developed by Arkane Studios, makers of the Dishonored franchise, and published by Bethesda, this game raised the bar on the “play it your way” style of games. In this one, you find yourself on a space station infested with aliens that can turn into any object they want as well as aliens who just walk around killing people. Fun times, eh?

This game does visuals in a stunning and very clever way. When facing enemies like “Mimics” or “Phantoms” the game’s lighting goes a bit haywire and in very high contrast, because you suffer from “fear” when you encounter them. Each weapon in the game is uniquely balanced to fit into the world and designed accordingly. Also, being on a space station, you would be rotating constantly. So the developers took special care to make sure that aspect not only looked good but dynamically affected the rest of the locations. Since the station is revolving in real time, certain locations with windows will slowly change lighting and shadows based on what’s outside your window. It’s very clever and well implemented throughout all of the game’s locations. There’s also the “looking glass” technology that feels like a bit of a technical marvel, serving as a sort of video that can display 3D renderings that look more like they are a window into a new room rather than a simple video.

While the story is good and intriguing, it’s hard to find yourself really engaged in the overall narrative. For all its creative bends and curves, the game does boil down to your average “alien invasion” story. A lot of the drama that unfolded before the alien attack takes place in this sort of game’s favorite exposition dumps, audio logs and emails! It does a good job to express all of the goings-on that happened while you were unavailable, but none of the characters are all that compelling enough to have you really investigate. Plus, once you do finally encounter other living survivors on the station, they seem rather stiff and one-note. The game is constantly finding excuses to make you take the long route to what should be an easy destination because dangling that carrot works for some. It did grow tiresome after awhile. It was also made worse by the midpoint of the game in which you’ve accumulated so many side quests, you might get anxiety in trying to figure out where to go next, or where you even should go to at all.

The sound in this just plain “works” for the most part. Most of the conventional weaponry sound as they should, and you also get some individual weapons with unique sounds. The soundtrack is average at best, with a lot of synths roaring over your every encounter with the alien Typhons. It sometimes gets annoying, because you can get to a point where encountering a certain type of enemy is no longer as threatening as it was earlier in the game, but you still get that jarring chord that’s supposed to scare you more than the enemy itself and it comes off as obnoxious. As for voice acting, it’s all just alright. Your character doesn’t talk very much even though you see yourself talking in recordings, which makes your silence more suspicious than characteristic. There’s stuff to be enjoyed here, but it’s brought down by a frequently used battle song you’ll hear when you encounter enemies, and you will get sick of it.

As said earlier, this game really does feature as one very well-implemented “play your way” approach to the game. You can sneak, go on the attack, science your way through, or turn yourself into the monsters you’re fighting once you gain the ability to learn new abilities. Just when the upgrade tree seems too oppressive, some more abilities pop up as the first quarter of the game comes to a close. The idea of using the psychoscope, a scanner designed to analyze living Typhon, is a neat one for helping you learn about the strengths and weaknesses of enemies as well as the new abilities based on what they can do. At the time of writing this, I tried to pursue the path of not using any alien mods, as they can affect your treatment on the station. It’s quite a difficult path, but not necessarily due to a lack of capabilities. The difficulty comes in the fact that every enemy encounter is more than just a quick fight. It’s stressful and feels like a big ordeal.

Prey delivered on what it was supposed to be: a new game that challenges the boundaries of gaming by having some interesting design choices on how you go about getting around the ship and the many ways you can handle a problem. It’s too bad the game has so many buzzkills in the form of enemy aliens absolutely wrecking you and the snore-inducing loading. It’s a game to pick up if you enjoyed its cousins like Bioshock, Dishonored, and Deus Ex, but be prepared for some truly frustrating elements in a game that is extremely well-designed.