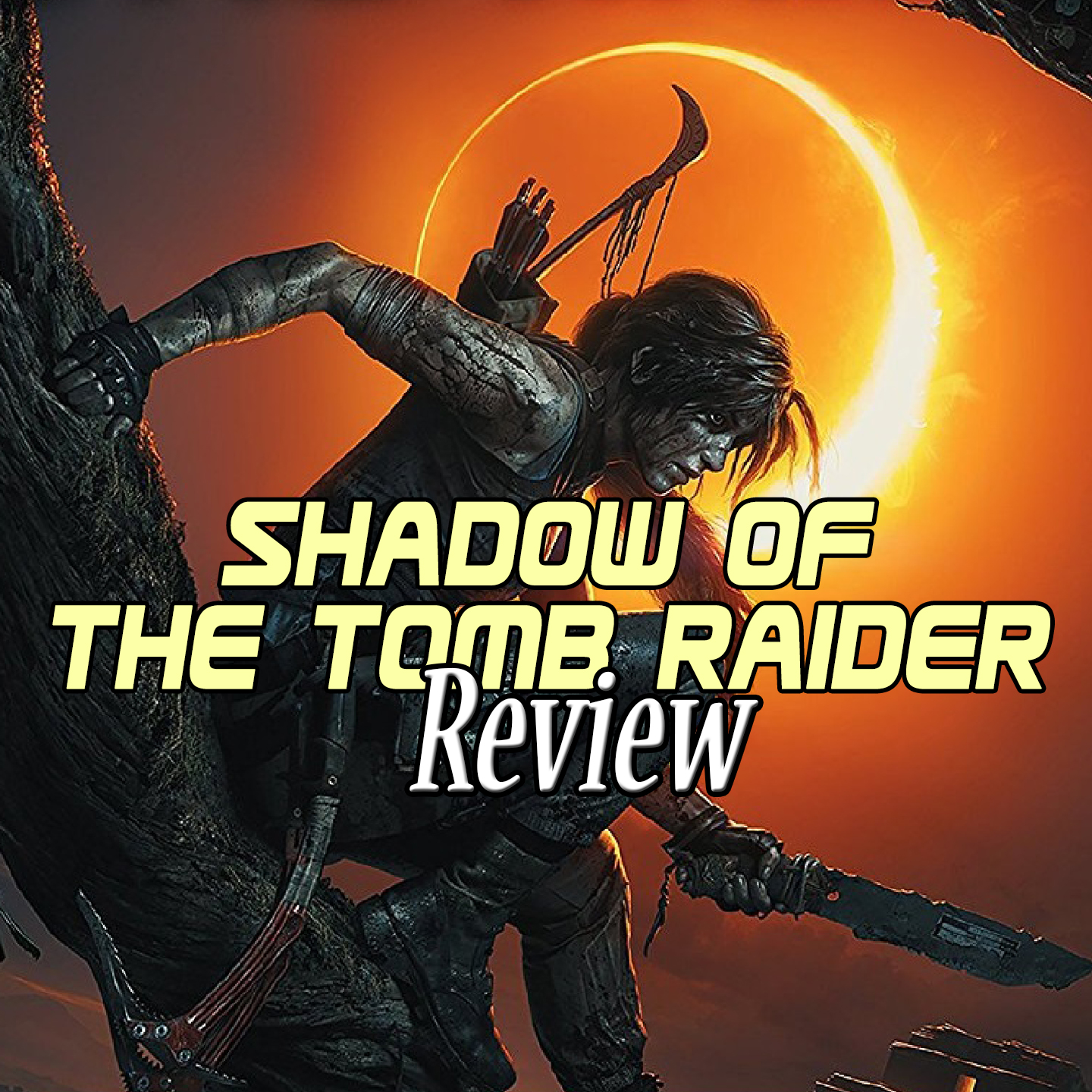 Living in the shadow of someone else’s dream.

The reboot series of the old Tomb Raider games was the breath of fresh air it needed. Developed by Eidos Montreal alongside Crystal Dynamics and published by Square Enix, Shadow of the Tomb Raider serves as the third installment of the new series. Notice I didn’t say end. It’s not an ending, it’s a promise of more to come, most likely. The only problem is, just like the original series and its multitude of half-baked sequels, Tomb Raider seems to be running out of steam. Less than stellar sales have been reported and the title was grossly over-SHADOWED (kill me) by the likes of Marvel’s Spiderman for PS4. But with the likes of Uncharted and other big cinematic action/adventure capers, what happened? Was the game bad? Uninteresting? Let’s have a look piece by piece.

This first category is a little hard to score. For one, this review copy was done on the Xbox One S, so I can’t fault the game itself to some minor imperfections. Especially from a technical level, everything looks great. But at the same time, there’s also no variety in the entire game. Jungles, jungles, jungles, and more jungles are the game’s bread and butter. The color green was one of the biggest stars of the game. Also, the main village you eventually encounter seems a bit rushed, with some less than stellar textures and some character animations that don’t sit right. However, there are many action sequences featuring cataclysmic events that are well executed. And the main characters all did have a high level of detail and polish.

This is also a difficult score. The ongoing plot involves you hunting down an artifact and encountering a group of indigenous tribals. In turn, they need your help with guarding the prize. So… it’s the exact same story as the other two games. It was practically ticking off a checklist of the ways it was similar to the prior games, especially Rise. In the last two games, I was more than willing to explore the optional tombs and do sidequests because I was so immersed in it. When it came to this game, I honestly could not give a damn about the option quests, tombs, and collectibles. Nothing held my interest, neither the nonsensical plight of the tribals or the promise of adventure could get me to even bother. Optional tombs give you special abilities, but the combat was easy enough that I didn’t care.

What was really good was Lara’s arc herself. As the centerpiece, she is completing a final character transformation from the first game to this one. It started off with her reluctantly having to kill enemies in the first game. In the second, she saw killing as a necessary evil. The third time around, she’s literally a predator who will not even think twice about killing a small militia. And at one point, she does do that! From covering herself with mud to hide in tree vines, hiding up on tree branches, and sneaking through tallgrass, she did it all. There was a long stretch of the game where it felt a lot more like I was playing Assassin’s Creed. Watching her complete this character arc, as she deals with repercussions she never thought she’d face? It’s a great experience. Too bad it’s wrapped around the same boring story.

Jonah! Jonah! Jonah! That name is the new “Press X to Jason”. For such an independent woman who ain’t need no man, she sure is needy when it comes to talking to her companion on the walkie. Well, that’s not actually true. Jonah just constantly puts himself in danger anytime you leave him alone. That aside, voice acting is on point. As with a lot of leading ladies lately, Camilla Luddington did a top-notch performance as Ms. Croft. She had many emotional crescendos that gave me actual feelings. That doesn’t happen that often. The sound effects were solid and effective, with lots of rubble crashing and ice pick thwacking action. The music had some interesting styles in there as well. One of note was while fighting the enemy tribals. The music incorporated their chants into the song to serve as percussion instruments. Very creative.

Okay so let me reiterate, this is practically identical to the prior two games. Only the combat feels incredibly easy on its default setting. Another major change is the structure. This game is far more linear than previous games, and for the large part leads you on a direct path throughout. Not that it’s a bad thing, if anything, more games could benefit from having a more focused path. The game does open up a bit, just not to the degree of prior games. Now the critical mistake in this game is thinking anyone wanted underwater sections. Nobody asked for those. Absolutely no gamer has ever enjoyed underwater levels (with the exception being games entirely based on swimming). Thankfully, these sections are also fairly linear and short. The biggest problem of the game is the actual platforming and climbing bits. There were many times where I feel like button prompts weren’t connecting. It happened too frequently while playing. I’d go for a jump into a wall with the ax, press the button, and Lara just doesn’t land it. Sometimes the directions she jumps in from area are a bit erratic. The previous game didn’t have these issues, but they weren’t as elaborate either.

It came to a point where the climbing wasn’t fun anymore. It felt more like a mandatory roadblock instead of gameplay. The combat sequences, on the other hand, were pretty good, despite being few and far between. Playing as Assassin Lara was an absolute blast, and you can stealth your way through most of the game. In fact, even the final boss had optional stealth bits. There was one section that was a forced open conflict, but it was placed in a great spot. Also, despite dying many times due to what I felt to be a wonky climbing section, the reload time for when you die was nigh instantaneous. I died more from failing to connect a jump than any combat sequence, and I only died once during one particularly difficult section.
Shadow of the Tomb Raider was an excellent piece of character development for the new and improved Lara Croft. It’s just too bad the game was such a copy/paste job, doing nothing new and giving you little in the way of other interesting characters or challenges. And the dumb underwater bits really hurt the game. This game gave no implication that this is our heroine’s final tale, so we may yet see another adventure in the franchise. I just hope they find a new way to liven things up.