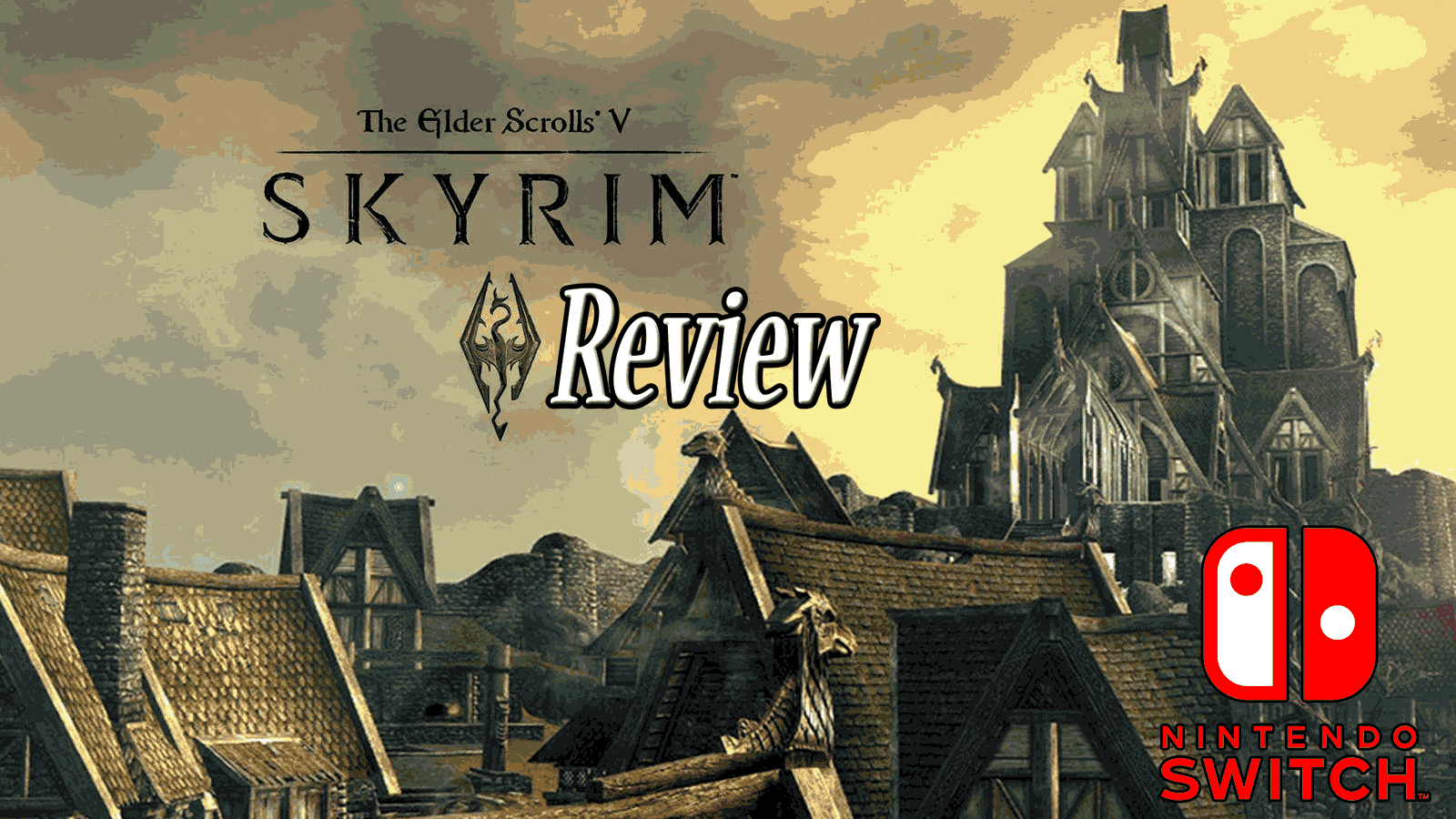 The time has come. The stars have aligned. The constellations are lit.

Skyrim is now a portable game thanks to the most recent port of now 6-year-old game to the Nintendo Switch. So, now that this master class of open world play-it-your-way adventuring is portable, is it any good?

Our story begins like always, you wake in an Imperial patty wagon, ready to be put to death because… nobodys knows or cares, this how Elder Scrolls games are. You are a prisoner, now you are not a prisoner, go do things. Some of them might be important. The fun immediately began before the game had even started. General Tallius goes through the motions, talking to everyone as they line up to be executed, the ususal stuff. But as he is speaking, the horse beside of him just starts floating and clipped right through his 3D model. Yet, the scripted sequence carried on. Fast forward past all the stuff into stuff you have burned into your brain from playing over 20 times, and you make you way out of the hold and towards the next village. I got separated from whatshisface from the stormcloaks and found him eventually. Of course, when I did find him, he was sitting on an invisible chair and talking to his wife halfway across the lumber yard, meaning I had to run back and forth between the characters to hear what they were saying to each other.

Following that, I made it to Rohan Whiterun, but that was after I had to reload a save because I accidentally lit the companions on fire during the scripted fight with the giant. After being immediately greeted by the local blacksmith as always, I decided to actually play the crafting tutorial just this one time. I hate crafting and never use it, but you’d figure by my eight restart I’d pay more attention to crafting. That went well. Of course, as I was talking to the blacksmith, at least 3 NPCs walked by us and talked over whatever she was saying. After finishing the blacksmith tutorial I made my way up to the market place where we talked to “some may call this junk me I call them treasure” Belethor, the only salesperson with a personality in all of Skyrim. Hucked all my junk and had a decent amount of coin to my name.

I also stopped into the Companions HQ Jorrvaskur to talk to start the questline. As the leader was giving me the instructions, two more people started talking over him. And two characters outside of the Bannered Mare also had some really bad timing between their sentences. Afterwards, I visited the Mare and punched the fuck out of some woman so she could help me on my quest. Don’t worry, it was a consentual fisting. Finally found my way to Jarl Balgruuf to talk about the dragon attack. And so I went on my merry… did this game just crash to desktop? Oh okay.

So far I’ve played the game for only a few hours, but it’s been such a long time since I last played it, that playing this game handheld felt brand new yet familiar. With the number of bugs, glitches, and quirks I experienced over such a short time? I can safely say that this port of Skyrim to the Nintendo Switch is a PERFECT RECREATION of the Skyrim experience, but in handheld form. And that’s really the biggest strength of the game, because it’s lacking in the graphical department if you play on the big screen, but in handheld mode, it looks quite alright. If playing Skyrim anywhere is all you want, this port is there for you. Playing Skyrim on demand is a real treat to play wherever you want, and for the most part, whenever you want.

Though if I had to give a real number it would probably be an 8.