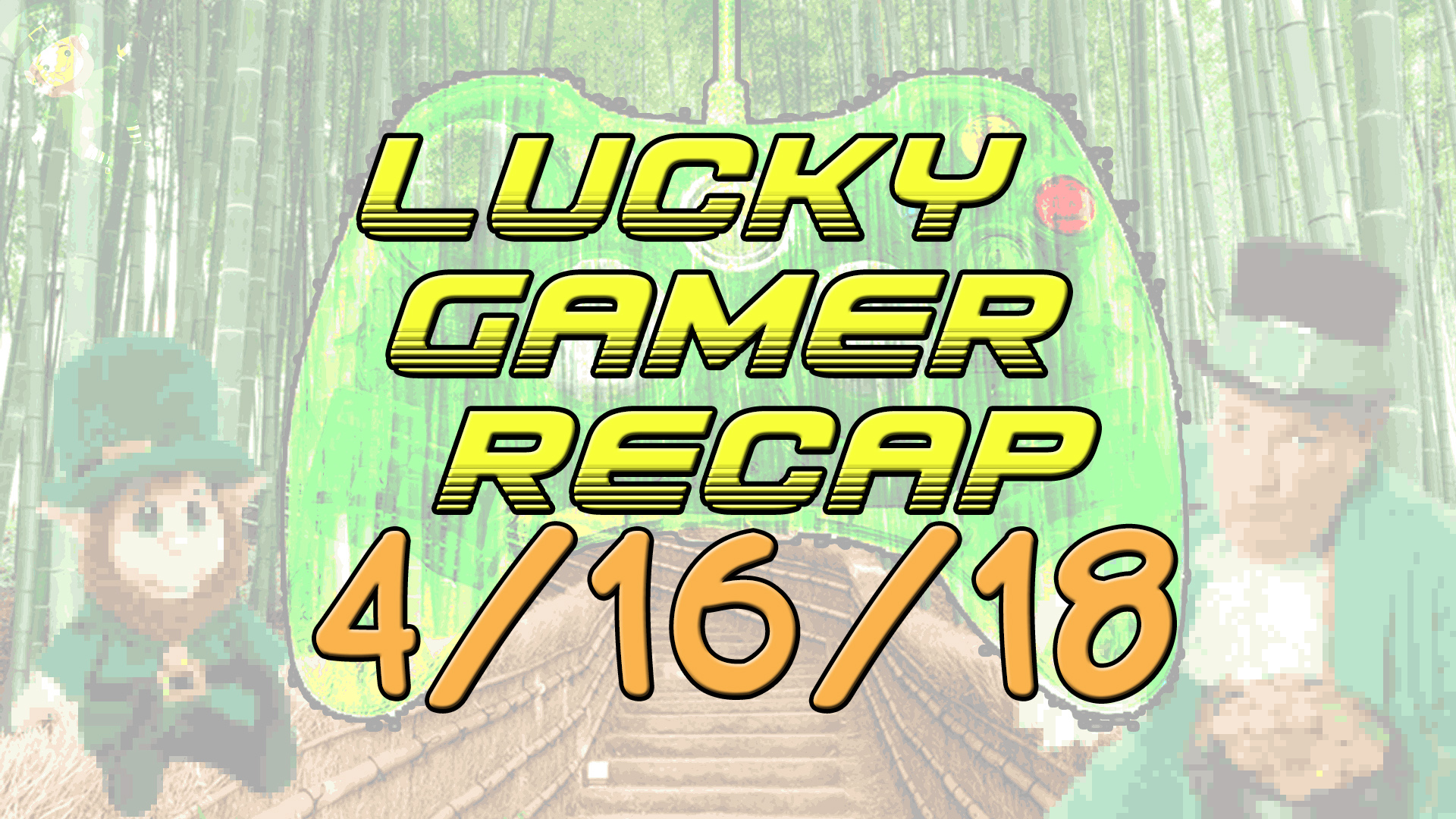 Oh snap. It was quite a dull week in the gaming world. For the most part we were all kind of paying more attention to Call of Duty: Trump In Office DLC that opens with bombs over Syria. Not a political site, just letting ya know that’s also a thing that happened. So with the rumored announcement of Fallout: Real Word Crazy around the corner, let us come together as much as we can in honor of our favorite things. This week’s reason to feel like a lucky gamer (you know outside of being alive):

And immediately receives backlash over pay to win DLC. The game, from Lawbreakers developer Boss Key Productions (yea, I know), is Radical Heights. And Radical Heights is set in a colorful 80’s inspired world and something about a game show element set in the year 2023. And Radical Heights sounds radical! I don’t know what else to say. Everything about this game sounds exciting as lion brawls. Oh, and did I mention that they immediately responded to the back lashes and made changes to satisfy the gamers? Word. Radical. The downside, of course there’s one, it’s only available on Steam.

Another Walking Dead game coming our way in Fall 2018! That’s right more amazing story telling with zombie blood shed everywhere. Even more incredible, the game looks amazing so far. The new “Maya” Trailer, which is obviously all CGI, makes me feel like they are putting some real intensity into the story being told. There hasn’t been much information about the game so far but it was confirmed to be a first person shooter. By the looks of it so far, this tiny glimpse of greatness, gives me hope that we won’t get another awful game like that first attempt starring the Dixon brothers.

Probably the most shocking and outlandish news from the week comes from our sister industry, comic book land. Apparently someone felt that one of the most heralded creators of all time, Mr. Stan Lee, has been being abused by his daughter. He has since confirmed this is not happening and even threatened to go as far as suing the people who reported this nonsense. All reports show that Stan Lee is very upset by the allegations and I’m glad. It would suck to know that something like this is happening to a man I hold so much respect and admiration for. Continue being incredible and ignore the nonsense.

Like I said, it was a slow week in the games industry so I’m doing a little cross-over work. The FTC recently indicated that void warranty language on video game consoles is illegal. What does that mean? Well in my opinion it applies more to third party repairmen but check it. Threatening to void the console warranty for opening it or tampering with it for repair purposes is a no no. That is, unless they provide all the parts for you to do your own repairs for free. At least in its current phrasing. The companies who received the letters remain anonymous but they only have 30 days to make adjustments before legal action gets involved. Shouts to the FTC for having our backs with this one.

It feels like very week I’m compiling a list of games coming to the Nintendo Switch. Ports, remasters, new IP all being announced on the regular. This week is no different. First up we have Football Manager Touch. The football is for soccer. The game originally made for tablets and getting a complete remade system of their own. Next up we have more Sonic classics join gn the Switch gaming roster. Well it’s actually a whole slew of SEGA Genesis and Master System games which are primarily known for Sonic. Alongside that we also have the official release window for Mega Man X Legacy Collection 1 and 2. It’s coming to all consoles but I figured i’d throw it in this piece here. The games will be available sometime in July.

That header should be enough to garner a few clicks. Shenmue 1 and 2 are being re-released on PS4, Xbox One, and PC. And they are coming at some point in 2018. The interesting part is the choice of words. This is a Re-release. So although they are talking about upscaling graphics and adjusting controls, the game is not being remastered. I personally can’t wait to play these games on newer consoles. I loved the Shenmue story and truly believe it paved the way for what is now the incredible Yakuza series. Final words: yes please.

The first thing on the menu is a rumor that a new Bioshock game is in development at 2K. Yea that one had to come out swinging. Now as I said just a rumor swirling but this is the time of year where rumors really matter. And most of the time turn out true. But also don’t. Who knows. On the other hand we have a medieval style RPG being set in the Middle East. Knights of Light is a brand new RPG still in development that is promising to bring us to 7th century Iraq. The development team, Rumbling Games, is aiming for a 60 hour adventure for your PS4, Xbox One, or PC. Nothing more on that year, but stay tuned we may have some exclusives up our sleeves.

Final note: Our hearts go out to all the people of Syria who are feeling the direct impacts of the crazy world we live.