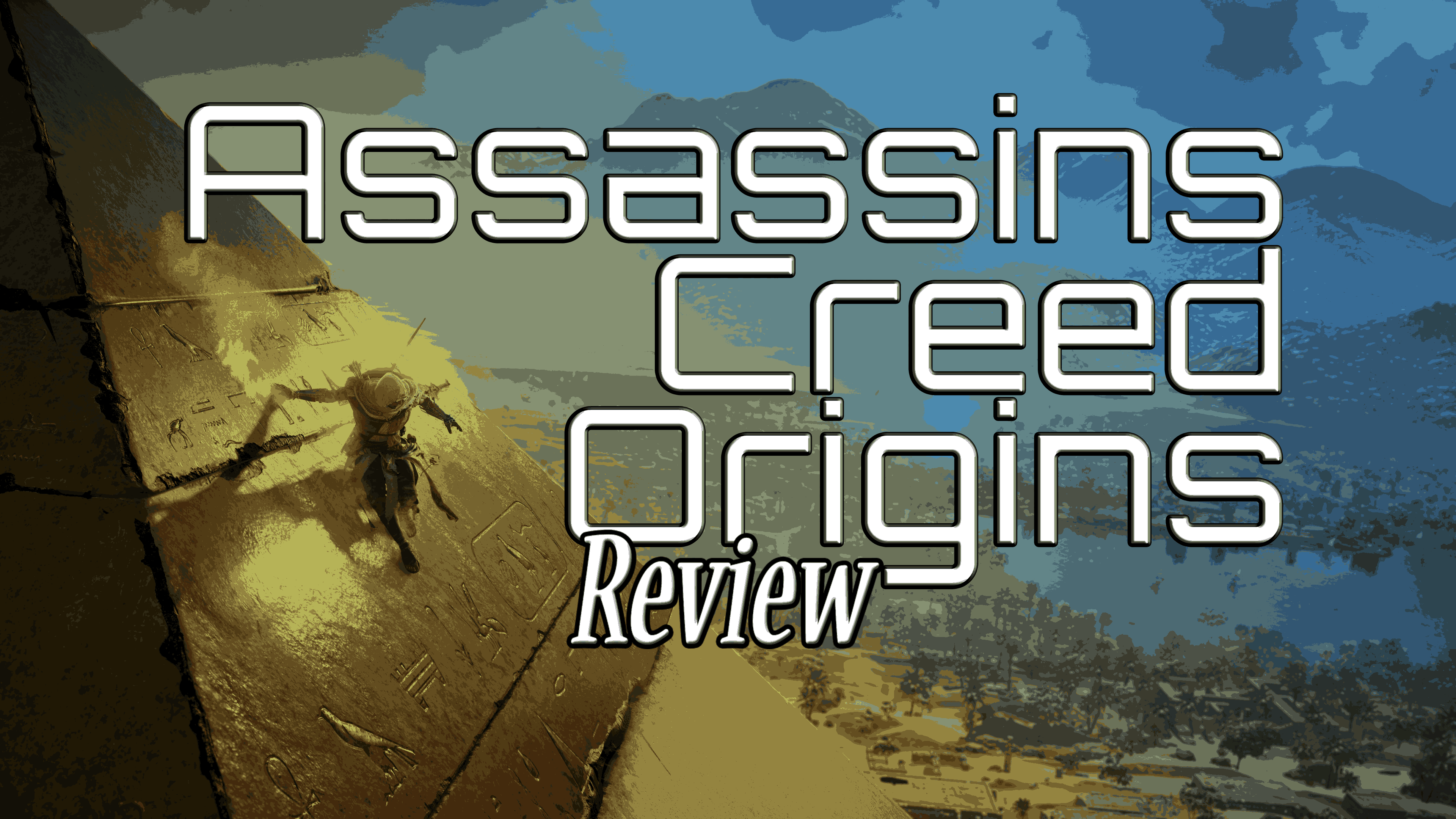 The Assassin’s Creed series is building up to be quite the memorable franchise. Having started off with Altair in the Original Assassin’s Creed, one can fully appreciate the advances of the Assassin’s Order. Developed and published by Ubisoft, the franchise is one of the few to take historical characters such as Machiavelli and Ptolemy and breathe life into their parts in history. Origins is a new branch on the Assassin’s Creed tree. It features a new combat system and an RPG advancement tree as one progresses through the game. We take the role of Bayek, a Medjay in the Ptolemaic Period of Ancient Egypt.

Visually appealing as this title is, Egypt and Byek deserve better. Many of it’s predecessors were smoother with movement, especially when it comes to the counter attack. Bayek is more of a soldier than an Assassin, and there is a credible reason for it. The landscapes, monuments, and towns, however, are very realistic in their portrayal of Egypt during the Ptolemaic Age. Origins reminds the player of Prince of Persia if they have ever had the pleasure. Especially in the way Bayek traverses different tombs and temples.

Bayek’s story is one of loss, revenge, and creation. Bayek and his wife Aya are on the road to avenge their son Khemu’s death. They are up against members of the “Order” , a shadow organization consisting of members of the political elite. As Bayek and Aya further their goals by assassinating members such as the Heron and the Jackal, they see how far the rabbit hole goes. Sidequests are numerous, and advised in between story missions due to level requirements. Do not pass on the side missions, they are more than just busy work!

The scores change with the scenery. Weapons hitting opponents are lifelike and valid. When thralls of opponents are encountered, the music changes to reflect the fight. The animals hunted remind me of Red Dead Redemption in a way. When you reach a checkpoint, the sountrack is woven into the cutscenes and executed flawlessly. On top of that, the original score is very fitting of the setting and does it plenty of justice with its use of ancient instruments.

As noted before, Bayek moves more like a soldier than an Assassin; this is because he is the original founder of the Brotherhood, which at this time does not have it’s culture truly defined. Instead this is where the mission for the Brotherhood of Assassins originates. That being said, going back to basics doesn’t mean the player can do okay without Heads Up Display. Bayek’s eagle does not make up for a HUD, especially when considering inside environments. His movements aren’t as fluid as his latter counterparts. While combat is upgraded, the lack of HUD and ease in which opponent’s lock-on disappears can be quite annoying. Overall the gameplay is less polished than it’s predecessors. And that’s a shame because you’ll find yourself in way more open conflicts than you will have experienced in other AC titles.

Putting yourself in a historic Assassin’s shoes has always been a linear adventure. Killing people in different settings needs to be reinvented, that is understood and has been done throughout the series. However this title felt more like a chore. The lack of a HUD gets further frustrating the longer one plays. Keeping aware of one’s surroundings as one battles is nigh impossible at times, however it does push the payer to effectively plan. Inside environments aren’t as bad to treasure hunt as a duller version of eagle vision exists which I have dubbed “quick vision” which highlights searchable items.

What was most fun was leveling up and getting access to stronger powers. Understanding the true nature of the Order was also gratifying as a history buff. However in conclusion, it missed the mark of what made it’s predecessors stand out. It seems as though without a boat or slew of technology, the perks of powers alone don’t truly get one motivated to finish it.