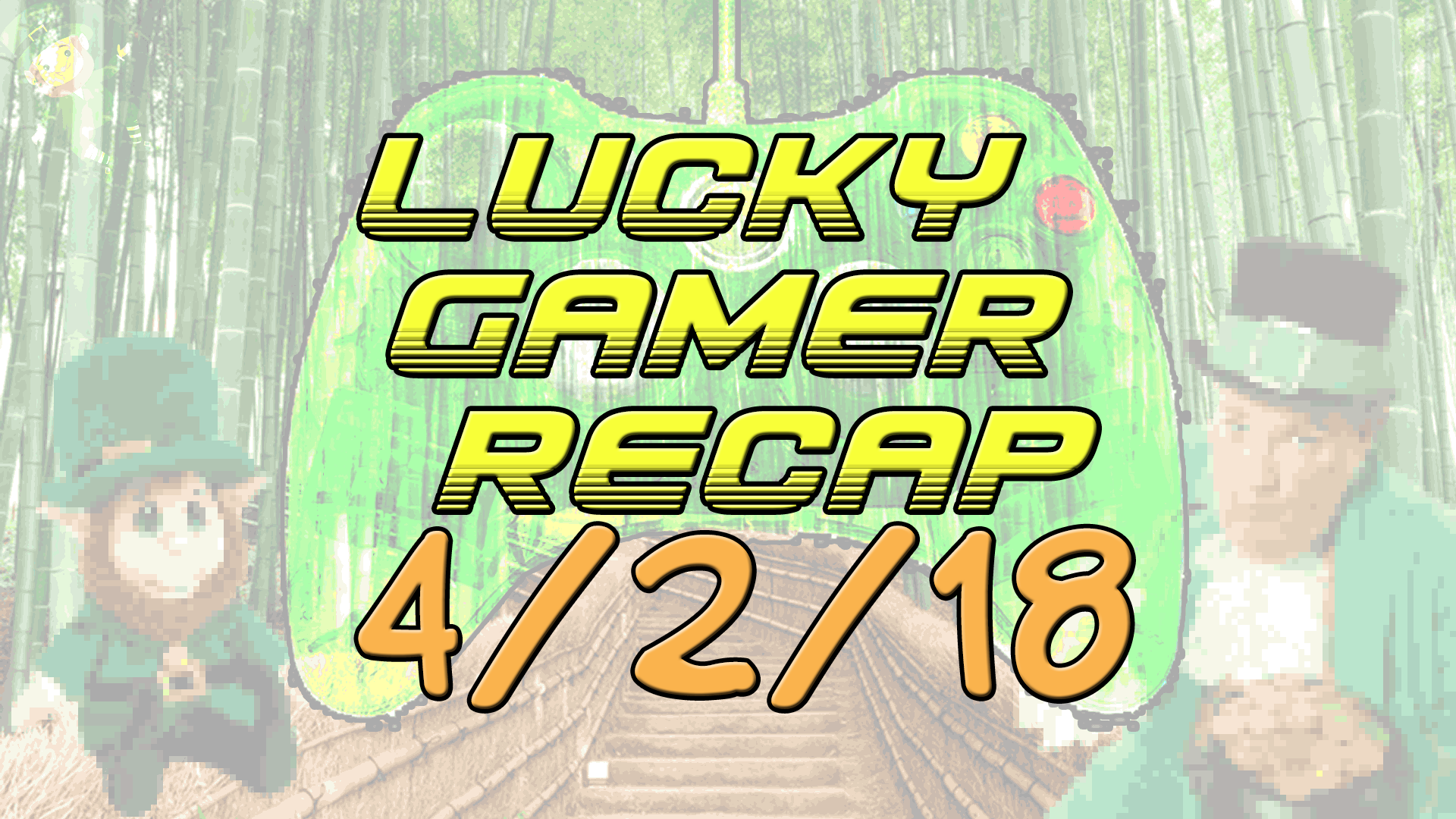 Welcome back Jesus! Now tell me where the easter eggs are coming from and why these rabbits are so fascinated by them! It doesn’t make any sense at all. And another thing, why has it been such a slow past few weeks for gaming news? Does that mean that its going to be a huge E3 or are we about to be really disappointed? I need answers. In the meantime I’m going to be providing my friends who check out this post an update on why they should feel like lucky gamers.

Right out the gate, Level-5 announced it intends to be a big supporter of the Nintendo Switch from this point forward. Level-5 is the well known studio behind popular games on Nintendo 3DS, so this isn’t to surprising. Popular series from the studio include Professor Layton as well as Yo-Kai Watch. They are also the studio behind Ni No Kuni, so who knows what can happen? The first game coming to Switch in Japan however, comes from neither of those properties. The Snack World: Trejarers Gold, which comes our April 12th in Japan, might not be the first experience we were hoping for but it is the experience we are getting. Enjoy!

Now, if i can’t get Chet to get us an official Hard Mode Gamers PSVR at this point, I don’t know what I’ll do. As of March 29th, the official starting price for PSVR is $299. Thats $100 cheaper the launch price of the best selling VR gaming headset. Boom! I said it. Come at me bro. And with Sony estimating over 130 games will be coming to the platform by the end of 2018, this is the best time to get one. You hear that Chet? BEST TIME TO GET ONE. Even if half the games will be shovelware, that’s 64 more games than I’ll finish.

I know, we are still kind of unsure of where we stand with mobile games. I think its important to note that, there are experiences for everyone. This isn’t even about that though. Apple recently announced a new slightly cheaper iPad for education purposes. With that said, it’s still just an iPad. Its the cheapest iPad to have Apple Pencil support and is designed to work flawlessly with the latest versions of pages and spreadsheet. Apple’s own Tim Cook seemed very adamant about bringing iOS into the education field, but has never digressed from being excited to support gaming. So, what this really means for teachers is: A whole lot of detention for playing Fortnite in class.

Ok, so that title is absolutely intentionally controversial. But hey, remember we are still growing and we need some attention every now and then. The big news here is that Fortnite smashed a big YouTube record. Fortnite is now the current holder of the YouTube record for most uploaded videos of a video game in a single platform. It all set a record for the biggest single live gaming stream with 1.1 million concurrent viewers. I could go on and on about these wild achievements this game has but instead I’ll leave you with one fun fact. Fortnite Twitch streamer Tyler “Ninja” Blevins, (the guy who played live with Drake) is reportedly making a handsome career out of streaming. Congratulations to a fellow gamer on his success.

As I get older, I look back on things I enjoyed as a child. Things like animated movies, action figures, and dinosaurs. In the past few years we’ve seen an incredible resurgence of some of the IP in many industries that were from my child. I am ecstatic to share with all my friends that not only, as I’m sure you heard, is the Incredible 2 movie officially a real thing but, we are also getting an official game! And not the cheesy kind but instead Lego: The Incredibles will be coming to all major platforms on June 15th. I couldn’t be more excited about this if I tried. Also, Jurassic World Evolution, the theme park simulator, will be bringing some dino-park nostalgia on June 12th. Ah, to feel like a kid again.

I’ll admit that was a tough title. Let’s break down what it means quickly before you think I’m crazier than I am. Microsoft announced it can now ban Xbox accounts for “Offensive Language”. This isn’t a policy change, it is just an updated measure of enforcement that will be applied to all of you excessively potty mouthed gamers. Realistically, I think this applies not to the everyday use of F bombs and stuff but more to the players on line who are out of control. And this update comes just as Hello Games announces that No Man’s Sky will be available on Xbox One this summer. The Xbox One version will be released with updates to visuals and include all the major updates from the game.

7. And recently announced we have…

A long awaited announcement but one that we are excited about regardless. Dragon Quest 11 will be released on PS4 and PC on September 4th. There are currently no plans to release it for Nintendo 3DS and the Switch version still has a long way to go according to Square Enix. THQ Nordic also announced Red Faction: Guerrilla Re-Mars-tered will be coming to PS4 and Xbox One in Q2 2018. I applaud the naming convention and never got into this series so I might be down to give it a go. Last but not least we have Deathgarden, a 5-v-1 Shooter from the development team behind Dead By Daylight. Not much was said but they did say to expect to see it at PAX East for sure.

Back in my day I blew off class by playing Tetris on a graphing calculator. -Chet