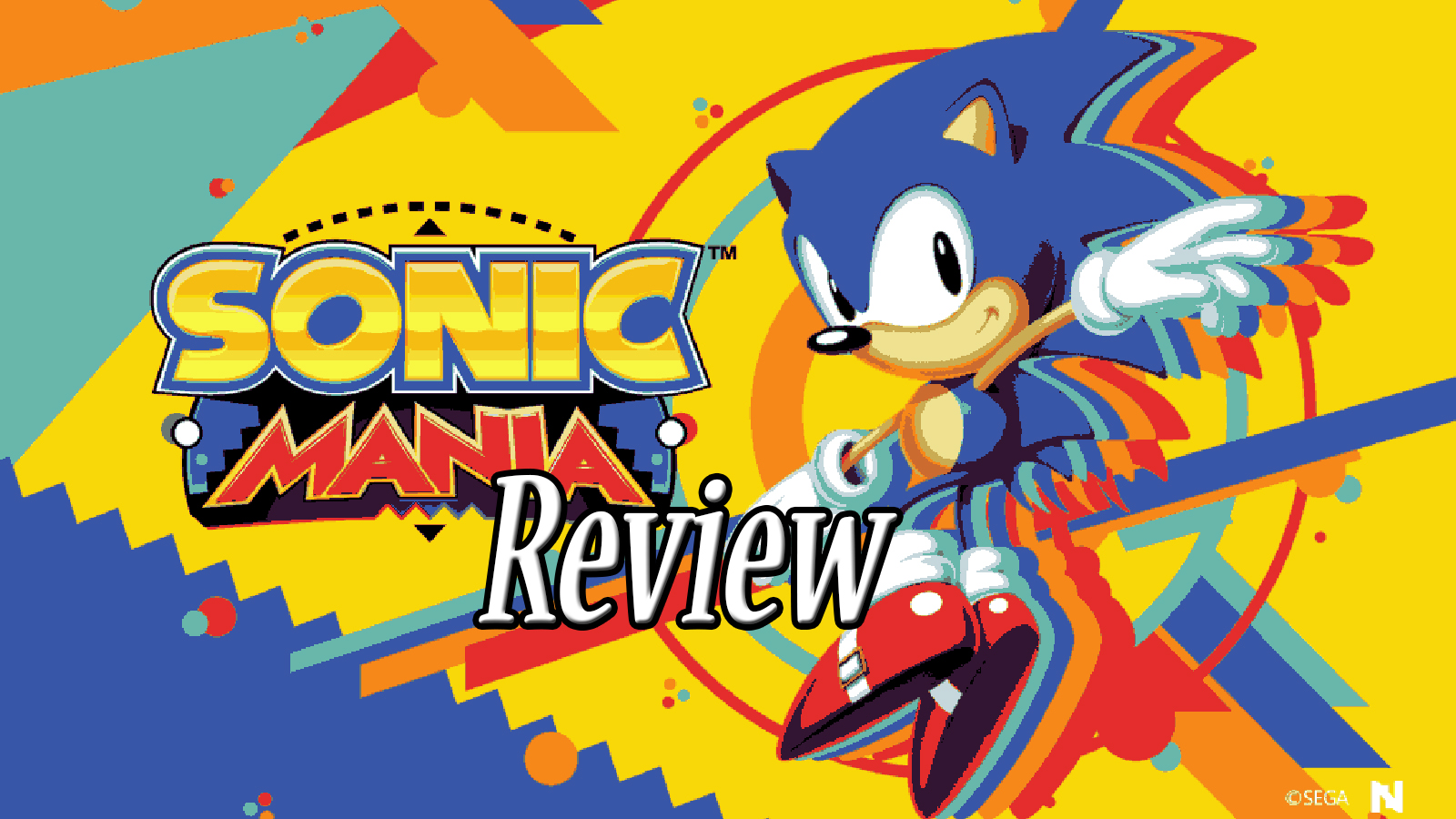 Usually in this space we tell you, objectively, what type of game you’re looking at in this review. But you don’t need anyone to tell you what Sonic the Hedgehog is, or what he does. You know it. Sonic Mania was developed by a total of three teams, Christian Whitehead Studios, PagodaWest, and Headcannon. The story of these developers alone is amazing. Bascially, the aforementioned Mr Whitehead took creative control over these two companies who have made several sonic fangames in the past. SEGA has possibly made one of the greatest choices in gaming history to work with a fan studio instead of shutting them down. Sonic Mania uses a mix, mash, and remix approach, featuring 12 stages including 8 dramatically changed versions of classic levels and 4 completely new stages.

There’s not a whole lot you can say about the graphics. This game recreates that original sonic artwork in the new stages. It is done to a degree where they are completely indistinguishable from the classics. Again, there’s much else to discuss. To be succinct, it is a perfect recreation.

Finally, as current EIC of this website, I can clearly explain what it means to get a top mark for story on a game that has little to no plot whatsoever. The story is told through a variety of dialogue-free scripted sequences at the tail end of every level. Just like the classics, once again. It’s all you need to go forward. There’s Doctor Eggman, he’s the bad guy and he makes evil robots. He has some gems that change reality or something. Stop him! What the heck else do you need when you are the fastest blue hedgehog in the world? When you finish a boss fight in act two of every stage, the following events adequately show you what transition is being made when you go from one stage to the other. For the first time ever you see the rationale that comes with the change of scenery. Also, Sonic himself earns more cool points simply by saying nothing than he has from years of 3D iterations and cartoons.

There’s a good formula going on for these games. In classic stages, ACT 1 has a remastered version of the classic song tied to the stage. ACT 2 takes it further by adding even more to the songs. They work either by improving or adding instruments to the original melody to really expand on just how good classic video game music needs to sound like. All of the SFX are in top form. Jumping, smashing, breaking, spin-dashing, ring loss, instakills, drowning, flying; they all sound exactly as they should. Once again, can’t say anything better.

They took the best factor from all the original sonic games to make a solid and cohesive experience. You can play as Sonic & Tails, or play individually as Sonic, Tails, or Knuckles. It’s very nice that you can play as whomever you want right from the get-go. I’m enjoying my default run as the primary duo but would love to start a new game as everyone’s favorite red echidna (who doesn’t chuckle, he’d rather flex his muscles). Now, this next bit is embarassing to say, but is a testament to the great design of every level. I didn’t actually play a whole lot of third or fourth-generation consoles aside from going to my friends’ houses to play their Sega Genesis. I know so little about some of the best levels in ancient Sonic history that this entire game feels very fresh to me. I only recognized three zones and even then, they were so different from the originals that it didn’t matter. This is a definitive new game experience for fans and for newbies.

I really with I could give this game a 1.5/2 for review (and yes I am aware that a decimal inside a fraction is nonsense) but rules are rules, so a couple nagging things kept this game from being perfect. Implementing the lives system really feels out of place in modern gaming. Nobody is trying to take extra quarters from you or trying to make the game artificially longer to make the game seem more ‘valuable’. Running out of lives is an incredibly painful experience. The bosses in the game seem to come in only two varieties and that’s either ridiculously easy or controller-throwing hard. If you’re stuck on a boss on ACT 2 of a stage, running out of lives doesn’t send you to the back to the beginning of the act, it puts you back to ACT 1 of the entire stage. So if you’re having difficulties with a particular boss, the limited lives seem only to serve you some frustration and little else. It does however make beating those bosses more rewarding, for sure. But, being angry at the game because you feel like a boss is unfair doesn’t make it fun. Other than that, this game is super easy to pick up and play. Not to mention, getting it on Nintendo Switch is a treat in and of itself, since you can play it anywhere, just like you used to on your Gameboy.

Sonic Mania is a good sonic game. A really good Sonic game. Who would have thought that just returning the basics would be the new breath of fresh air from the series. That’s great and all, but it now leaves me even more concerned about the fast-approaching Sonic Forces. In the meantime, if you liked Sonic, download this title. Get it on the Switch if you can. It’s merely $20 and worth every penny.