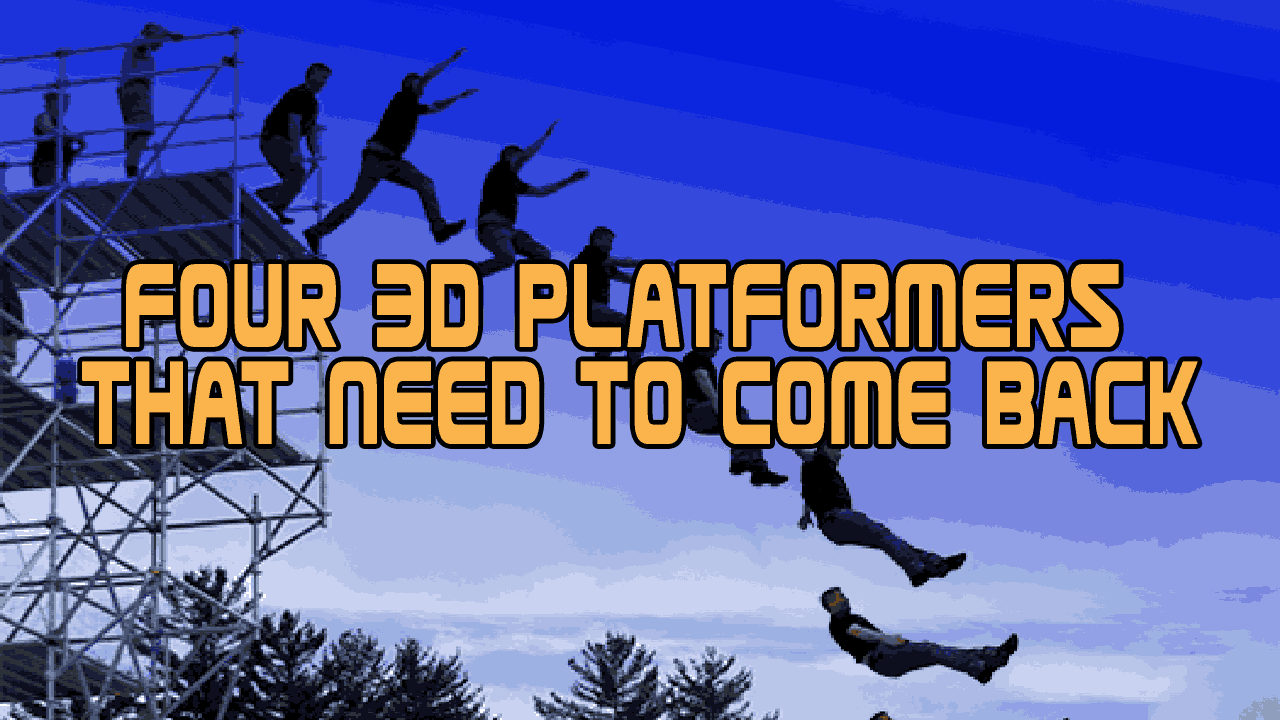 There’s never been a better opportunity than now.

If you haven’t heard the latest rumors around town you should probably take a moment to read this weeks Lucky Gamer Recap. One particular rumor got my wheels turning. If Activision really is about to bring us a remastered Spyro Trilogy, what other dope 3D platformers can we get? Well i’m not sure what’s actually possible but I figured it can’t hurt to throw a few names in the air. Here we go, four games I would love to buy if they came back (pay attention game makers, I said BUY).

First on my list is a game that honestly carries some of my greatest childhood memories. Staying up late with my cousin controllg the little pink haired village hero was the epitome of fun. While technically a side-scrolling platfomer, its atmospheric level design gave it enough depth to feel 3 dimensional. And on the topic of game design, the colorful vibrancy of everything, including character design, was beautiful, exciting, and fun. Although this list is in no particular order, this would definitely be up in my top 3.

Now this little crocodile themed game is peculiar. I haven’t met someone yet that remembers playing the full version of this game. Every memory is of playing the demo version back when demo discs in magazines were a thing. It’s true, once upon a time these paper things called magazines came with ‘compact discs’ that had a whole bunch of free game demos for you to play! And still we all share a fond memory of the joy this game brought to our lives. In Croc: Legend of the Gobbos you control a little guy named Croc as you travel the word rescuing the gobos. From what? I don’t know, only played the demo. Why? I don’t know, only played the demo. See that’s the typical response people give when you bring up Croc. And yet the game was so much fun people remember playing the demo for unforgettable amounts of time.

I know Chet is gonna back me 100% on this one, well maybe 90% because our reasons are different. Anyway, this little graffiti skating golden treasure is a classic dying to return. It was all about being futuristic graffiti kids skating around standing up to the oppressive police. Maybe? See this game was a ton of fun for me but when I played it I was too young and dumb to understand it. I just remember having the time of my life skating around tagging stuff. Chet, however, remembers the game a lot more vividly. So, there you have it SEGA, to gamers ready to buy the remake. That’s gotta be worth something, right? And I promise to understand it this time around. Jet Set Radio may have gotten the HD treament, but what about Jet Set Radio Future?

Before Geico’s gold dust day gecko there was Gex the gecko. Whether that’s entirely fact or not doesn’t matter it felt fact to me as a child and growing up. Perception is key. If you ever played a Gex game, there were a few of them, you would immediately understand why our entire generation so damn snarky. Gex: Enter the Gecko parodied almost every TV series and other media there was and made a brilliant masterpiece for it. This is another prime example of a great trilogy that needs to be restored for this generations kids to experience. Maybe it will help with all the craziness we are experiencing in the world. Maybe it won’t. Bring it back.

These honorable mentions are just a few game that I didn’t really play but always wanted to. Getting an updated version with fresh control schemes would make it way easier to get into any of these. Ape Escape is a strong example of a game I never got the chance to play but always wanted to. Catching monkeys in little bug zapper nets always looked like an arcade excitement.

Banjo-Kazooie is a series I remember playing but don’t remember playing. I can recall holding a Nintendo 64 controller and the game being on the screen but I can’t recall playing. But I would definitely take on an adventure with the bear with a backpack anytime. With little experience it would be a blind adventure but could be worth it. Either way, from what I’ve seen, I’m not alone in the sentiment.

And finally, the quirkiest and least likely game to ever come back is Running Wild. I don’t know how many people remember this weird racing game but man was it fun in my house. It was basically a track meet start four legged animals running on only two legs. There were power-ups, different character play styles, and you know all the Playstation 1 era kart racing tropes. Like I said, super quirky and weird game but man was it fun. I really hope someone else remembers this.

Hard Mode Gamers, sound off! What 3D platformer are you hoping for revival?