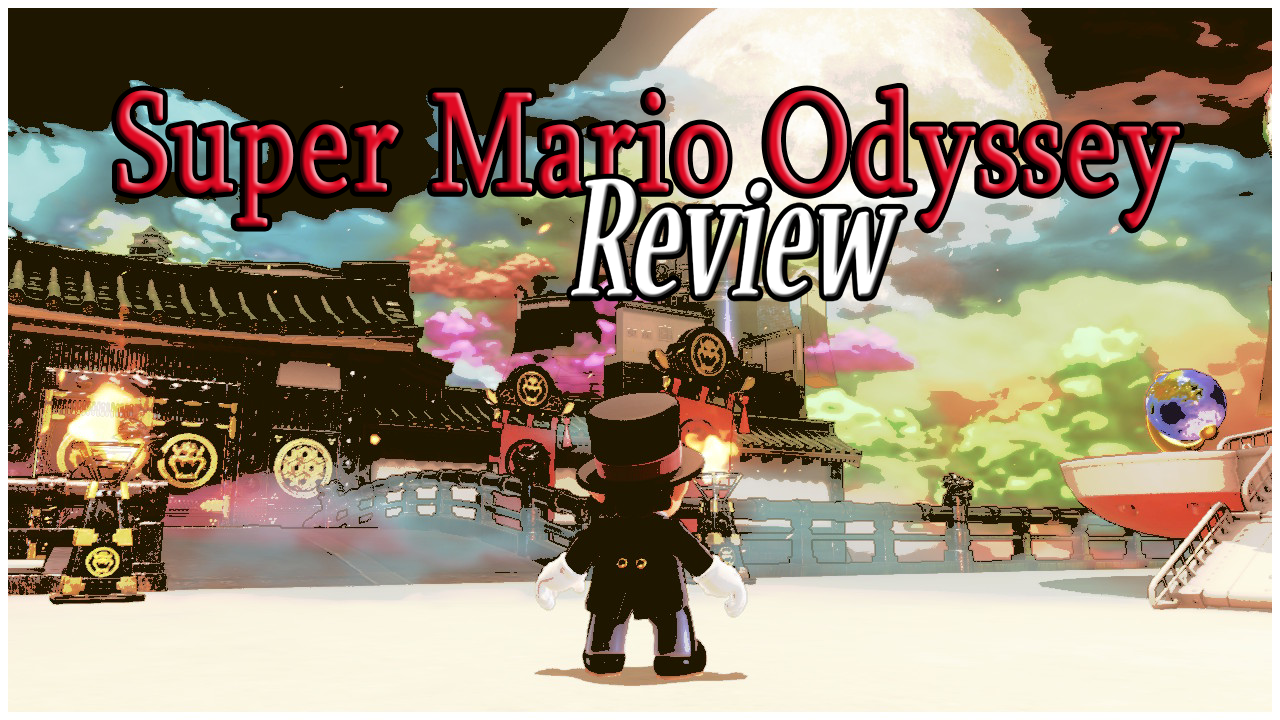 Mari-oh sh*t this game is good.

Mario is back, and he’s got a funky cap! Super Mario Odyssey is the billionth(*approximate) Mario game developed and published by Nintendo. In it, Mario finds himself once again trying to rescue Princess Peach from Bowser, this time framed as a globetrotting adventure as you chase his airship with your very own hot air balloon and mobile home, the ‘Odyssey.’ It’s Mario for sure, but just how much ‘Mario’ did the game accomplish in this newer age of games?

The visuals are something to behold. Nintendo proves once again that raw power isn’t everything, with area after area oozing with color and jubilant design choices. Every time you enter a new Kingdom, it’s a whole new adventure of exploring just for the sake of seeing everything. It is true that the Metro Kingdom AKA New Donk City is the least graphically impressive area in the game, but you can pretty much blame that on being the only level that is trying to create a real-life appearance. As soon as you leave that kingdom you’re in for a visual treat, as level after level continue to deliver on unique palettes and radically different NPC designs. Somehow all these different areas keep everything together and exude that quintessential “MARIO” feel without ever missing a beat. Even the aforementioned Metro has an event that more than makes up for the “at odds” design, with a crazy blast of throwbacks and nods that all look spectacular.

Oh for f*ck’s sake, Mario! …okay but really. Peach gets kidnapped again and this time Bowser is trying to marry her, so he travels across the world to steal things he needs for the wedding. It’s stand operating procedure for Mario. But this time he meets Cappy, a talking transforming hat that just so happens to also have issues with Bowser. See, Bowser kidnapped his sister, who is Peach’s marriage tiara. But even with the additional context, that’s not what drives you forward in this game. It’s the power moons. This game is constantly rewarding you as a player by doing various odds and ends, all to collect more of these moons to power your airship. You can find a bunch from fighting bosses and following the mainline “quest” for each kingdom, but so many more can be found for just doing various things. The game keeps you playing because you will want to collect all those power moons, and although you only need around 150 to get to the “final level”, there’s still more than 400+ to collect, some only unlocking after you beat the game. Also, never has an ending been so satisfying in a Mario game. I laughed so hard I cried at some of the antics you get up to during the game’s ending moments.

Gotta love a game that builds up to having a musical number. “Jump Up, Super Star!” is an amazing little Jazz that features about 2/3s into the game, and in some of the game’s trailers and promo content. It’s a good song on its own and the lyrics are written on the interior of the box art, which was a nice touch for the physical copy. It’s even better when you reach the level where you have to work to get a festival going and when the song does finally hit, you play one of the most entertaining and fun levels you’ll ever encounter. The song gets stuck and my head, and it’s not even the best one. While only a couple songs are a bit on the dry side, most are bombastic and motivational. Not to mention they are usually a perfect match for the level you’re on. The game’s final level, once again, has a moment with an unexpected vocal track, but if I shared any more it would move into spoiler territory. Besides that, the audio all sounds like Mario is supposed to sound. The only sound effect I noticed was that the “death” jingle didn’t feel as authentic as the rest of the game did.

Mario has all his acrobatic skills and has never controlled better than he has here in Odyssey. A lot less focus is put on jumping on the heads of enemies though, and you don’t throw punches as you did in Mario 64 and others. Instead of offensive capabilities, most of the gameplay revolves around throwing your hat/companion Cappy at creatures so you can take control of them to solve the many mini puzzles and challenges you face throughout the game. Each map was designed perfectly and uses every inch of space to its maximum potential. You’ll revisit worlds repeatedly, and every time you do you’ll find more hidden coins, power moons, and challenges. It is guaranteed that way after the game ends, you’ll find more to do, as the game actively encourages it. As stated earlier, acquiring the moons is the games central mechanic, and it is constantly rewarding you with them for exploring and finding new challenges. You won’t be done with the game once you’ve defeated Bowser, you’ll be done when you’ve decided you have had enough. That might not be for a long while though.

I’ve sort of illustrated what makes this game so much fun in all the other categories. Nothing in the game feels too hard or poorly implemented. The lives system has been supplanted with losing coins when you die. Collecting coins and specialty coins serves an actual purpose in the game too. Each level has regular coins, and then its own individual currency, which you can spend in their stores to buy an extra heart, a moon, 10 moons (really), or any one of many many MANY COSTUMES. That part is even better. All the costumes are mostly cosmetic, save for one special quirk per level, and collecting the costumes is fun all on its own. After beating the game, I spent most of my time as Mario decked out in a pinstripe suit with its accompanying fedora from New Donk City. But if that’s not your style, you can always dress Mario up as, and not limited to: a chef, a caveman, a pirate, a snorkeler, an aviator, an Eskimo, a ‘murica, and of course, his all white wedding getup. So many outfits, so little time. The more power moons you find, the more outfits you can buy with your regular coins. Believe me, it keeps you going.

Super Mario Odyssey is the final sign that Nintendo has truly returned to the forefront of mainstream gaming. The Nintendo Switch is an amazing console that’s actually getting support from third party developers and fantastic games from the creative minds at Nintendo HQ. Just think, Mario had TWO amazing games just this year and Ubisoft made one of them. It’s unreal! But this game is the quintessential 3D Mario experience, the best one to come out since Super Mario Galaxy, and it’s been a long time since that game graced us. A must-have for Switch owners, don’t miss it! 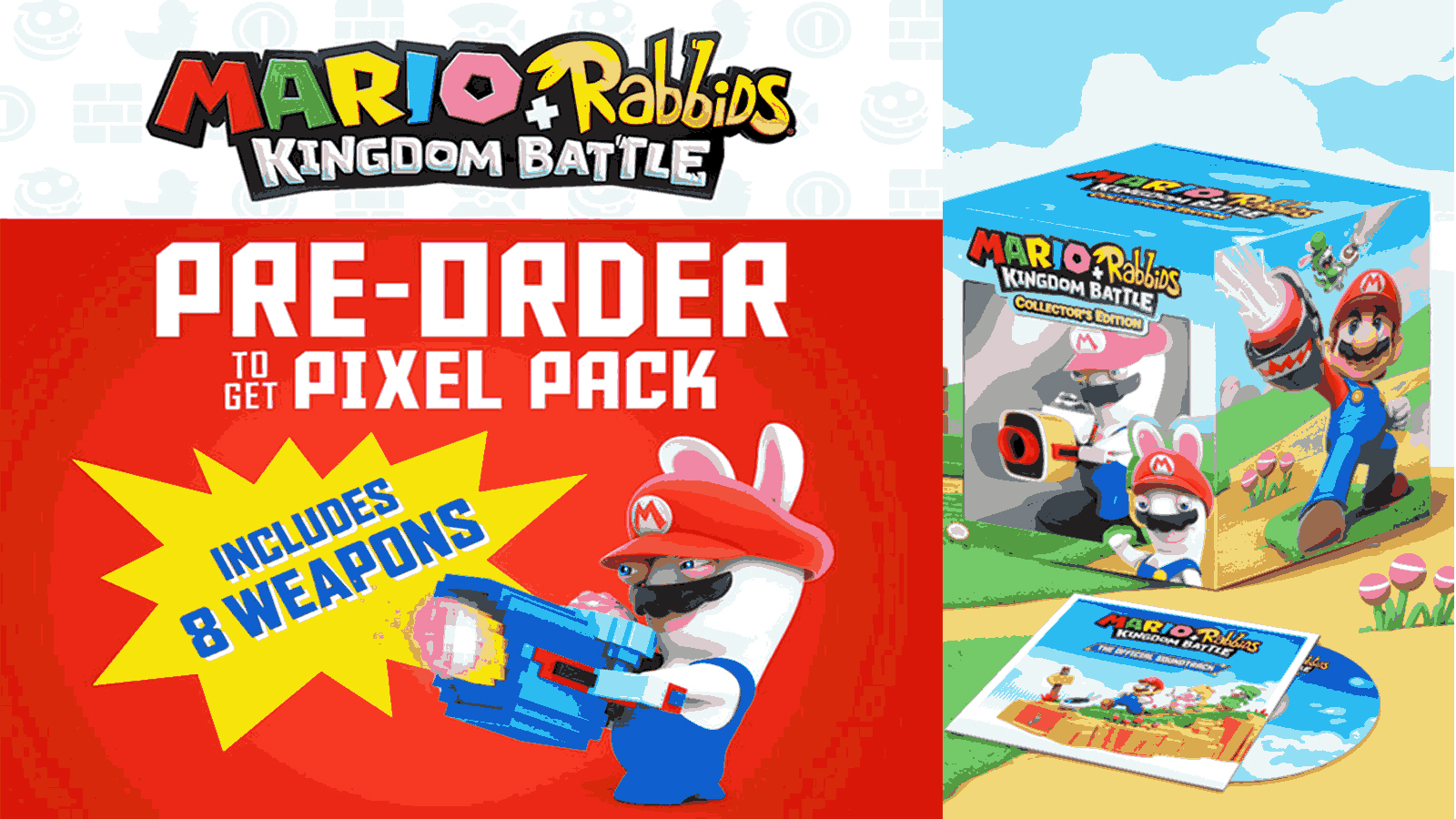