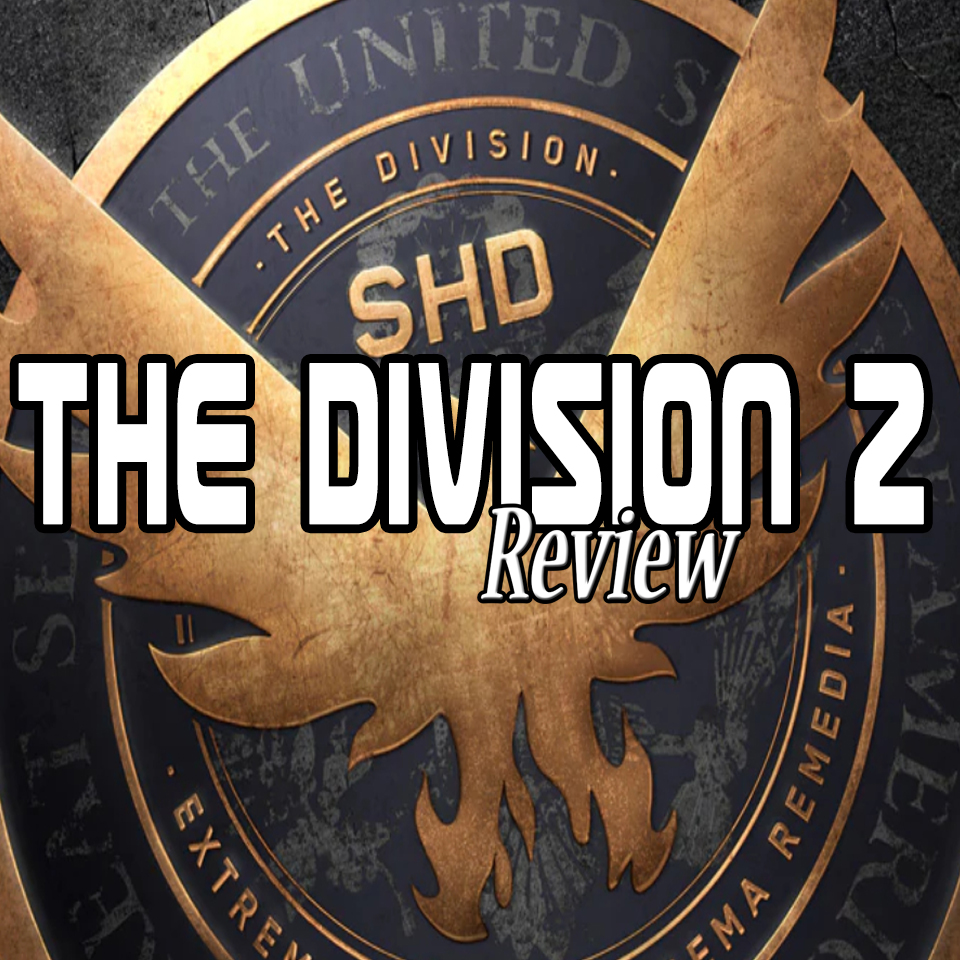 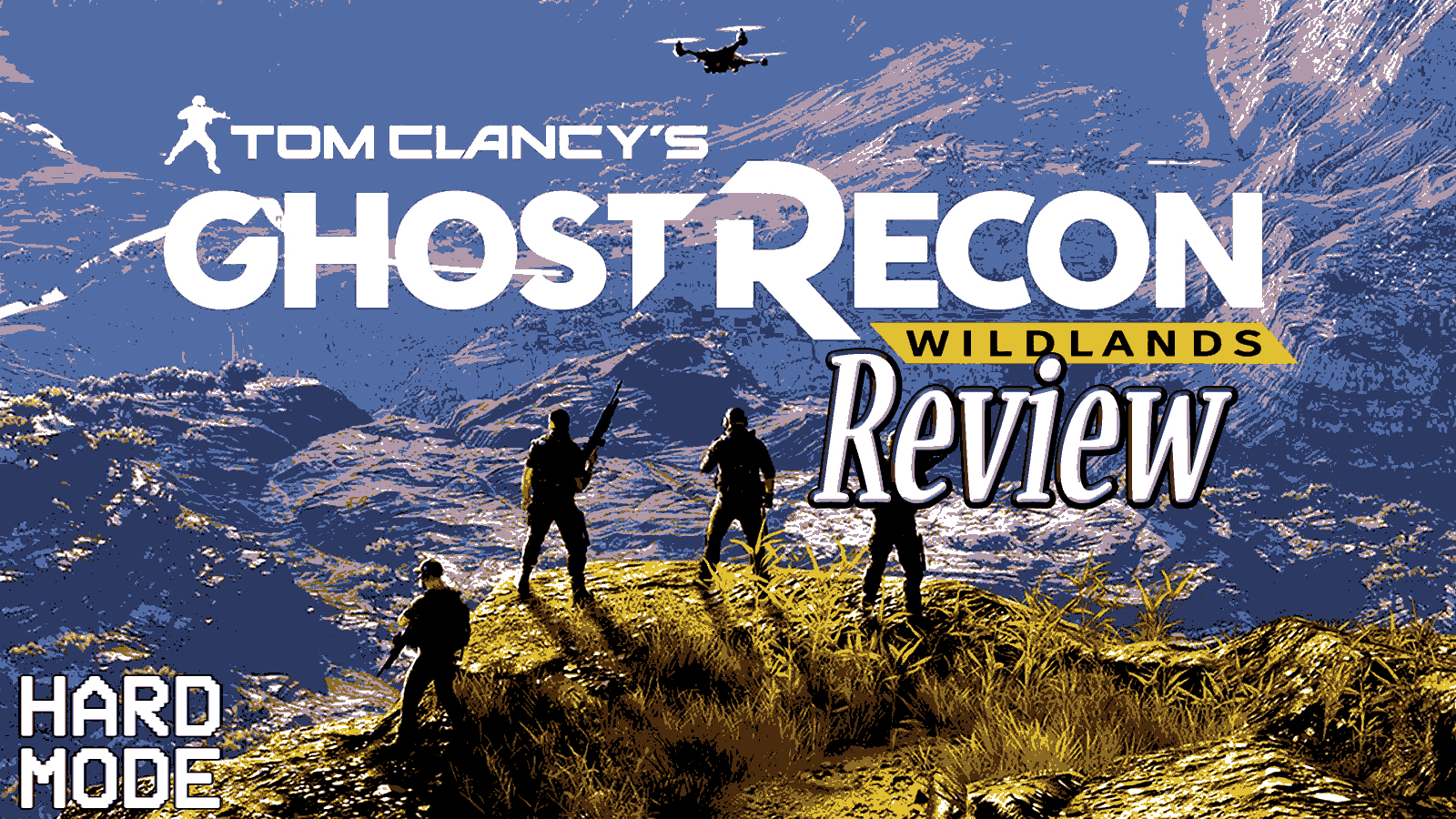 Expanding on the success of one of the longest running video game franchises of all time, Tom Clancy’s Ghost Recon: Wildlands takes the tactical squad based shooter to new levels. Developed by Ubisoft Paris and published by the franchise power house Ubisoft, home of successful franchises like Assassin’s Creed, Far Cry, and Rainbow Six. Wildlands was released on March 7th, 2017. It is a third person squad-based tactical shooter action story experience laced with the modern day lure of seamless integrated online multiplayer and set in a vast open world, designed to replicate the beautiful country of Bolivia (Latinos Unite!), Wildlands targets the bar with orders to kill on sight.

Ubisoft has a history of publishing games that were originally advertised as being the next step in graphical prowess but ultimately come out as standard products representative of the current generation. Wildlands is no exception. Make no mistake, despite the flawed (and common) marketing tactic, GRW is beautiful. By including the entire country of Bolivia, the team has managed to provide a lush nature filled environment which resonates very well with the desire to go sight seeing. There are the typical minor flaws in consistency of the engine being able to recognize that things can not go through other things without causing damage. Blades of grass can frequently be seen going through characters instead of bending around them, but at no point does this take away from the overall experience. Although the people of Bolivia have plenty of reason to feel offended by this game’s representation of their country, they should absolutely feel flattered by the careful detail put into recreating its beauty.

The opening video in Wildlands tells the captivating story of the Santa Blanca Cartel and its leader “El Sueno”. However due to its open world setting it ultimately falls short of being an incredible narrative. The story is interesting but it ends up being presented in a very convoluted way due to the excessive amount of player freedom and the very distracting side missions. Normally regarded as a limitation, the game could benefit from an invisible wall. The story is told through the arch of dismantling the Santa Blanca cartel operations piece by piece by collecting intel throughout the map. It provide clues or damage reputations of every head honcho throughout the organization. The problems in storytelling rise quickly as you traverse the country into areas that are under management by different ring leaders. In those areas, the story-based intel start getting all mixed up. Once the full story behind any one cartel member is collected it becomes very clear that the story is deep and would be better told if it managed to keep the player constricted to one area and target at a time (kind of like the original Crackdown). El Sueno had a vivid dream that was fully worth exploring but was overshadowed by the size of his operation.

On one side. Ghost Recon: Wildlands fails immensely at providing an interesting audio experience yet on the other it excels in ways very few games ever have. It comes down to the bilingual approach to this world. The conversations in English are boring, bland, and terribly scripted. When not operating in complete silence or pointing out a spotted target, the squad exchanges ridiculous, terribly timed dialogue about their favorite foods, unrealistic insults, and directionless conversations which never seems to connect to the world around them. The communication often feels so unnatural that at times it can be very distracting and lead to wonder about how long this supposed shadow unit has actually been working together. On the flip side, the Spanish dialogue is excellent. Everything from the talk show radio host, to the propaganda, to the rare conversation between villagers or cartel soldiers, to the narcissistic monologues over the airwaves by El Sueno himself feel completely authentic. Unless of course, the player does not speak or understand Spanish. Unfortunately, the many people who fall into that category are missing an entire genuinely important part of the game. Otherwise, hooray gun noises and boom booms.

With a vast open world, Ghost Recon: Wildlands redefines what it means to be a squad-based third person shooter. Although the open world hurts the story, it does wonders for the gameplay. The change of structure allowed the developing team to include a wide array of side missions, good vehicle control schemes, travel possibilities, and of course the beloved “do it your way” approach to every mission. Some side missions can be failed with no retry option! The Ghost Recon franchise has always been well recognized for its fluid third person shooter mechanics and Wildlands is no exception. Every thing from cover based shooting to squad commands and controls would make Uncharted and Gears of War fans blush while providing a great way to scratch a painful itch for the SOCOM fans of old. At every button press it is evident that gameplay was a top priority throughout the entire development cycle.

Open world? Check. Tight gameplay mechanics? Present. Endless hours of incredible fun, intertwined within a decent plot line, excellent use of side missions, and a beautiful environment to explore? Absolutely. In true Ubisoft nature they have once again commanded the creation of a gigantic open world that offers players of any archetype something to enjoy. Every mission can be tackled in a variety of ways that suit every play style, yet the game’s narrative is loosely guided enough to never force any two players to pursue the exact same paths. The approach may still need some fine-tuning for the players seeking a Hollywood-tier story-driven experience. Mapping out the best approach to overtaking an enemy base is equally as fun whether the plan is executed flawlessly or falls apart disastrously. And playing co-op online with reliable partners makes the experience timeless.

Squad based tactical shooters are often a good experience, but rarely do they deliver at the level that Tom Clancy’s Ghost Recon: Wildlands manages to. It is very clear that, outside of the issues with telling it’s story, the development team put in every effort to make this game fun, fluid, and exciting. Ubisoft hardly fails to provide experiences that raise the bar on multiple levels and their expertise in crafting incredible open worlds for players to explore continues to show. Every game bearing the Tom Clancy moniker successfully captures a strong following of dependable fans and Wildlands has everything it needs to continue the trend.