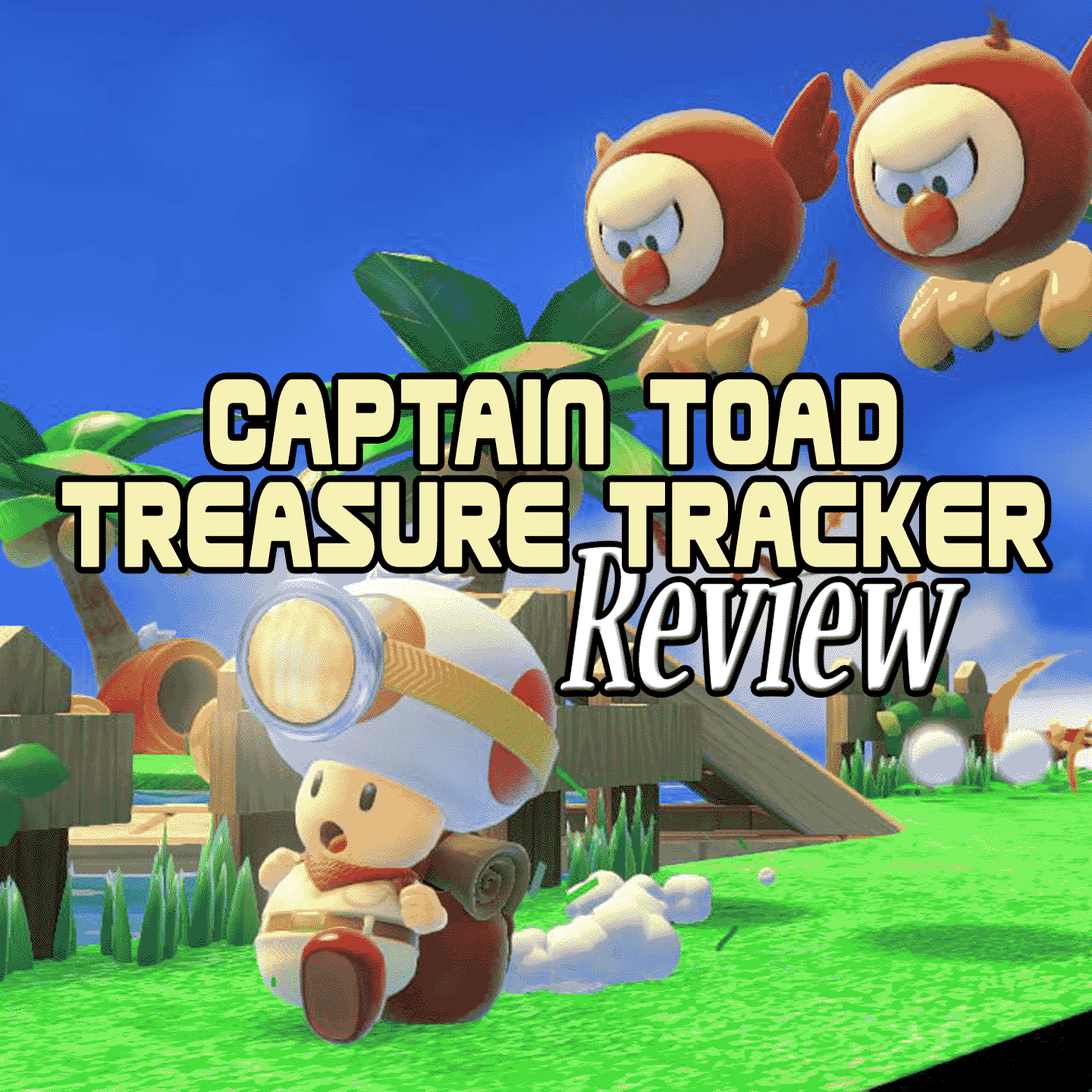 I have yet to think of a complaint about this game.

Captain Toad Treasure Tracker is a delightful puzzle adventure game based on the adventures of d-list Super Mario mainstay, Toad. This is possibly the first time he’s had his own spotlight. It was published and developed by Nintendo and originally released for the WiiU in 2014 and has since gotten a brand new outing on the Switch. Portability of the game is a huge enhancement, as the touch screen options are more intuitive than ever. The bite-sized levels are also great for pick up and play whenever you feel like playing it. I’ve not finished the game but there’s little more that can be done to change my mind, and you all may find it agreeable.

The game is divided into a series of tiny, neatly designed levels that encourage you to explore every nook and cranny. The graphical style is exactly in form with the current visual design of 3D Mario titles and the performance quality on the switch is solid and unflinching. Not once did I encounter a stutter or a slowdown, the game runs flawlessly and the loading times are practically nonexistent. All the individual levels are also very appealing, as no two levels look alike (and there’s roughly 70 of them) and they are always inviting and warm looking. The memorable designs and the quality of the skyboxes are a great addition as well.

You would think the absolutely obnoxious train flute theme song would get on your nerves, and yet it does not. It merely adds to the charm of the game. There’s not a lot to pick apart here. It’s a good soundtrack and very fitting of that “Mario” mood. There’s not much in the way of talking other than the occasional mumblings of Captain Toad and Toadette. The sound FX in this game are anywhere from new sounds to old ones from other Nintendo games.

Mario games like these get straight to the point, have you playing quickly, and keep you engaged with constant rewards for progress. Every level has 3 things to achieve; finding 3 diamonds, completing a bonus challenge, then playing a hide and seek challenge where you have to hunt down an 8-bit Toad sticker hidden in the map and tap it on the touchscreen. There were many instances where I didn’t move on to the next level because the challenge of either finding stuff I missed or doing the goals made the game that much more fun. Super Mario Odyssey showed off that Nintendo can put loads and loads of features into relatively small environments, and that is on display here too. No nook or cranny goes unwasted in these very small but very well made maps.

This game was just spectacular in its delivery. Load times are unfathomably short and there are no bugs. It’s hard to hate on this game, it’s just so simple and easy to pick. It has that Nintendo charm that went missing earlier this year with the new Kirby game. This game is a perfect Switch title, the instant access to play just a quick level gives you plenty of opportunities to stop whatever it is you’re doing just to play a level or two.

In fact, I did that just now. I stopped to play it a bit and left feeling happy. Now, this game may not be for everyone, from an objective standpoint, the game is perfect. Now, they could have done more and added a ton of new levels instead of just 4, but who knows, maybe it’s hard to make the levels because they are so well-crafted. Still, if my only complaint is that there needs to be more, that’s really not a flaw. $40 is a decent asking price, but it may be too much if you’re looking for a big drawn out adventure. Now that this is out of the way, the question remains, are when are we gonna get the Switch version of Super Mario Maker.