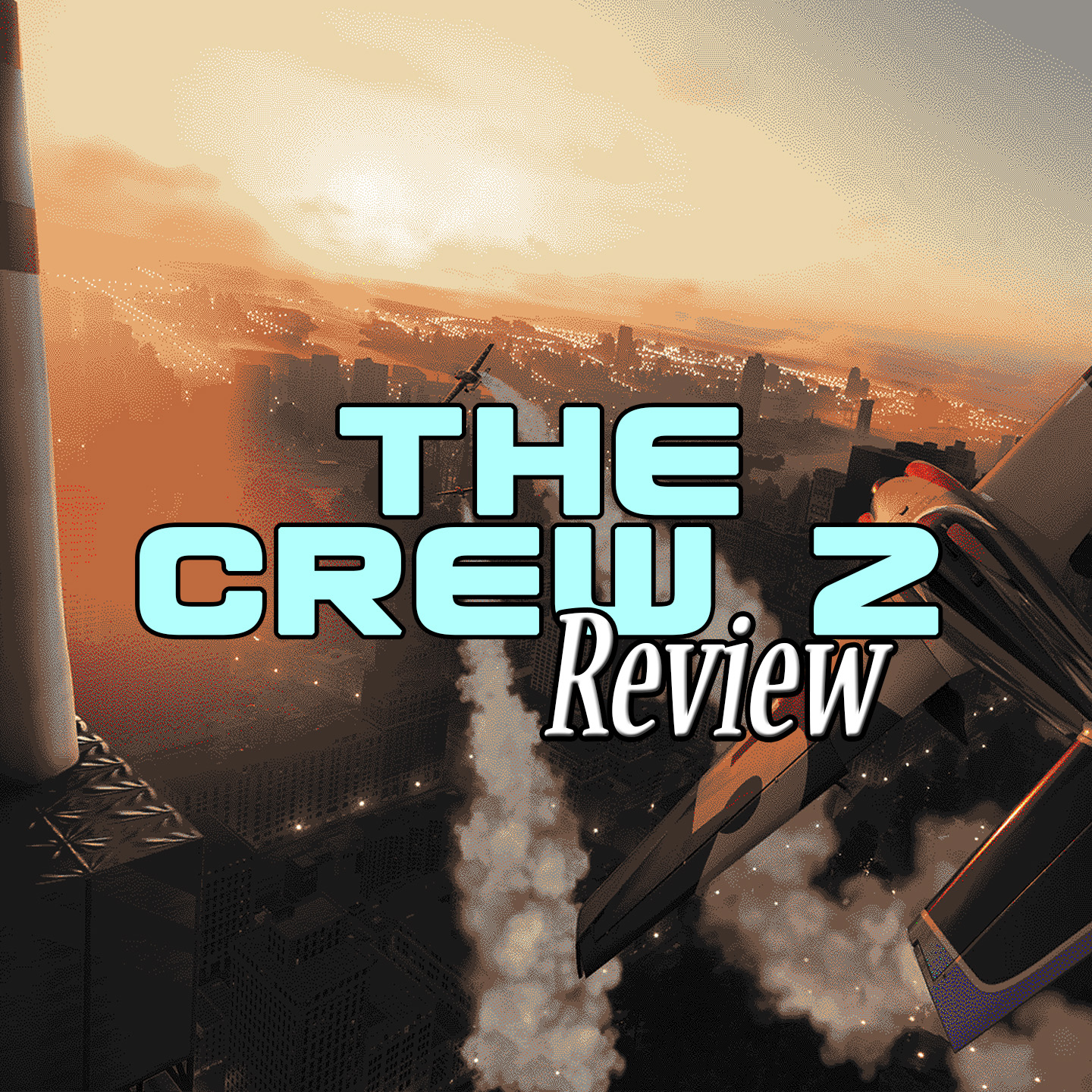 The Crew 2 is an arcade racing game developed by Ivory Towers and published by Ubisoft. This game features a whole slew of wildly different changes to the franchise. It was originally a shared world multiplayer racing with drop-in drop-out prompts. Now, as of launch, it has zero multiplayer, and the other cars in the game are just ghosts of other player’s races. The plot has also changed, with the original being a gritty tale of revenge and taking down a violent criminal organization from the inside (that somehow includes racing). Now, you are an up and coming racing enthusiast who’s trying to get followers on social media. The racing structure has changed, originally focusing on races where you have to ram an enemy car until it is destroyed. Now, you don’t do that either. But you do get to play various different forms of racing by sea, air, and land. Basically, you become the Navy SEAL of racing.

As you may have heard, The Crew 2 has one of the largest maps out of all racing games ever. It could even compete with non-racing games in terms of square footage. I dare say it’s larger than Skyrim. On the Xbox One S, there are a few minor graphical glitches. There are also a handful of moments of frame drop here and there. But the game is One X Enhanced and HDR and one can only assume it looks stellar on that. Texture quality inside the city can sometimes be lacking. However, a lot of the lighting effects at night look spectacular and the rain looks as authentic as it can get. Overall, it’s decent looking with a chance to look better. This is a situation where the quantity trumps the quality. Sure, certain buildings, trees, and other scenery are copy and pasted. With several dozen cities to explore, there’s still plenty of variety as you hope from location to location. What I’m saying is it looks ‘good enough’ to earn that 2. Only in the sense of scope, and the fact that I know this looks better on more powerful platforms.

Atrocious. The Crew 2 could have kept things really simple when they decided to knock of the Forza Horizon formula for progression and advancement. But the FH series uses the race festival as a framing device for the game. Ivory Towers instead chose to add 4 ongoing in-game narratives where you are actively trying to compete to race against the leader of the 4 clubs. Which would have also been fine but the problem was the script. It sounds like it was written by a 40-year-old who watched teen dramas from the 90s and went ahead with it. The lengths the game goes through to try and so “so totally cool” are all pure cringe. You have banter before races that are annoying, cutscenes where the club leader spouts bullshit posturing. It got a point where I actively decided to switch the in-game spoken language to Spanish, but that didn’t work because it still sounded obnoxious. Ignore the plot at all costs.

Even though the script for the game is pretty poor, the voice actors who performed in the game clearly gave it their all. They committed to their roles and handled it the best they could. The car selection is very limited in this game. But in doing so, the range of different car sounds are noticeable and accurate. There’s a variation of sound when you’re in a chase cam, hood cam, or dash cam. I also have to stop and appreciate the licensed soundtrack. I listen to almost every genre of music, but I tend to sleep on country music. But the country channel in-game has some bangin’ tunes. That combined with doing the rally races are a perfect combo. The same goes for several other channels. The rock music selections are great for car races and the EDM channel goes great with boats.

The biggest glowing problem with The Crew 2 is its frankly blatant use of rubber band AI. That’s right, in this day and age where we can have some pretty realistic AI opponents, this game opts out. It’s frustrating that a game with such fun driving mechanics is held back by this. It’s very obvious that when you’re in first place, the cars behind you will catch up no matter how big the split time is. When an AI driver is behind you, they will pass you by instantly. It’s almost as if they are being dragged around you by hand and ignoring the game physics. But not every race is like that. You also only have to place top 3 in the races to win the event, which satiates some of the pain. The cars also practically stop and wait for you if you crash. There’s still so much to do though and the whole package will keep you entertained for a very long time. If you divide up your experience between races and free roaming, you will have a good time. If you are only focused on completing the races, it may be a bit harder to like it. Either way, the variation of events you can participate in is broad enough to keep everything fresh. If you are sick of racing, you can go offroading, boating, and flying. Also, there’s a monster truck section and that in and of itself deserves mention. The monster truck events are a bit on the lame side. But driving around the map in that brick house of a ‘car’ is all the more fun.

This game is fun despite a lot of its flaws. As said before, the map is huge and offers hours and hours of exploration. But if you don’t feel like driving to the next race, there are options. You can just teleport there either by the map screen or the menu screen, and you’ll be right at the entrance in mere seconds. The very short loading times in this big game are rather impressive. You can finish a race in New York and then fast travel to another race in San Francisco in less than 10 seconds. When you enter an event, you also have practically no waiting time. You enter a gate, drive slowly through it, then head to your starting position and the race starts instantaneously. I understand this is being used to high loading times, but it’s a very good example on how to hide loading the right way. Do whatever you want in this sandbox, or compete in an event, and you’re guaranteed to have a good time.

Ubisoft are on the correct path to success in the market of racing games. With just a bit more refinement, The Crew 2 could even be a viable competitor with the Forza series of games. Microsoft can no longer rest on their laurels, this game is here to challenge the Xbox’s only good exclusive (right now). If you like just cruising around aimlessly, this is the game for you. If you like racing, it’s also a good choice for you, but more so the cruising.