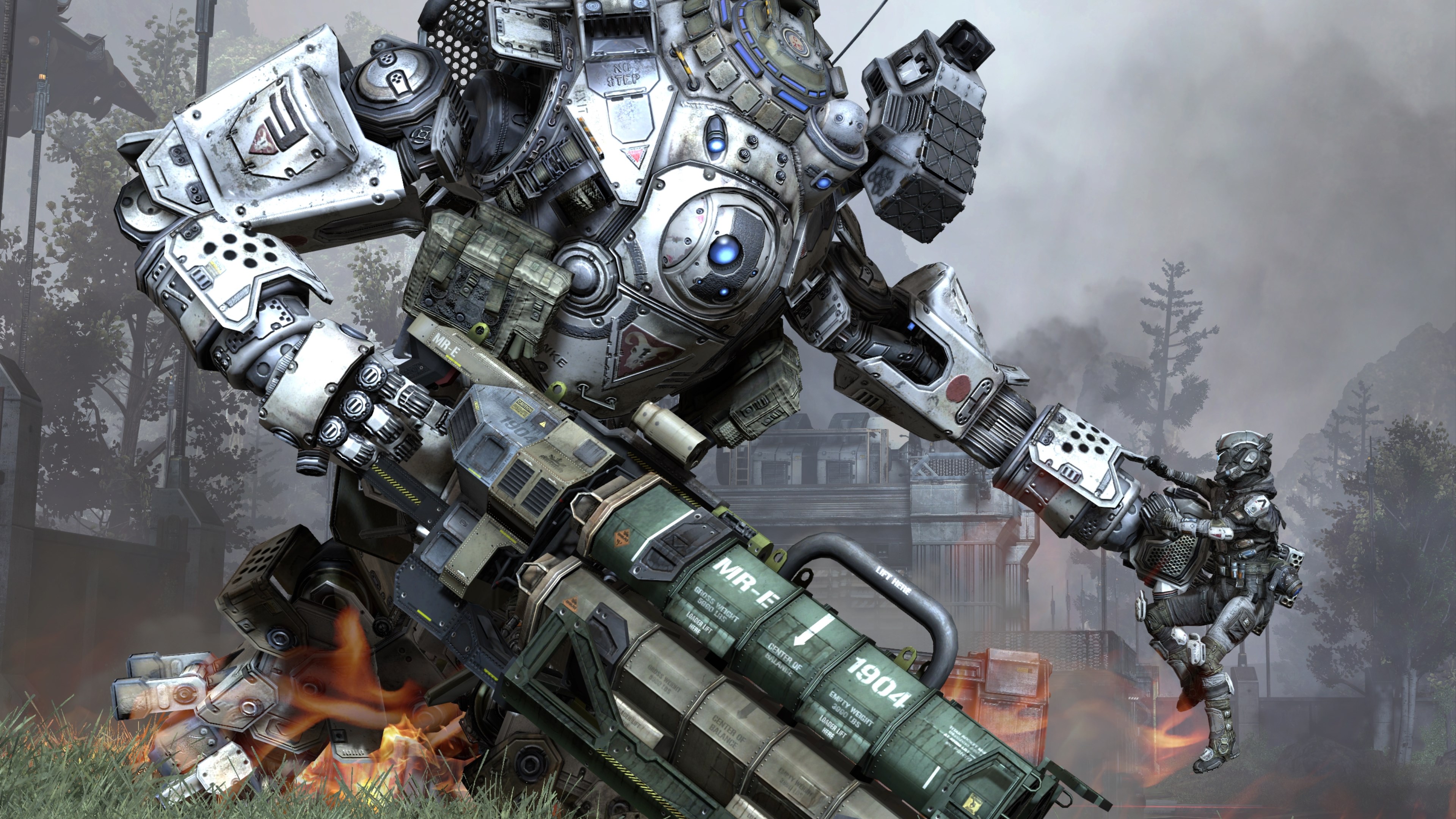 Titanfall 2 is a fast-paced, movement focused, futuristic FPS developed by Respawn Entertainment and published by EA Games. A lot of the focus is put on several unique factors, including using parkour techniques to fight your enemies, giant metal walking Gundam-style tanks, and a surprisingly robust campaign with more than just shooting people for 5-6 hours. The developer is comprised of a lot of the original creative team that worked on Call of Duty, so there’s an air of pedigree when it comes to this release. But how is it?

TTF2 has a surprisingly diverse palette for a modern military shooter type of game. Part of this is due to the futuristic “science equals magic” design to all of the locations. In the campaign, you’ll find your way through a factory that builds pre-fab houses, a factory that warps reality, and some high up radio towers, just to name a few places. The multiplayer sections adds many more maps with unique appearances and small visual touch-ups that make them really pop. With technically superior graphics and great design not only on the locations but on the variety of enemies, this game comes out on top when it comes to graphical prowess.

Now this was a real surprise. You could be forgiven going into this sequel to prior entry that had no campaign whatsoever (no, radio conversations over a multiplayer match doesn’t count), and think to yourself, how could this possibly be any good? Titanfall 2 succeeds on this front by having a fairly straightforward mission you carry out, filled with many boss encounters featuring a colorful set of adversaries, and a robot companion who comically takes everything you say literally. For the most part, TTF2 is keen to just sit back and let cool stuff happen to drive you forward rather than any emotional investments, and for a short campaign it works. It’s a shame the protagonist was a blandy mcblandface with a bland name I’ve already forgotten.

While the original score itself isn’t particularly special other than not just being generic orchestral fare, the real star of the show is the sound effects. This game knows what it means to make every gunshot, jump, wallrun, boost, and titular ‘titanfall’ have some incredible impact. Even more bombastic are the sound effects for the level up screen in multiplayer. Not even joking, look up how ridiculous the sounds are. No matter how much chaos is going on, the sound is constantly ready to match that level of craziness.

Calling Titanfall 2 a first person shooter doesn’t do it justice. A better description will be sprinting jetpack wall run shooter, or SJWs for short. [lennyface] It’s unfair to tell people they are playing a game the wrong way when they are not doing a certain thing, but right out of the gate, movement and physics play a big part in how you take on enemies. Additionally, there are many sections of the campaign that don’t actually have combat, instead making you tackle some very innovative jumping and platforming sections. It takes some phenomenal design to make first person platforming not completely suck, and this game pulls it off with flying colors. I haven’t seen this much variation in a campaign since, well, Half-Life 2 really.

I don’t particularly like playing shooters online much anymore, as they are usually prohibitively difficult for newcomers. But TTF2 unique blend of various tactics make one of the most entertaining multiplayer experiences I’ve had in years. Last multiplayer shooter I ever played extensively was Halo Reach, and that was quite a while ago. The variation of game modes and challenges keep me coming back week after week. On top of that, the free updates platform ensures longevity in the player base for continued fun to be had.

Titanfall 2 got me to actively play a multiplayer shooter again, and that means a lot. With an exciting campagin featuring some fantastically designed set pieces, TTF2 should not be missed if you’re looking for a shooter that takes some of the greatest elements of FPSs and puts them all together in an overall exemplary experience. An absolute must-have.