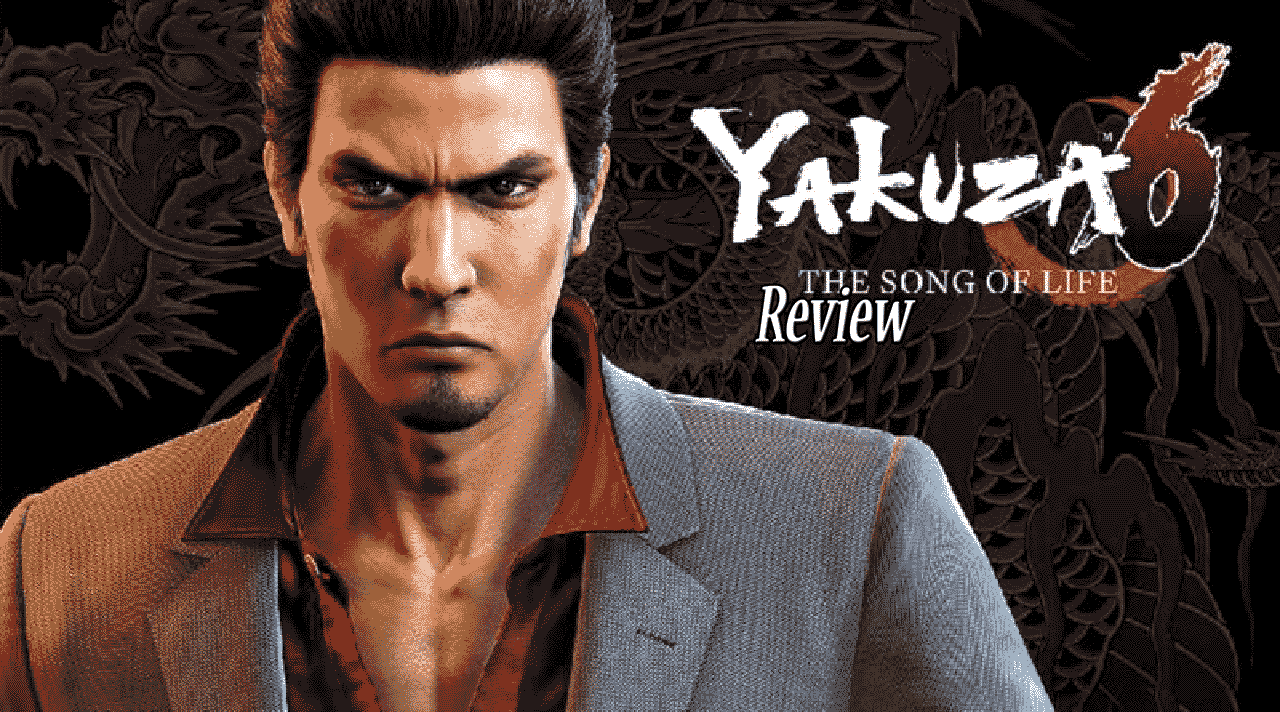 Yakuza 6: The Song of Life, is the send-off title for series protagonist Kazuma Kiryu. Developed and published by SEGA, the action-adventure PlayStation 4 exclusive was released on April 17, 2018. Technically the seventh main entry in the series, Yakuza 6 is an open-world adventure with a heartwarming and enchanting story to tell. As well as an incredible story to finish. Set in modern day 2016 (due to localization timing it’s actually two years behind) Yakuza 6 continues the series history of providing a look into Japanese culture and locations. Does Yakuza 6 do the series justice as a closing chapter?

Running on the all-new Dragon engine, Yakuza 6 is one of the most beautiful games of this generation. What makes the game even more beautiful is the transition away from the massive amount of loading screens in previous series entries. The fluidity of the game mixing cinematic moments and gameplay is stunning. The game takes the player to various cities throughout fictional Japan that represent the various environments that represent real Japan. The fictional city of Kamorucho is just as vibrant, commercial filled, and beautiful as the real Tokyo city. The biggest area to appreciate the graphics overall though absolutely goes toward character models. Every major character in the game looks inserted directly from real life. In some moments the facial expressions are so powerful, it was nearly impossible to resist tearing up. Even secondary characters, who obviously receive less attention, looked stellar. Nothing ever falls flat against the background, which makes the world feel truly alive and fully immersive. There may be a few games out there that look better in some areas but very few pull together all the elements in such a glorious way.

The final entry in the adventure of the Dragon of Dojima does an excellent job of bringing this narrative full circle. All the things that are loved and hated about Kazuma Kiryu appear to boost him or attempt to destroy him. His Yakuza past is just as damaging as it is protective of his family at the orphanage. Civilians, Yakuza, and the newly included Triad and Korean gangs all get a sense of the man that has been built over the past 20 years. From start to finish, this game is about how the life and choices of one man can have a larger impact on the world around him. This story shows growth, evolution, and humanity in a world shrouded in darkness. It brings hope for a greater future for everyone by testing the resolve of a man many wish they could be. His lifestyle has made it possible for him to explore things others never could as well as things others never want to. The biggest impact is Kazuma’s commitment to his own rules and regulations. He even comments on it while struggling with an insane decision. This is the type of story that needs to be adapted to other forms of media because it needs to be experienced by that many more people. If this is the final time we see Kazuma Kiryu, the Dragon of Dojima in action the send-off was perfect. Honestly, the story is told so perfectly that even someone who has never played a game in the series before can appreciate it.

It’s always tough to look at voice acting for Japanese voiceover games and give it a solid review because it’s a completely different language. Although the voice acting sounds great, who knows how cheesy it really sounds at home. What really gives this game a strong shine is the way the sound effects of the city pull the world together. Everything happening on screen can be heard and everything that can be heard serves a purpose. Walking past the arcade, the sound of all the games can be heard, just as walking by schoolgirls provides the annoying giggles. Menu sound effects are short and sweet. The one major issue with audio was the lack of any option to alter the levels of dialogue and sound effects. It does, however, have a really cool speaker placement control system. Making sure all the angles of sound and voices are perfect.

The Yakuza series has always been a quirky series filled with outlandish mini-games and Japanese cultural references. Although not as heavily jam-packed with mini-games as some of the later entries, in this case less is more. Batting cages and karaoke return alongside newcomers like gang building and underwater spearfishing. Contrary to the last two non-remake entries’ wide roster of playable characters, The Song of Life is strictly about Kazuma. The gameplay does an excellent job embracing that by also limiting fighting styles that older Kazuma uses to one style he’s mastered over the past two decades. This focused approach makes the game more about character building and really creates a strong relationship between player and antagonist. The quirkiness of the gameplay definitely isn’t for everyone but for those who know what to expect, the surprises are endless.

Yakuza has been a ridiculously fun game from the beginning. Yakuza 6 takes advantage of technological advancements and continues the legacy. Whether playing through the powerful main story or getting involved with a ridiculous side story like “I, Hiji,” putting the control down is hard. The only thing that’s always gotten in the way for many players is the lack of English voice acting. It becomes easy to fall out of the story when cutscenes begin and the reading part ensues. Outside of that everything else that takes place is amazing. Want to hit up an online chat room? Go for it. Want to spend the day chasing and beating up thugs around the city? Go for it. So few things are off limits that it’s really hard to not enjoy the time spent in fictional Japan.  And if for whatever reason more excitement is needed, visit any of the Sega arcades and switch to a number of games. Heck, invite a friend over and beat them up in the B version of Virtual Fighter 5 right inside of Yakuza 6. Tell me where this game lacks fun again.

There are maybe a couple dozen video game series and characters that have attempted to bring the story arc to a complete close. There are even fewer spanning a length of time as long as Yakuza. And even less that have done justice to the story that was started. Yakuza 6: The Song of Life is the perfect ending to a story that has been a part of the PlayStation legacy almost as long as the PlayStation itself. Yakuza 6 is fun, unforgettable, and unique. It packages the end of an era with the beginning of the next so well, it leaves nothing but awe-inspiring appreciation.