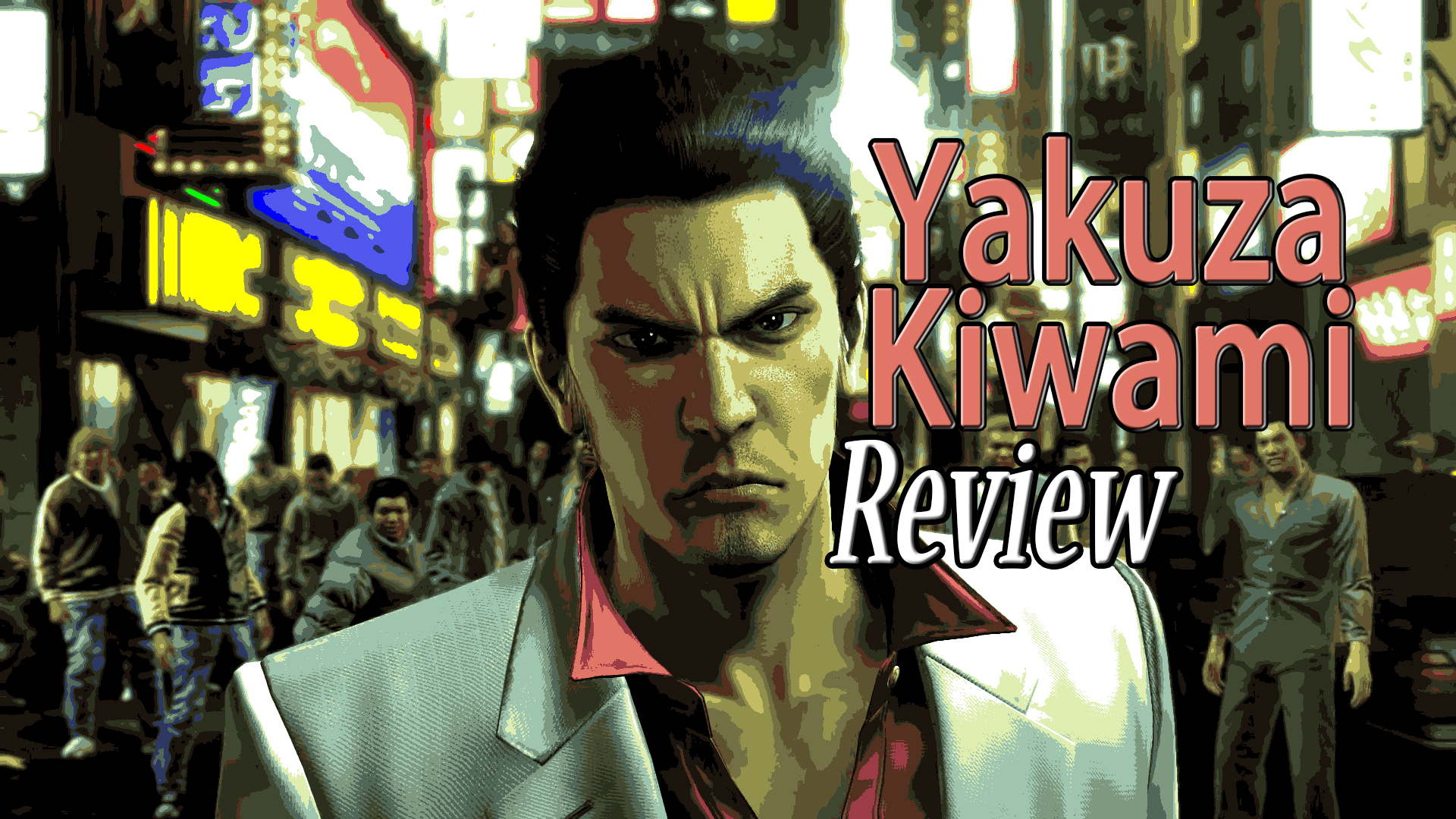 The name brings fear into the hearts of many. This historical hallmark of crime syndicates is the centerpiece of this game. Yakuza Kiwami is the latest title in the popular franchise, but also serves as a remake of the original PS2 game. Released worldwide on August 29, 2017, the remake not only sports updated visuals but also updated gaming mechanics. Developed and published by Sega, Yakuza Kiwami tells the story of a mafia member trying to change the entire system in which the Yakuza work.

One of the most powerful components of Yakuza was its graphical fidelity. Even moreso even on PS2, it looked more stunning than 90% of the games on the market. Yakuza Kiwami keesp the long running series’ history of incredible graphics alive and well. As an official remake it is great to see that no time was wasted and no corners were cut when it came to making sure Tokyo was depicted excellently. Shops in the background pop with just enough vibrancy to coexist with the forefront objects. Emotions can truly be seen in the faces of every character including the useless NPCs on the streets. Cutscenes transition to gameplay incredibly smoothly. Once again Yakuza steps into the market ring and comes out in the top 10%.

Loyalty is one of the most elusive human traits of all time. The Yakuza plot explores this concept at the most extreme levels. The protagonist of the story Kazuma Kiryu takes blame for a murder committed by a close friend. After being curiously expelled from the family and spending 10 years in prison (released on parole for good behavior), Kazuma returns to an all new family that sees him as a threat. One of the strongest selling points of this story is the way that all the side characters feel just as important as the leads. Every conversation held between any set of characters is complimentary to the character development and plot advancement. Very few objectives in the game can be completed without having conversations with multiple side characters and NPCs. The missions that can be completed have bonus rewards or story details that can be found in unnecessary dialogue. A story about what it means to be a loyal member of one of the most deadly organized criminal organizations of all time, this games sits very high on a pedestal of great storytelling.

As an American gamer with interest in Japanese storytelling, the lack of American voiceovers is off-putting for some and perfect for others. The subtitle translation is nearly flawless however. The sound of the city is slightly lacking and in many points can feel lacking and hollow. When the ambience gets it right though, it gets it perfect. The chatting of people on the street corners about the fight that just took place really fills in the liveliness of the world. Overall the sound is nothing to be blown away by but also nothing to shake a finger at in shame.

One thing that has to be addressed is that most Japanese game developers have an obsession with trying to fit in every possible gameplay mechanic in one. Yakuza as a series is no exception. Yakuza Kiwami has taken the original and packed it with all the flavor from the newer games. Mini games are abundant throughout the city, with some even being major components of the narrative. And of course not mentioning the fighting game mechanics would be completely foolish. 4 fighting styles that can be upgraded, and maximized individually, adds a flair to gameplay that is lacking in most other modern day RPGs. Along side the fighting style, ways to go about traveling the city have to be acknowledged as well. One particular mechanic is the inclusion of the follow button. During missions where the player has to blindly follow some other character in the game, holding the R2 button will take care of all the work. There isn’t anything completely out of the ordinary, which can partly be attributed to it being a remake, but Yakuza Kiwami excels excellently at executing the normal exceptionally.

An overwhelming level of RPG elements take the Yakuza games very far from being the Japanese version go Grand Theft Auto. With a slew of different gameplay styles, the complexity of the game may be discouraging to many. Those who find themselves deeply ingrained in the story will enjoy exploring everything it has to offer. The fun factor in this particular series comes from the amount of depth to the Japanese culture that can be explored. as a pick up and play for a few minutes probably not the best option as it is hard to really get anything out of that. However, the game is fun enough to make the 3-4 hours of gameplay required per sitting to get anything done more than worth it.

Yakuza Kiwami has set the standard extremely high for the remake world. Updated visuals put a brand new spark into the entry of an amazing series. Well balanced gameplay and outrageous unique elements keep the game exciting and fun during every session. The most powerful element of the game however is absolutely the story it tells. Loyalty, conviction, self development, and growth are all just a few of the topics that the narrative covers. If Yakuza Kiwami is the beginning of a strong gaming season, it opened the gate with a strong forward kick.